Trump: US doesn't 'have to be bound' by 'one China' policy 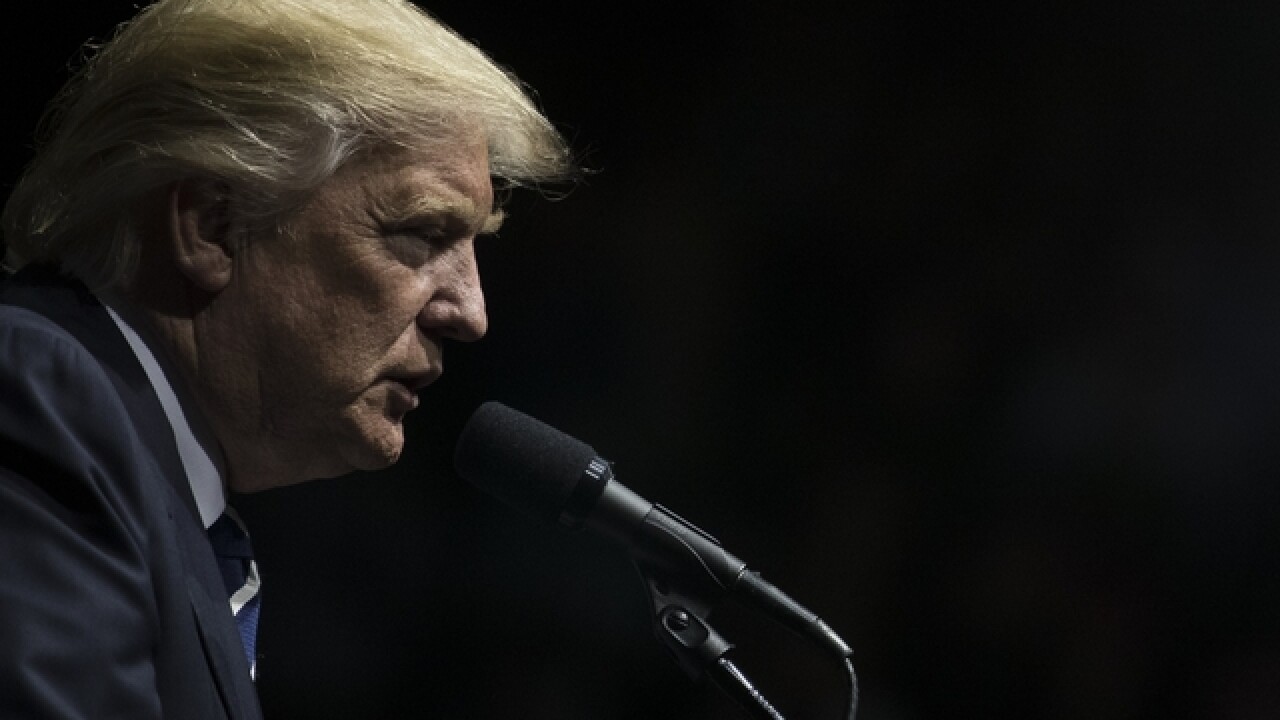 By: CNN
Posted at 5:48 PM, Dec 11, 2016
WASHINGTON (CNN) -- President-elect Donald Trump again signaled Sunday a willingness to confront Beijing, questioning whether the United States should keep its long-standing position that Taiwan is part of "one China."
"I fully understand the 'one China' policy, but I don't know why we have to be bound by a 'one China' policy unless we make a deal with China having to do with other things, including trade," Trump said on "Fox News Sunday."
Trump had set off a diplomatic controversy when he took a call from Taiwan's leader. The United States recognizes Taiwan as part of China -- and Chinese officials were furious over the first conversation in decades between a Taiwanese leader and a US President or President-elect.
Trump indicated Sunday he won't hesitate to anger China until the country comes to the bargaining table on trade and severs ties with North Korea.
"I mean, look, we're being hurt very badly by China with devaluation, with taxing us heavy at the borders when we don't tax them, with building a massive fortress in the middle of the South China Sea, which they shouldn't be doing, and frankly with not helping us at all with North Korea," Trump said.
"You have North Korea. You have nuclear weapons, and China could solve that problem, and they're not helping us at all," Trump said.
Antagonistic rhetoric toward China was a feature of Trump's campaign rallies through both the Republican primary and general election.
He has accused China of manipulating the value of its currency in order to give its products price advantages in the American market.
Trump has also called for much steeper tariffs on products imported from China -- and then criticized US companies, including Boeing, which have pointed out that could set off a trade war with Beijing that could close its market to US-made products.
Trump's comments Sunday made clear he intends to force a new deal with China.
But it hasn't been clear whether Trump was ready to eliminate the "one China" policy that has been the cornerstone of diplomatic relations since President Richard Nixon went to China.
The formula, enshrined in the documents that eventually led to the establishment of US relations with China, permits Beijing to regard Taiwan as a part of China and the United States to sell the nationalist island arms to defend itself against the mainland, and has headed off a major US-China clash over the issue.
But Trump has bristled at the policy, ignoring it and provoking China before even taking office.
"I don't want China dictating to me and this was a call put into me. I didn't make the call, and it was a call, very short call saying 'congratulations, sir, on the victory.'
"It was a very nice call. Short. And why should some other nation be able to say I can't take a call. I think it actually would've been very disrespectful, to be honest with you, not taking it."
The-CNN-Wire
™ & © 2016 Cable News Network, Inc., a Time Warner Company. All rights reserved.
WSYM