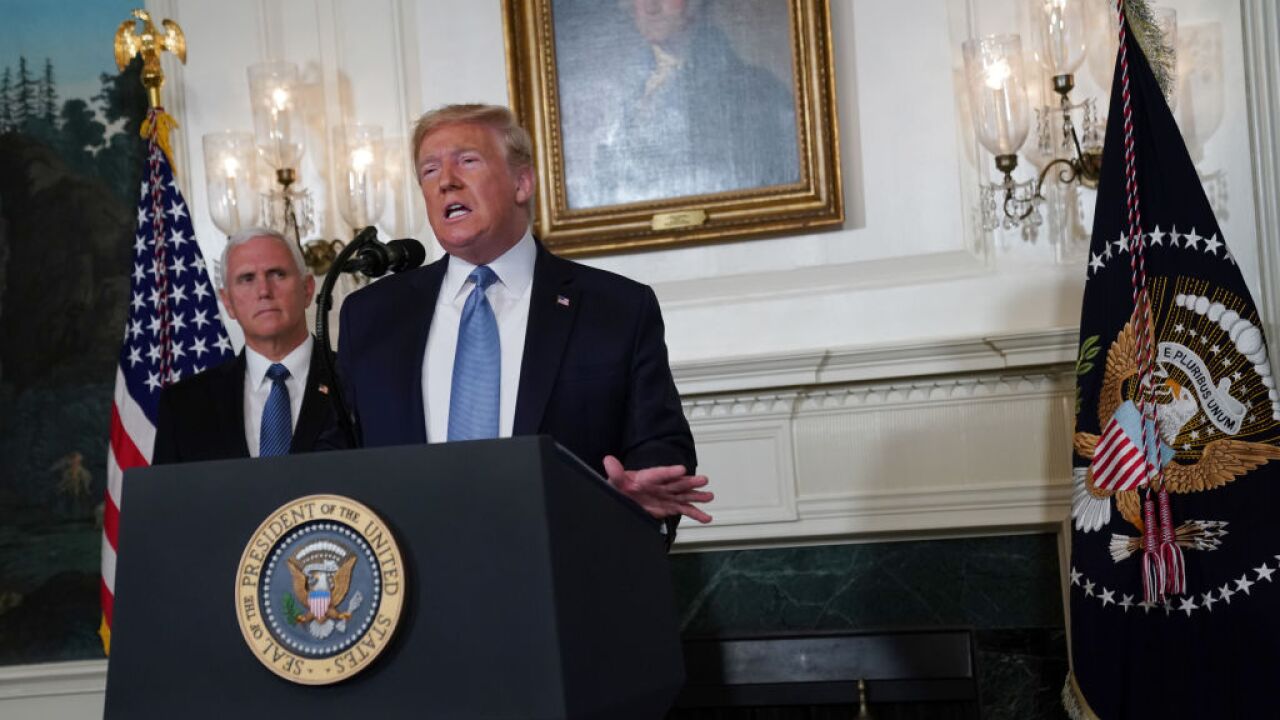 President Donald Trump announced on Friday a new round of tariffs on China set to start October 1 in the latest escalation in the trade war with Beijing .

The President tweeted that "the 250 BILLION DOLLARS of goods and products from China, currently being taxed at 25%, will be taxed at 30%."

"Additionally, the remaining 300 BILLION DOLLARS of goods and products from China, that was being taxed from September 1st at 10%, will now be taxed at 15%," Trump wrote.

The announcement came after Beijing unveiled a new round of retaliatory tariffs on about $75 billion worth of US goods. China will place additional tariffs of 5% or 10% on US imports starting on September 1, according to a statement posted by China's Finance Ministry.

Stocks finished a volatile trading day sharply in the red Friday, after a selloff driven by the new retaliatory tariffs from China and the President's criticism of Federal Reserve policy.

It was the worst day for stocks since August 14. It was the fourth down-week in a row, according to Refintiv.