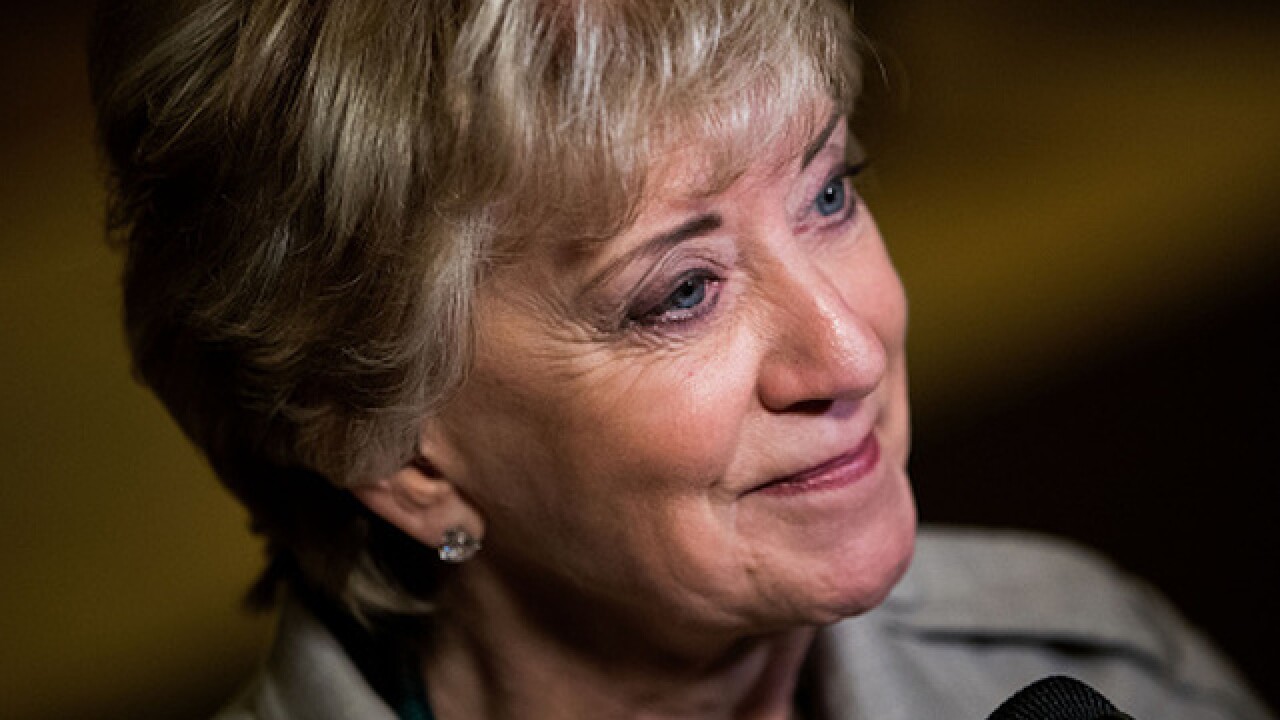 McMahon and her husband, Vince, founded and built World Wrestling Entertainment Inc., now a publicly traded sports entertainment company. She stepped down as the company's chief executive officer in 2009 and in recent years began a start-up to encourage more women business owners.

She also poured $100 million of her fortune into two unsuccessful bids for a U.S. Senate seat in Connecticut and has become an influential Republican donor.

"Linda is going to be a phenomenal leader and champion for small businesses and unleash America's entrepreneurial spirit all across the country," Trump said in a statement Wednesday.

Trump said she shares his vision of decreasing "burdensome regulations that are hurting our middle-class workers and small businesses."

"As an entrepreneur myself, I have shared the experiences of our nation's small business owners and will do my best to advocate on their behalf," McMahon said in a statement. "My husband and I built our business from scratch, building it to a publicly traded global enterprise with more than 800 employees."

McMahon has known Trump for three decades and contributed $5 million to his family charity, almost all of it in 2007. Trump has participated in WWE events, including a 2007 "Battle of the Billionaires," during which he shaved Vince McMahon's head.

Trump wasn't McMahon's first choice for president. She first backed New Jersey Gov. Chris Christie. But McMahon told The Associated Press in September that she was confident Trump would be a good president and said the two were on good terms.

"Once you're his friend, he is loyal to the end," she said. "He's an incredibly loyal, loyal friend."