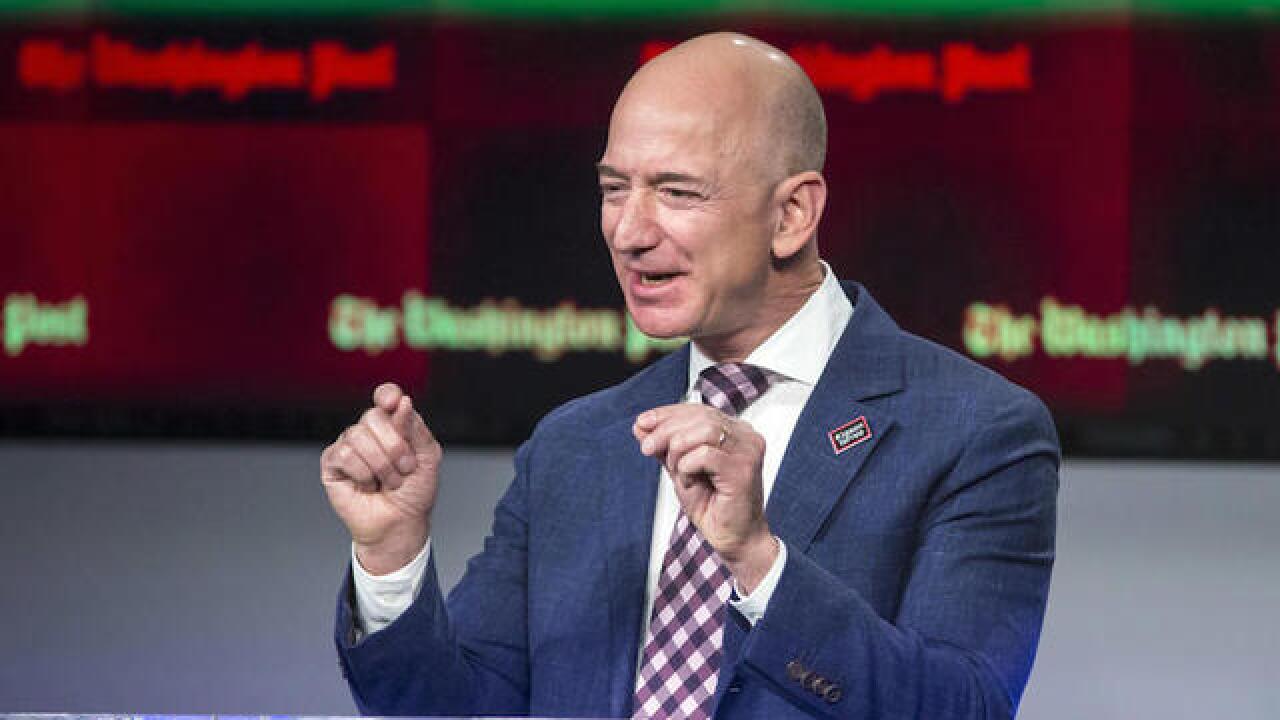 Copyright Associated Press
J. Scott Applewhite
<p>In this Jan. 28, 2016, file photo, billionaire Amazon founder and Washington Post owner Jeff Bezos talks about the history and character of the Post during a dedication ceremony for its new headquarters in Washington. Bezos took over as owner of the Post in 2013. As more major newspapers are bought by millionaire owners, there are concerns about whether the owners will meddle in the papers' coverage. (AP Photo/J. Scott Applewhite)</p>

The presumptive Republican presidential nominee tells Fox News that Bezos is "using The Washington Post for power so that the politicians in Washington don't tax Amazon like they should be taxed."

The comments came after the newspaper's associate editor, Bob Woodward, was quoted as saying the Post has "20 people working on Trump." The newspaper has also announced plans to publish a book on Trump.

In a statement, Post executive editor Martin Barron says he's "received no instructions from Jeff Bezos" regarding campaign coverage, and the decision to write a book came from the newsroom. Amazon didn't immediately respond to a request for comment.