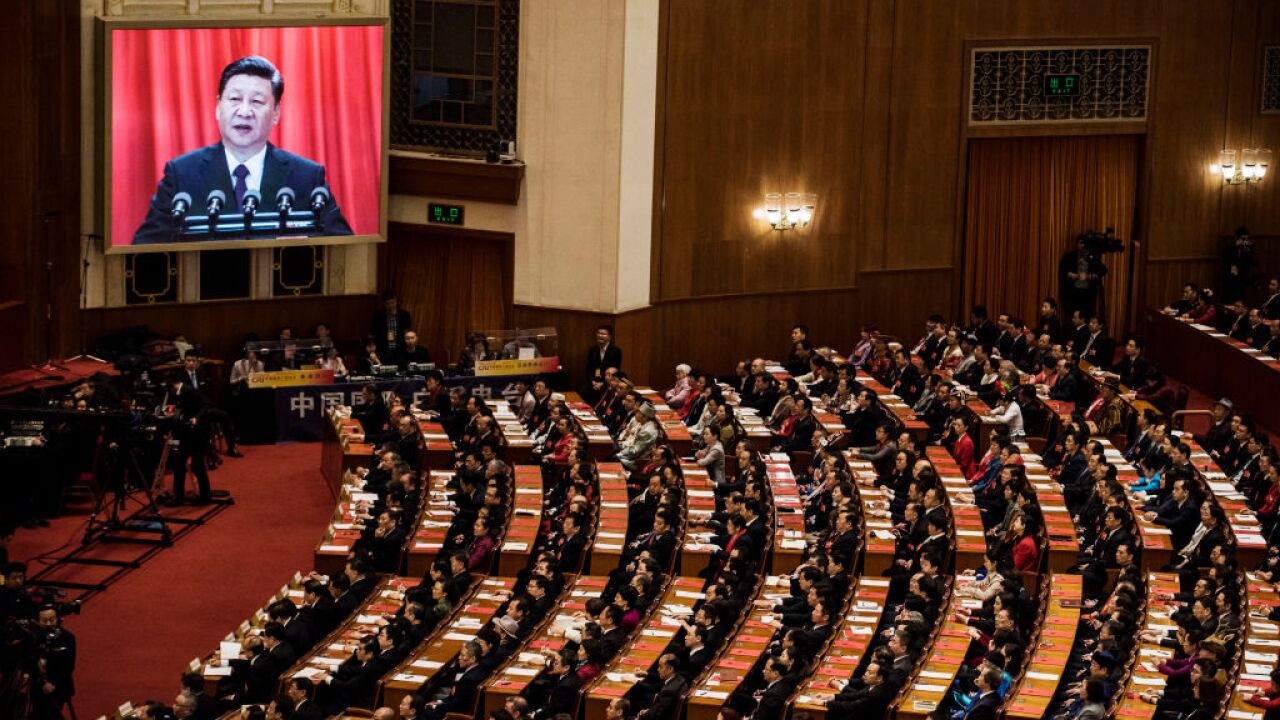 US President Donald Trump has threatened to slap tariffs on another $300 billion of Chinese exports to the United States if China's leader Xi Jinping doesn't meet him at the G20 in Japan.

There has been no public indication that the Chinese president intends to avoid Trump at the summit of world leaders in Osaka on June 28 and 29, where the pair are expected to discuss the raging trade war between their nations.

"I think he will go and I think we're scheduled to have a meeting. I think he'll go," Trump said in a phone interview with CNBC Monday. "I would be surprised if he didn't go. I think he's going. I haven't heard that he's not. We're expected to meet and if we don't that's fine and if we do that's fine."

But when asked if a failure by Xi to meet him at the summit would lead to tariffs being imposed on the last $300 billion of Chinese imports to the United States to have so-far escaped the trade war, Trump replied: "Yes it would."

On Tuesday, Chinese Foreign Ministry Spokesman Geng Shuang said that Beijing had noted recent US remarks on its expectations of a meeting between the two leaders.

"Our attitude on the trade war has been firm and clear: China doesn't want a trade war but we are not afraid of fighting it," he said. "If the US is willing to negotiate on an equal footing, our door is open. If the US insists on escalating trade frictions, we will respond firmly and keep it company to the end."

Negotiations between China and the United States on a trade deal have stalled since talks broke down in early May, with both sides blaming the other.

Shortly afterward, the Trump administration raised tariffs to 25% on $200 billion of Chinese goods. Beijing responded by raising tariffs on $60 billion of US exports and escalating its anti-American propaganda. On May 30, the Chinese government accused the US of "economic terrorism."

There were hopes that a face-to-face meeting between Trump and Xi might help ease trade tensions, as was the case when they met on the sidelines of the G20 in Argentina in November and agreed to a trade-war ceasefire.

Later on Monday after the CNBC interview, Trump told reporters that he wouldn't be insulted if Xi refused to meet with him.

"I'm never insulted. I've learned not to be insulted," Trump said on the south lawn of the White House.

Trump maintained that he had a "great relationship" with Xi despite the rise in trade tensions between their two countries. "I think he will be there. We're scheduled to talk. Interesting things will happen. We'll see what happens," the US leader said.