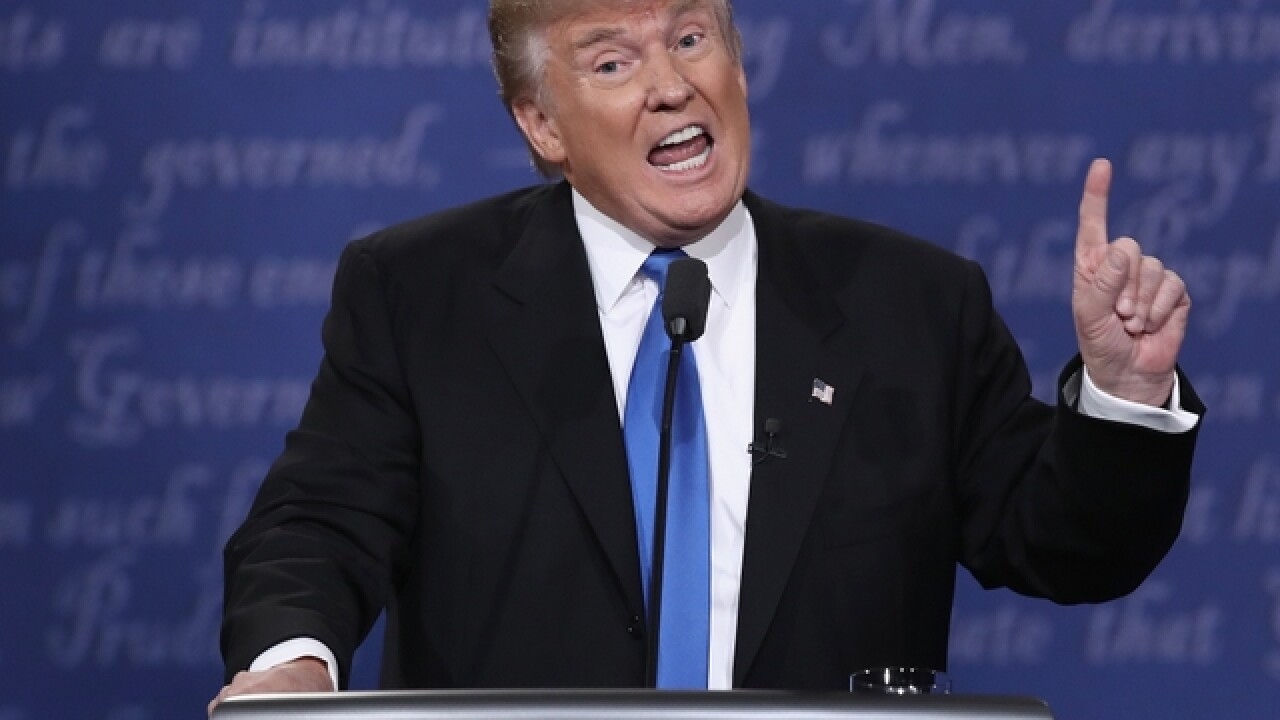 WASHINGTON (CNN) -- President-elect Donald Trump took to Twitter Tuesday evening to deride the US intelligence agencies due to brief him on alleged Russian hacking of American political groups.
It was his latest attack on a key body he will rely on as commander in chief and again put him at odds with the agencies' unanimous conclusion that Russia hacked Democratic Party groups and individuals to interfere in the US presidential election.
Trump suggested that intelligence officials postponed an " 'intelligence' briefing on so-called 'Russian hacking' " that they were set to deliver to him this week because they might need more time "to build a case." He called the alleged delay "very strange."
Trump said last week that he would receive an intelligence briefing on the Russian breaches this week and suggested it would come early on, telling reporters on New Year's Eve that they would know more about the subject "Tuesday or Wednesday."
But US intelligence officials disputed Trump's tweet alleging a delay.
Top US intelligence officials have been scheduled to brief Trump on the full report on Russian hacking President Barack Obama ordered once it was completed, but the meeting was not set to take place until later in the week, according to US officials.
The meeting was never scheduled for Tuesday, as even Obama has yet to receive the full-fledged briefing on the Russian hacking, one US official said.
And a US intelligence official told CNN that Director of National Intelligence James Clapper was never scheduled to be in New York City, where Trump is, on Tuesday -- and was perplexed about the "delay" Trump claimed was taking place.
Trump on Tuesday did receive a classified intelligence briefing -- the Presidential Daily Briefing -- which Trump has elected to receive only sporadically. But it did not dive deeply into the Russian hacking.
US officials briefed on the matter said Clapper, National Security Agency Director Adm. Mike Rogers, FBI Director James Comey and CIA Director John Brennan are scheduled to attend the meeting with Trump providing him details on the Russian hacking.
While Obama met with the heads of US intelligence agencies in his first weeks as president-elect, Trump has yet to do so eight weeks after he was elected, which US officials said was due to Trump's scheduling conflicts.
Instead, the President-elect has repeatedly questioned their assessment of Russian cyber activity.
Before the election, when 17 US intelligence agencies issued a public statement concluding that Russia orchestrated the hack of the Democratic National Committee, Trump immediately cast doubt on those conclusions, arguing it was impossible to distinguish between a Russian government operative and "somebody sitting on their bed that weighs 400 pounds."
After Obama then slapped a series of sanctions on Russia, Trump issued a statement calling for the country to "move on to bigger and better things" and then tweeted praise for Russian President Vladimir Putin for not retaliating against the sanctions.
Trump continued his skepticism on New Year's Eve, telling reporters once again that it "could be somebody else."
"I know a lot about hacking. And hacking is a very hard thing to prove," he said.
He added that he also knows "things that other people don't know, so they can't be sure of the situation."
CNN's Jim Sciutto contributed to this report.
The-CNN-Wire
™ & © 2017 Cable News Network, Inc., a Time Warner Company. All rights reserved.
Copyright 2017 Scripps Media, Inc. All rights reserved. This material may not be published, broadcast, rewritten, or redistributed.