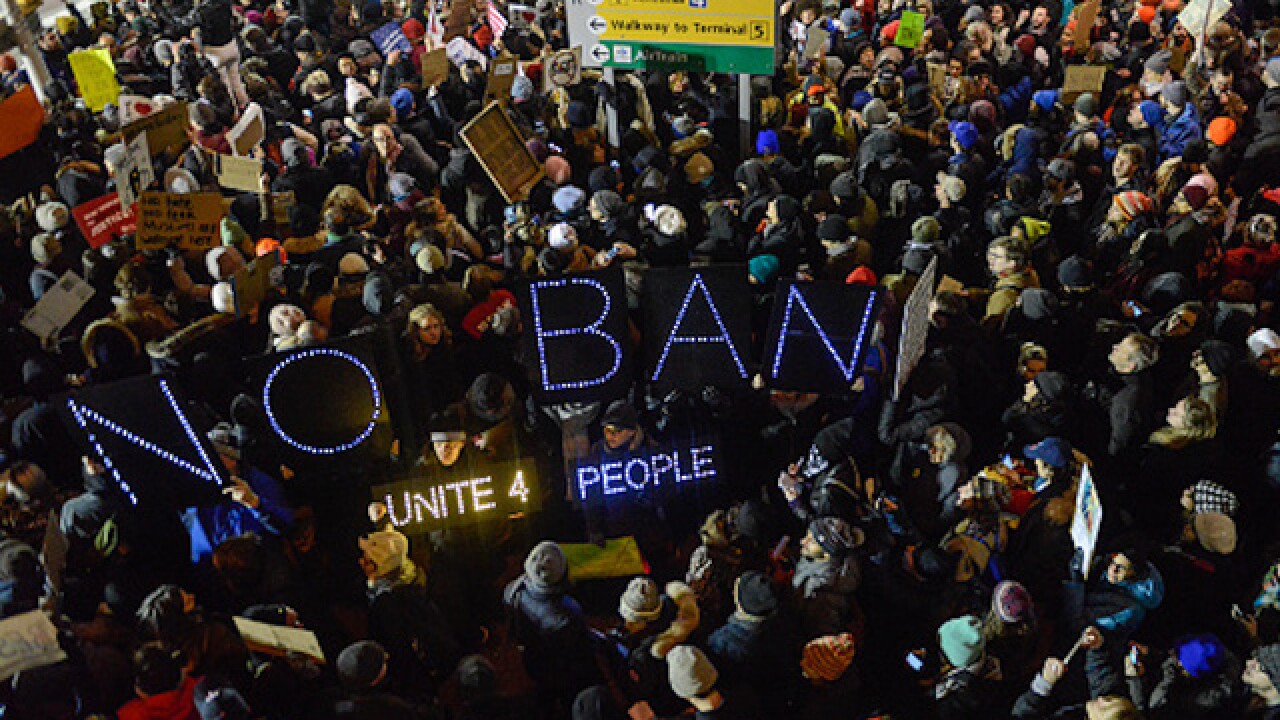 WASHINGTON (CNN) -- After a weekend of chaos and uncertainty, President Donald Trump said Monday that the "big problems at airports" were not caused by his executive order on travel and immigration, but by the tears of Senate Minority Leader Chuck Schumer.

"Only 109 people out of 325,000 were detained and held for questioning. Big problems at airports were caused by Delta computer outage ... protesters and the tears of Senator Schumer. (Department of Homeland Security) Secretary (John) Kelly said that all is going well with very few problems. MAKE AMERICA SAFE AGAIN!" the President wrote over two consecutive tweets.

The President signed an executive order that the administration says is designed to curb terror threats and create a more thorough vetting process of refugees. The order signed on Friday temporarily banned travel to the US for people from various countries -- including some already in transit -- as well as delaying of accepting refugees for at least 120 days and banning Syrian refugees indefinitely.

This led to travelers being detained who arrived in the US after the ban was put in place and a weekend of protests across the country.

Additionally, Delta's computer outage, which did cause major delays and at least 250 flights to be canceled, didn't occur until Sunday night. But the protests over the holding of individuals and the travel ban had been well underway for two days at that point.

Over the weekend, Schumer, a New York Democrat, was discussing the travel ban at a news conference and was brought to tears, calling the ban "un-American."

"This executive order was mean spirited and un-American," Schumer said. "It was implemented in a way that caused chaos and confusion across the country and it will only serve to embolden and inspire those around the globe who will do us harm."

Schumer told NBC on Monday that he would call for a vote on the Senate floor repealing the orders Trump put in place.