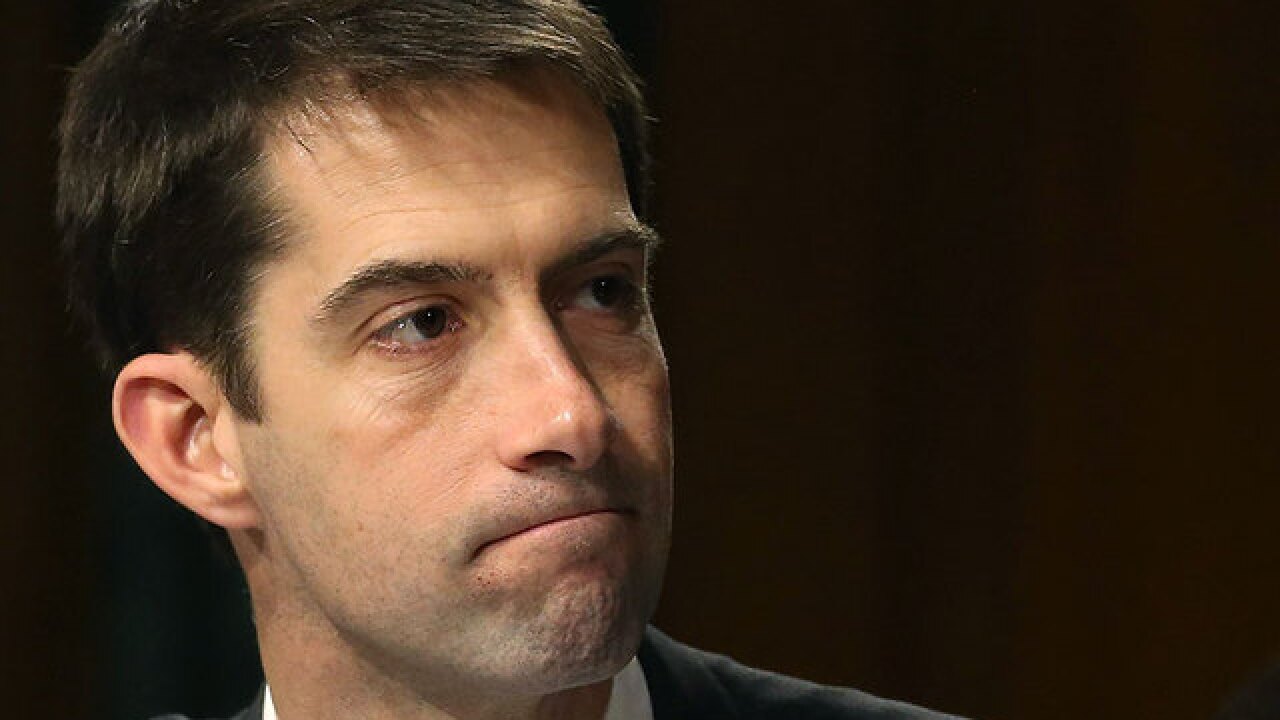 By: CNN
Posted at 8:52 PM, Jan 18, 2017
WASHINGTON (CNN) -- In the final days of President Barack Obama's second term, a couple of his critics took a moment to express some kind words.
Sens. Tom Cotton, R-Arkansas, and Joe Manchin, D-West Virginia, told CNN's Wolf Blitzer in separate interviews Wednesday that Obama brought "dignity" to the nation's highest office.
Cotton, a junior senator and frequent critic of Obama's national security decisions, said: "President Obama has been a good role model for young men throughout our society, especially people like him who grew up without a father."
"I think the kind of quiet dignity that he's brought to the private side of his life sets a really good example for young men all around the country who maybe don't have a father-figure or don't have a role model they can look up to," Cotton said.
And Manchin, a moderate Democrat from a conservative state, sized up Obama's legacy in a few words.
"He really brought a lot of dignity to the office, when you look at basically his family life and how he raised these two wonderful daughters," Manchin said.
He struck a similar note as Cotton, but also praised the direction Obama pulled the country in, while acknowledging their policy differences.
"The way he came in, and the way he's going out: without any mars to it, without any blemishes, without any scandal," Manchin said. "We are in better shape right now. The thing that bothers me most is we have about a $20 trillion debt."
The-CNN-Wire
™ & © 2017 Cable News Network, Inc., a Time Warner Company. All rights reserved.
Copyright 2017 Scripps Media, Inc. All rights reserved. This material may not be published, broadcast, rewritten, or redistributed.