Theresa May commits to Brexit vote in UK parliament 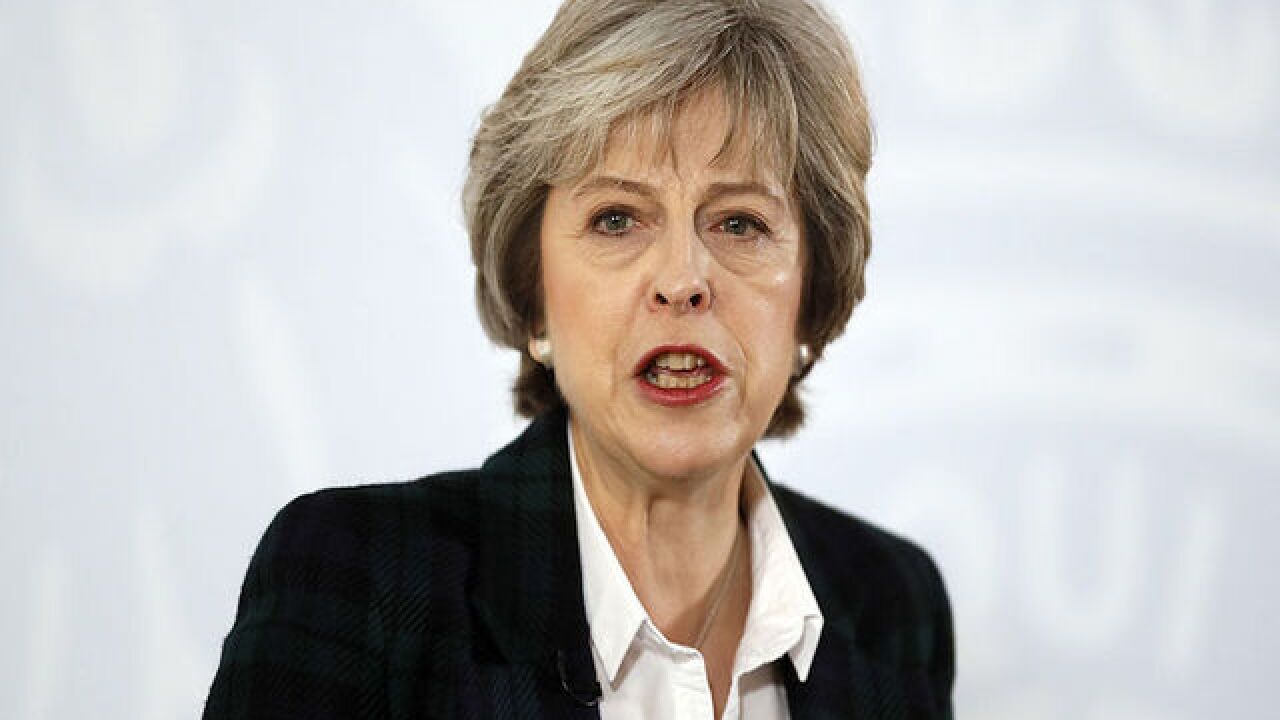 Copyright Getty Images
WPA Pool
<p>LONDON, ENGLAND - JANUARY 17: British Prime Minister Theresa May delivers her keynote speech on Brexit at Lancaster House on January 17, 2017 in London, England. It is widely expected that she will announce that the UK is to leave the single market. (Photo by Kirsty Wigglesworth - WPA Pool /Getty Images)</p>

LONDON (CNN) -- British Prime Minister Theresa May has committed to placing a final Brexit deal to a vote in both houses of the UK parliament.

In a much-anticipated speech in London, May said that once Britain had negotiated a final deal to leave the European Union, it would be placed before the House of Commons and the House of Lords for approval.

She confirmed that Britain would leave the single market. But she said that, in the forthcoming negotiations with the EU, Britain would see seek a customs arrangement to replace the provisions of the EU customs union. Such a deal could amount to "associate membership" of the customs union, she said.

May said Britain would not adopt a "half-in, half-out" approach to the European Union, indicating that a so-called hard Brexit is on the cards.

"We seek a new and equal partnership -- between an independent, self-governing, global Britain and our friends and allies in the EU," May said.

"The United Kingdom is leaving the European Union. My job is to get the right deal for Britain as we do."

Talks on a deal can only begin once the British government invokes Article 50 of the Lisbon Treaty, which sets the rules of EU membership. May has said she wants to trigger the mechanism by the end of March. The UK Supreme Court is due to rule in the next few weeks on whether there must be a vote in the UK parliament before that can happen.

May has previously refused to give a "running commentary" on her negotiation plans when asked by Parliament. But in her speech she acknowledged it was important for businesses and others to have as much clarity as it was possible to give.

May has faced recent criticism over her Brexit strategy and was dealt a blow earlier this month when Ivan Rogers, Britain's ambassador to the EU, resigned from his role in Brussels.

"We do not yet know what the government will set as negotiating objectives for the U.K.'s relationship with the EU after exit," Rogers wrote in a goodbye note to staffers, while also accusing Whitehall of "muddled thinking."

"Our thinking on this isn't muddled at all," she told Sky News in her first interview of 2017.

"There hadn't been any plans made for Brexit so it was important for us to take some time to actually look at the issues, look at the complexity of the issues."

Barnier said the process would need to be completed by October 2018, ensuring enough time for ratification by the 27 remaining member states within the two-year time scale according to EU rules.