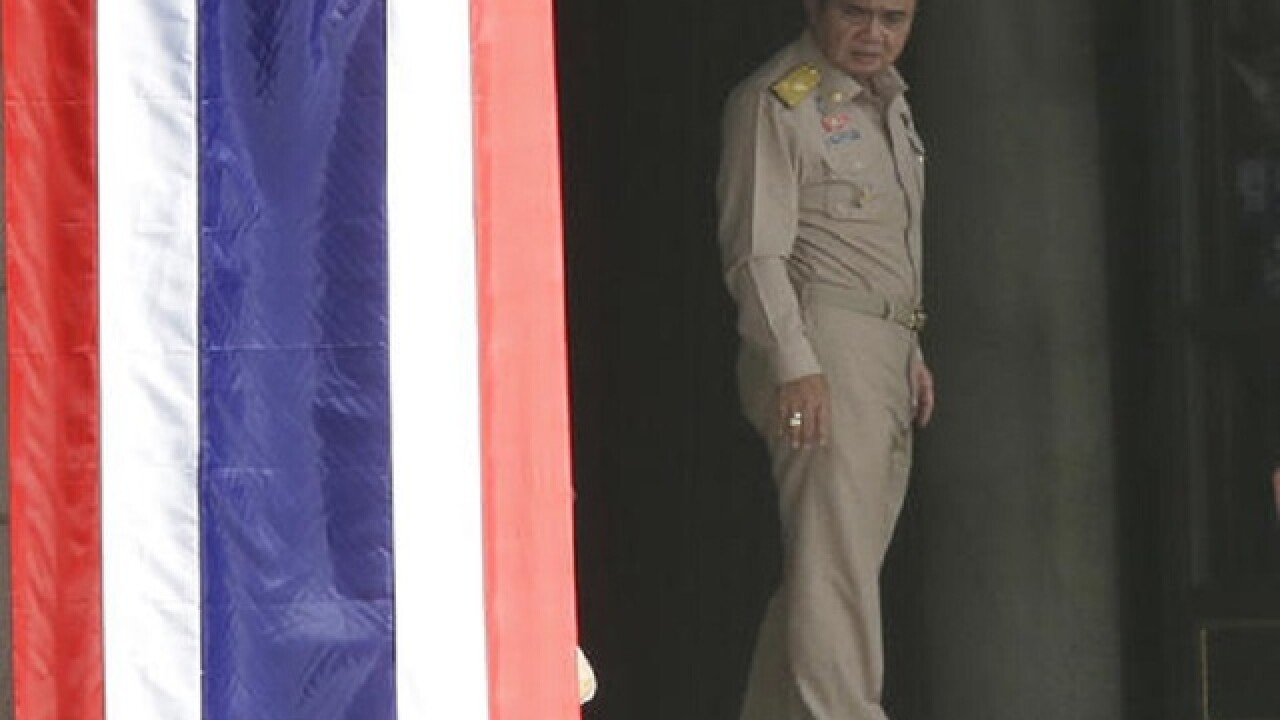 Sakchai Lalit
<p>Thai Prime Minister Prayuth Chan-ocha arrives at the government house in Bangkok, Thailand, Monday, Aug. 8, 2016, a day after a referendum. Thai voters on Sunday overwhelmingly approved a new junta-backed constitution that lays the foundation for a civilian government influenced by the military and controlled by appointed - rather than elected - officials. (AP Photo/Sakchai Lalit)</p>

By: Associated Press
Posted at 4:18 AM, Aug 09, 2016
BANGKOK (AP) — Thailand's junta leader says he will hold elections in November 2017, under a newly approved constitution that will ensure the military's control over the next government.
Prime Minister Prayuth Chan-ocha, the army chief who took power in a coup in 2014, has insisted before that he will hold elections in 2017 but until now had not given a specific month.
Speaking to reporters Tuesday, he dismissed a journalist's suggestion that the polls could be postponed to 2018.
Following the junta's so-called road map to democracy "would put us on November 2017 when the whole process would be complete. So why would the elections be held in 2018?" he said.
Copyright 2016 The Associated Press. All rights reserved. This material may not be published, broadcast, rewritten or redistributed.