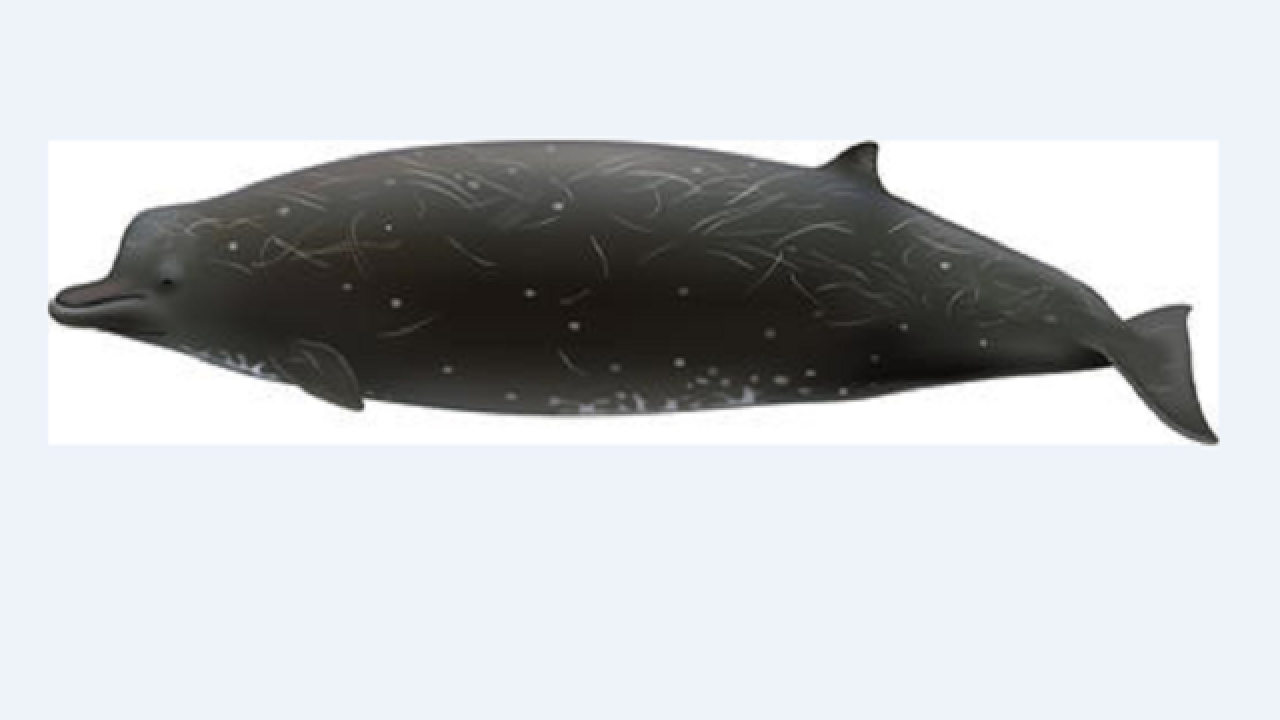 By: Associated Press
Posted at 1:33 AM, Jul 29, 2016
ANCHORAGE, Alaska (AP) — Genetic tests confirm that a mysterious, unnamed species of beaked whale only rarely seen alive by Japanese fishermen roams the northern Pacific Ocean, according to research published this week.
The testing shows the black whales, with bulbous heads and beaks like porpoises, are not dwarf varieties of more common Baird's beaked whales, a slate-gray animal.
Japanese researchers sampled three black beaked whales that washed up on the north coast of Hokkaido, the country's most northern island, and wrote about them in a 2013 paper. The challenge to confirm the existence of the new animal was finding enough specimens from a wider area for testing and matching genetic samples, said Phillip Morin, a National Oceanographic and Atmospheric Administration research molecular biologist.
He and his team uncovered five other whales, all found in Alaska, that matched the species found in Japan.
"Clearly this species is very rare and reminds us how much we have to learn about the ocean and even some of its largest inhabitants," he said in an announcement.
The largest beaked whale varieties can reach 40 feet and spend up to 90 minutes underwater hunting for squid in deep water. They are hard to research because they may spend only a few minutes at the surface, Morin said by phone Thursday. They rarely breach, travel in small numbers and blend into their surroundings.
Japanese fishermen reported occasionally seeing a smaller, black beaked whale that they called "karasu," the Japanese word for raven, or "kuru tsuchi," black Baird's beaked whale.
The Japanese researchers in 2013 were limited in declaring that they had found a new species because their three samples were from one location, said Morin, who works at NOAA's Southwest Fisheries Research Center in San Diego.
"My first idea was to go to our collection, where we have the largest collection of cetacean samples in the world," he said.
In a paper published Tuesday in the journal Marine Mammal Science, Morin and fellow authors describe analyzing 178 beaked whale specimens from around the Pacific Rim. They found five that matched with the Japanese whales.
The oldest was a skull in the Smithsonian Institution recovered from the Aleutians in 1948 and formerly thought to be a Baird's beaked whale. Another specimen discovered in Alaska was in the collection of the Los Angeles County Museum of Natural History.
The Southwest Fisheries Science Center had tissue from a whale found floating in the Bering Sea. It also had tissue from a black beaked whale stranded on Unalaska Island in the Aleutians in 2004. Local teachers and students had photographed and measured the animal, and its skeleton was put on display at Unalaska High School.
The most recent was a 24-foot, adult specimen that washed up in 2014 on St. George Island, in the Bering Sea. Residents notified Michelle Ridgeway, a marine ecologist with Oceanus Alaska, who documented the animal.
"We knew it was not any whale we knew from our area," Ridgway said in the announcement.
Little is known about the range of the new species, although the St. George Island whale give a clue. The whale had scars from cookie-cutter sharks, which live in tropical waters and bite flesh from larger creatures, like a cookie cutter out of dough.
Morin said scientists have more questions than answers about the new species, which is about two-thirds the size of a Baird's beaked whale.
"They're hard to see, especially if the water is anything but perfectly calm," he said, adding that acoustic research may help find them so they can be studied.
Japanese researchers are in the formal process of "describing" the species, Morin said. That will include giving the whale a Latin and common name and formally defining its measurements and how it differs from other beaked whales.
Copyright 2016 The Associated Press. All rights reserved. This material may not be published, broadcast, rewritten or redistributed.