Tanker barrels into crowd of protesters on Minnesota highway 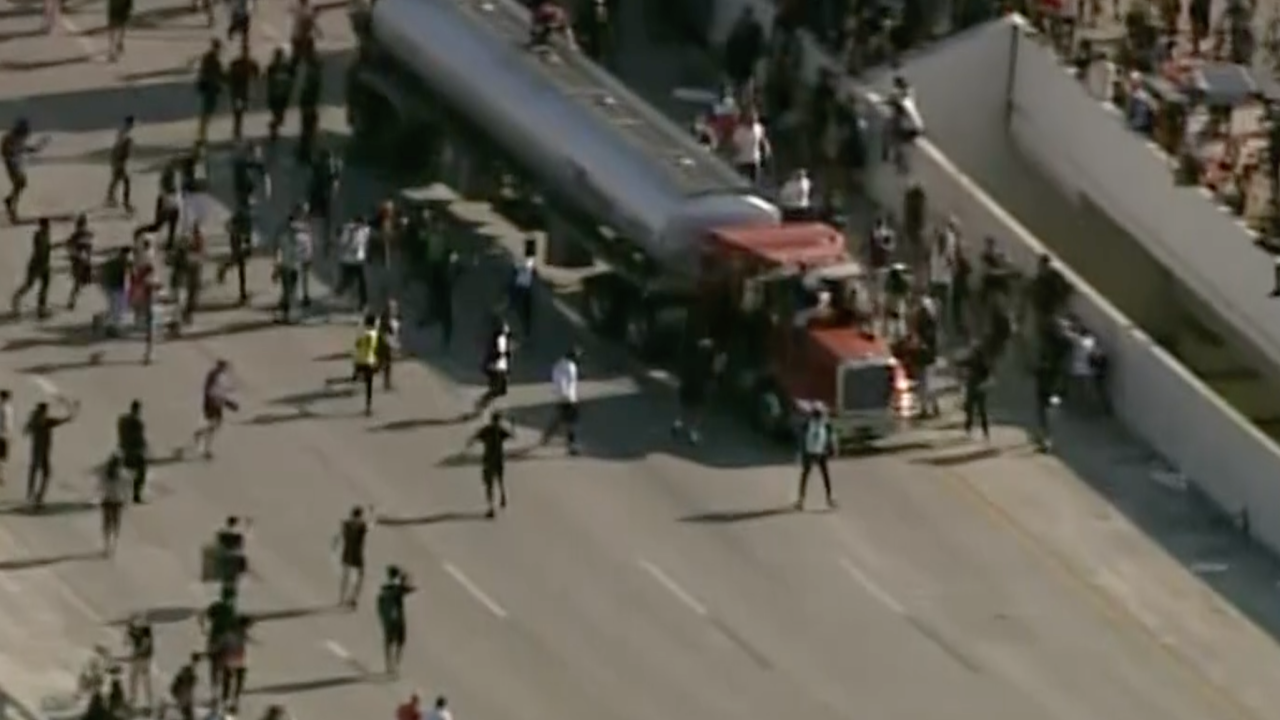 A news helicopter showed a tanker truck barreling into a crowd of protesters on a Minneapolis highway on Sunday.

The protest marked the sixth straight day of unrest in Minneapolis following the death of George Floyd. Floyd died while in police custody on Monday after an officer held a knee against Floyd’s neck for nine minutes.

The news helicopter showed dozens of protesters swarming the tanker, with several protesters jumping on the hood of the tanker. As the crowd swelled, police rushed in and sprayed the crowd.

WCCO-TV reported that the tanker’s driver was transported to the hospital with unknown injuries.