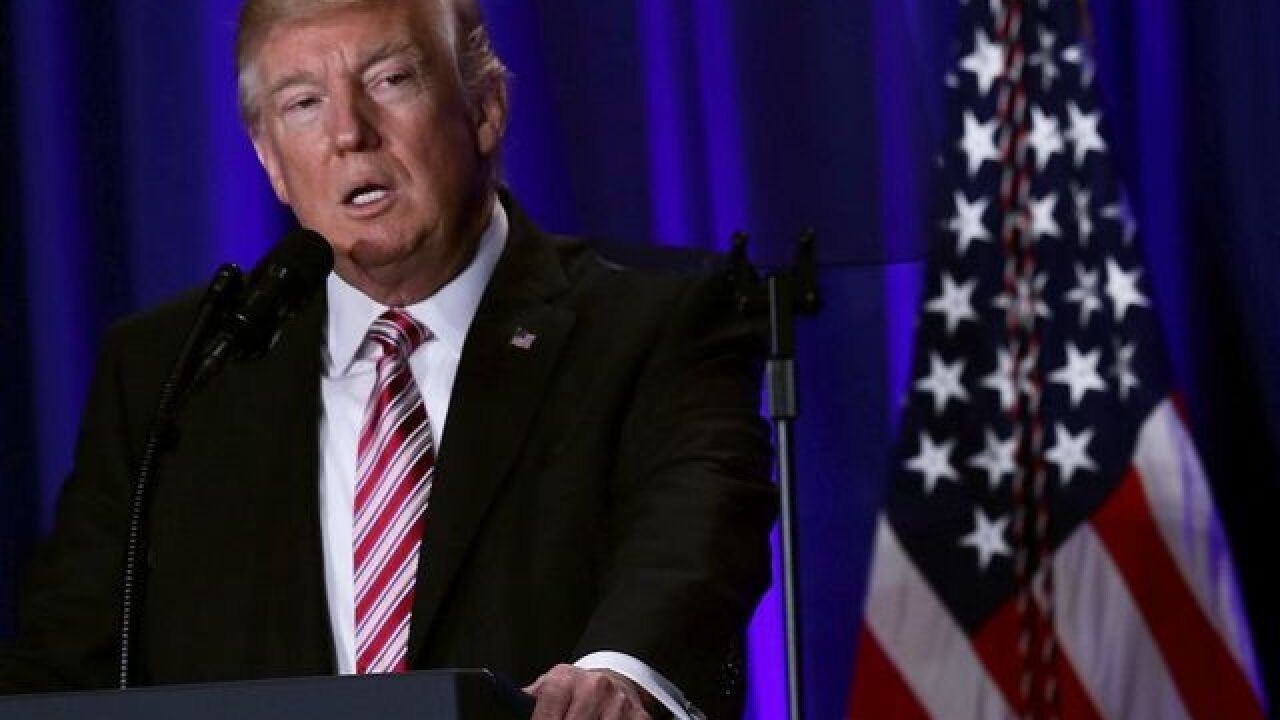 By: CNN
Posted at 10:28 PM, Jan 29, 2017
WASHINGTON (CNN) -- Amid the weekend's reaction to President Donald Trump's travel ban one may hit close to home for Ivanka Trump and Jared Kushner.
Adas Israel Congregation, the Conservative synagogue in Washington's Cleveland Park neighborhood where Trump and Kushner send one of their three young children to preschool, issued a statement Sunday evening condemning the President's controversial executive order.
The child attends Gan HaYeled Preschool at Adas Israel, per a source close to the temple community.
The order, which Trump signed at the Pentagon Friday, temporarily halted US refugee entry into the US for 120 days, and barred all citizens of seven Muslim-majority nations from entering the US for three months.
"The leadership and clergy of Adas Israel Congregation stands with the entire Conservative movement and other local organizations such as the Jewish Community Relations Council of Greater Washington in advocating for the rights of immigrants, rejecting the targeting of individuals based on religion, and calling on the US government to reject policy proposals that would halt, limit, or curtail refugee resettlement in the US or prioritize certain refugees over others," the synagogue wrote on Facebook and in an email sent to congregants.
Adas Israel, which describes itself as a "socially conscious congregation" on its website, reaffirmed a longer statement from the Conservative Jewish community.
"Our religious tradition repeatedly forbids us from oppressing the stranger," that statement reads. "We call on the US government to reject policy proposals that would halt, limit or curtail refugee resettlement in the US or prioritize certain refugees over others; and urge President Trump and the US Congress to instead take bold leadership by providing robust funding to support refugees around the world as well as provide necessary resources to refugees who are already resettled in the US."
Other area Jewish groups also joined the synagogue in condemning the ban, and a small group of DC-area Jewish congregations are gathering to respond to the refugee crisis.
The White House did not immediately respond to a CNN request for comment.
Although Ivanka Trump does not have a formal title in her father's administration, she was spotted in the West Wing on Sunday by the White House pool reporter. She was a key adviser throughout her father's campaign, and is expected to continue to play an important role in the Trump White House.
The first daughter formally stepped away from the Trump Organization and her namesake apparel and accessories brand earlier this month, writing at the time that she was planning to focus on settling in her children to their new home and schools. Her husband, Jared Kushner, is serving the administration in a more formal capacity as senior adviser to the President.
The-CNN-Wire
™ & © 2017 Cable News Network, Inc., a Time Warner Company. All rights reserved.
Copyright 2017 Scripps Media, Inc. All rights reserved. This material may not be published, broadcast, rewritten, or redistributed.