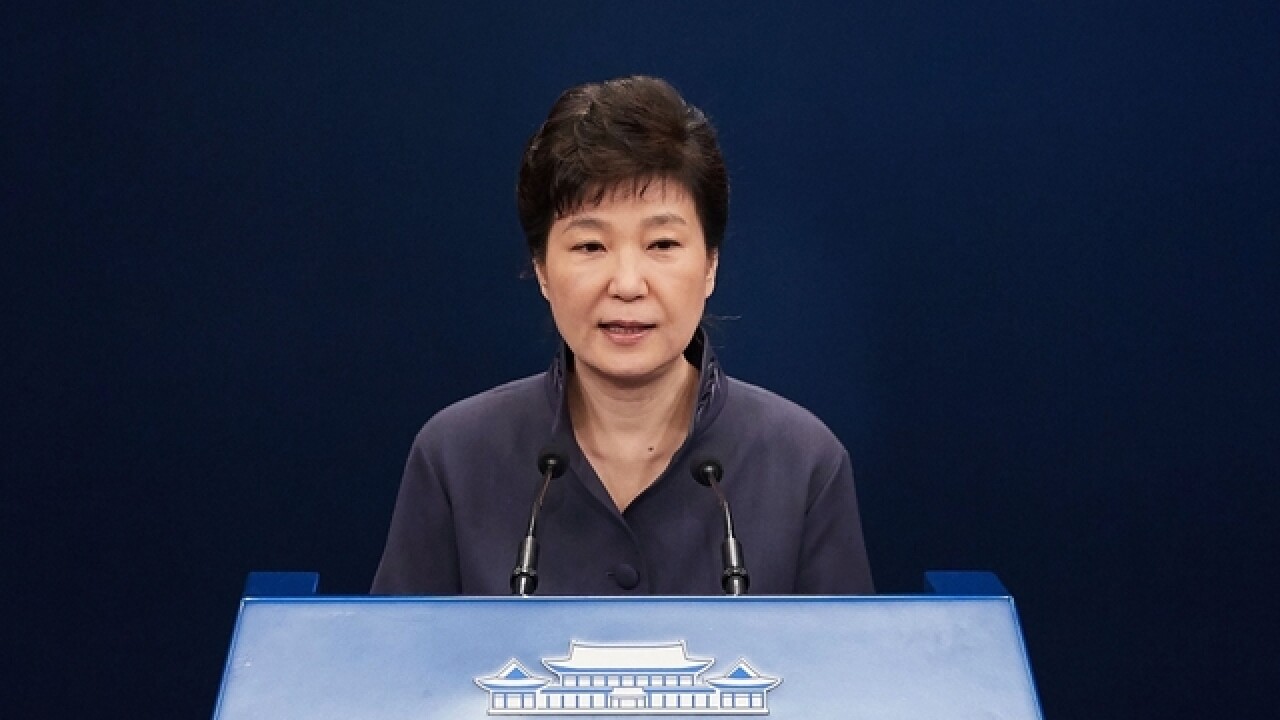 By: CNN
Posted at 2:56 AM, Dec 09, 2016
SEOUL (CNN) -- Lawmakers in South Korea's National Assembly have voted to impeach President Park Geun-hye. The vote passed by 234 votes to 56. There were six abstentions.
The country's constitutional court will now deliberate the motion, a process that could take up to 180 days. However, it is unclear whether Park will resign after the vote, or if she will wait for the court to rule.
Park held meeting with her cabinet members at the presidential Blue House this afternoon, her final act as president before stepping aside for the deliberation.
Prime Minister Hwang Kyo-ahn is now acting President, and will hold the post for the duration of the court's deliberation.
Under the South Korean constitution, impeachment requires a two-thirds majority of the 300-member legislature to pass.
Thousands of South Koreans took to the streets to celebrate the news. National Assembly Speaker Chung Sye-kyun made the announcement, saying that the lawmakers had an obligation to restore order and to continue to execute the functions of the government.
In a phone call with defense minister Han Min-koo, Hwang said that under the current situation there is a possibility that North Korea could use the political upheaval to stir up trouble south of the 48th parallel, and that the South Korean military should maintain its readiness posture.
Park has faced terrible approval ratings and massive protests since it emerged that her confidante and adviser, Choi Soon-sil, had access to confidential government documents despite holding no official government position.
Choi is accused of using her relationship with Park to accumulate millions of dollars in donations to her foundations and has been detained after being charged with abuse of power, fraud and coercion.
Two of Park's former aides also face criminal charges.
What happens next?
Now that the parliament has voted to impeach, the reins will be handed over to Prime Minister Hwang. Ahead of Friday's vote, Hwang held a meeting with cabinet members to ensure a smooth transition of power, should the vote go against Park.
The 59-year-old former justice minister will now preside as acting president while impeachment deliberations by the country's constitutional court take place.
The court's nine members need to return a two-thirds majority to impeach.
In that case, a new election would be held within 60 days.
The impeachment is only the country's second. In 2004, late President Roh Moo-hyun was also forced out of office for two months.
The Constitutional Court later restored Roh to power, rejecting charges of abuse of power and mismanagement.
Dismal figures
In a recent poll by Gallup Korea, Park's approval rating was at 5% -- up a point from her dismal previous showing of 4%.
It also indicated showed that 81% of those polled supported her impeachment.
Last month, Park said that she would allow the National Assembly to decide the duration of her remaining term in office, and will resign if that is what they decide.
"I will relegate the decision to the National Assembly, including the shortening of my presidential term and resignation," she said.
"If the National Assembly sets a path for the stable transition of power, I will resign from the presidency and lessen the confusion as much as possible. I hope that the nation will find stability."
Prosecutors have said they want to speak to Park after naming her as a suspect in a corruption probe involving her confidante Choi and other aides.
Choi has been in detention for weeks after being indicted on charges of fraud, abuse of power and coercion, accused of extorting millions of dollars from big businesses for her foundations and personal use.
Offices have been raided, top executives hauled in for questioning and two of Park's former Presidential aides, among others, have also been indicted.
As President, Park is currently immune from prosecution. Though her lawyers have said she is willing to cooperate with the investigation, last month she claimed to be too busy to meet with prosecutors.
The-CNN-Wire
™ & © 2016 Cable News Network, Inc., a Time Warner Company. All rights reserved.
WSYM