Serial pipe bomb suspect to be held without bond 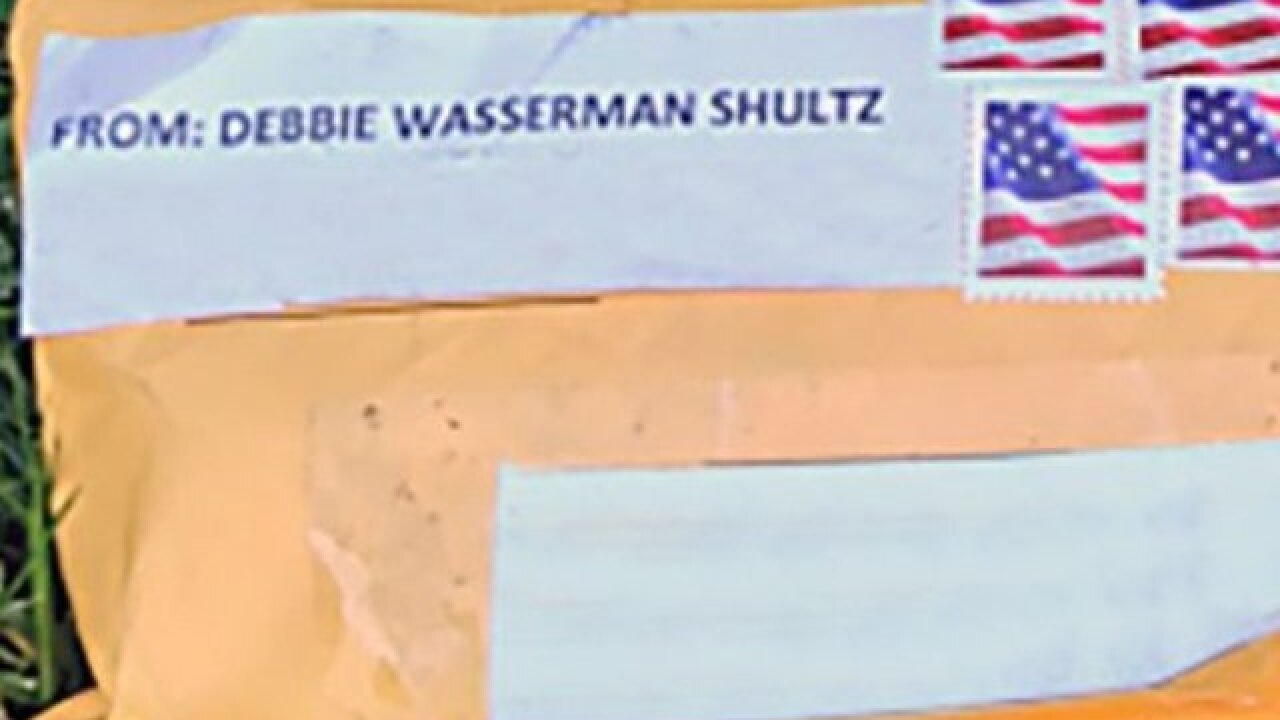 Mail bomb suspect Cesar Sayoc will be held without bond after making his first appearance Tuesday in a federal court in New York.

The defense issued no objection to US Magistrate Judge Robert Lehrburger's decision. Sayoc's preliminary hearing was originally scheduled for Monday, but as courts are closed on Veteran's Day, his hearing has been rescheduled for Tuesday morning.

In a letter, prosecutors had said they were asking that Sayoc be held without bond, based on his flight risk and the danger they said he posed to the community.

Sayoc, who spent Monday night at the federal Metropolitan Correctional Center in Manhattan after a charter transport flight from Florida, entered the courtroom wearing a navy blue prison uniform with a beige T-shirt underneath. He did not wear handcuffs or shackles.

He conferred with public defender Sarah Jane Baumgartel, who sat next to him, and answered the judge's questions. Lehrburger officially appointed Baumgartel as his counsel.

After the appearance, Sayoc and Baumgartel embraced before law enforcement officers led Sayoc out of the courtroom.

Sayoc is accused of sending at least 16 mail bombs to several targets, including CNN, former President Barack Obama and former Secretary of State Hillary Clinton. None of the devices detonated, and no one was injured. He was arrested October 26 in Florida.

Daniel Aaronson, the attorney who represented him during proceedings in Florida, has said his client intended to plead not guilty to the crimes.

"Nobody has been able in a court of law to say that those were bombs that he sent," Aaronson said. "Therefore, there is no reason why he should speak or possibly have any information to impart."

A federal judge in Miami ruled last week that he be transferred to face charges in New York, where some of the targets of the packages lived and worked.

If convicted, Sayoc could receive up to 48 years in prison.

The latest package was found Friday, federal prosecutors said in the letter to Lehrburger. The device was in a package addressed to Democratic donor and billionaire Thomas Steyer, in California, prosecutors said. It was the second package Sayoc allegedly mailed to Steyer.

"The defendant used mailing materials nearly identical to the other 15 packages, including the same type of envelope, address format, and stamps," the prosecutors' letter reads.

On Monday, Sayoc's mother wrote an open letter to ABC in which she warned politicians that fiery rhetoric targeting politicians and journalists resonated with the mentally ill, spurring them to "violently act out in our country."

Madeline Sayoc said her estranged son was mentally ill and that his family tried to get him help over the years, to no avail. She called for stronger laws that would allow American families to "compel and require" treatment for their loved ones when necessary.

Sayoc was arrested at an AutoZone parking lot in Plantation, Florida, as he neared his white Dodge van, which was plastered with pro-Trump and anti-Democrat memes.

Authorities have called the pipe bombs a "domestic terrorist attack."

A letter sent to the judge presiding over Sayoc's case in Florida suggests investigators believe he had planned to continue his alleged attacks.

"Put simply, only the defendant's arrest and incapacitation resulting from his detention were sufficient to stop his attack," US Attorney Geoffrey Berman of the Southern District of New York wrote.

Searches into Sayoc's laptop and cell phone showed he had been doing research online about the homes and families of the recipients of the packages. He also kept a list of their physical addresses and had lists of other potential targets, the letter said.

And while the exact content of the packages has not been discussed in detail, prosecutors said the bombs had clear similarities. They were found in envelopes that had return labels listing the address and the name of US Rep. Debbie Wasserman Schultz of Florida, a former Democratic National Committee chair.

The return labels all had the same misspellings, the letter said.