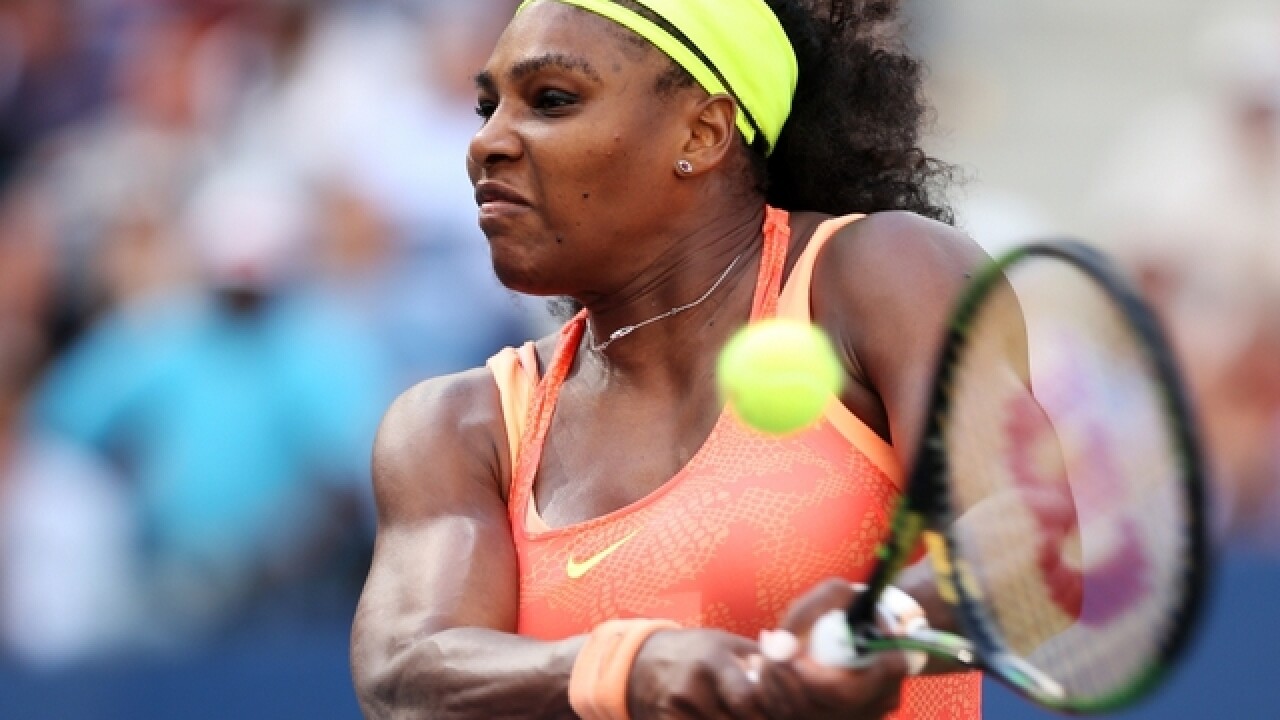 By: CNN
Posted at 1:32 AM, Jan 25, 2017
MELBOURNE (CNN) -- Judging by the way she is playing, Serena Williams will be hard to stop as the Australian Open nears its conclusion.
Williams eased past ninth-seed Johanna Konta 6-2 6-3 at Rod Laver Arena on Wednesday to move into a 10th consecutive grand slam semifinal and closer to a record 23rd major.
Williams will regain, too, the No. 1 ranking from Angelique Kerber if she wins the tournament -- and might need to defeat older sister Venus to do so.
An all-Williams final is still a possibility, since Venus faces fellow American CoCo Vandeweghe on Thursday.
With the Williams sisters and Mirjana Lucic-Baroni in the last four in Melbourne, it means three of the four players in contention in the women's draw are at least 34. Vandeweghe, 25, is the exception.
Lucic-Baroni earlier beat one of the tournament favorites, fifth-seed Karolina Pliskova, 6-4 3-6 6-4, to set up a clash with the world No. 2 and make her second grand slam semifinal a remarkable 18 years after the first.
"No matter what happens, someone 34 or older will be in the final," Williams said in her on-court interview.
But Williams will be the substantial favorite against the 79th-ranked Croatian, who fled to the US after she said she was abused by her father.
Faced with a difficult draw, the six-time Australian Open champion hasn't dropped a set in seeing off the likes of Belinda Bencic, Lucie Safarova -- two players who only dropped out of the top 10 due to health issues -- crafty Czech Barbora Strycova and Konta.
Britain's Konta -- a semifinalist here 12 months ago -- entered the event having won a warmup event in Sydney.
The-CNN-Wire
™ & © 2017 Cable News Network, Inc., a Time Warner Company. All rights reserved.
Copyright 2017 Scripps Media, Inc. All rights reserved. This material may not be published, broadcast, rewritten, or redistributed.