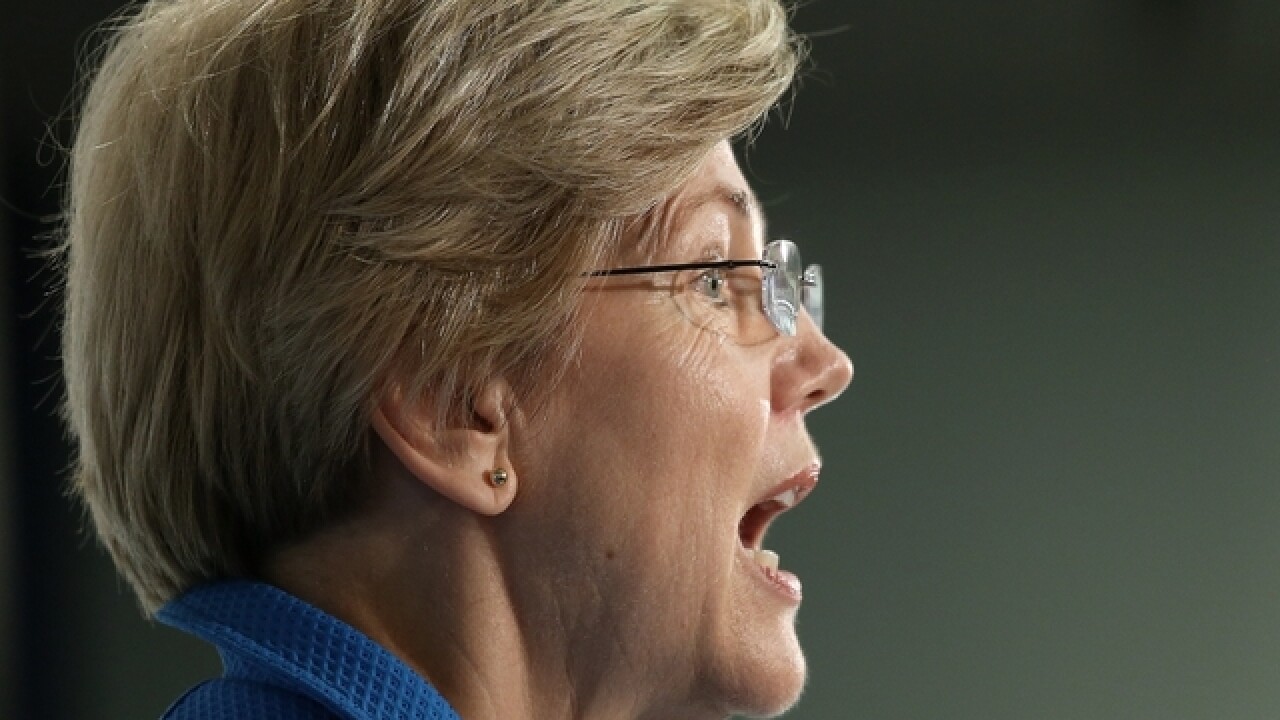 By: Mina Abgoon
Posted at 12:17 AM, Jun 10, 2016
Senator Elizabeth Warren has officially endorsed Hillary Clinton.
“I think having a female fighter in the lead is exactly what this country needs” Warren said, in announcing her endorsement on MSNBC’s “The Rachel Maddow Show.”
Warren’s endorsement, an anticipated one, comes on the same day of President Barack Obama’s endorsement of Clinton.
Explaining her decision in waiting so long to publicly take a side, Warren said she saw the primaries as an opportunity for both Clinton and competitor Bernie Sanders to show their potential.
“I think having a fighter in the lead, a female fighter in the lead, is exactly what this country needs,” Warren said of Clinton. “Nobody says she doesn’t know how to throw a punch.”
Unsurprisingly, Warren didn’t avoid the topic of Republican presidential candidate Donald Trump, who she described as a “small, insecure bully.”
Warren has repeatedly condemned Trump for his infamous controversial views and remarks – most recently, his claims about U.S. District Judge Gonzalo Curiel.
Drawing major backlash from the nation, including some in his own party, Trump said Curiel can’t preside fairly over a case involving Trump University because Curiel is of Mexican descent, despite being U.S.-born.
“The Republicans underestimated and underestimated and underestimated Donald Trump. And look where that got them. They kept saying no, no, no. That’s not going to happen, we don’t have to worry about that,” Warren said.
“Donald Trump is a genuine threat to this country. He is a threat economically to this country,” she added. “But he is a threat to who we are as a people. There is an ugly side to Donald Trump that we all have to stop and think about what’s going on here.”
On Maddow's show, Warren also denied rumors that she’s discussed being Clinton’s vice-presidential pick.
Copyright 2016 Scripps Media, Inc. All rights reserved. This material may not be published, broadcast, rewritten, or redistributed.