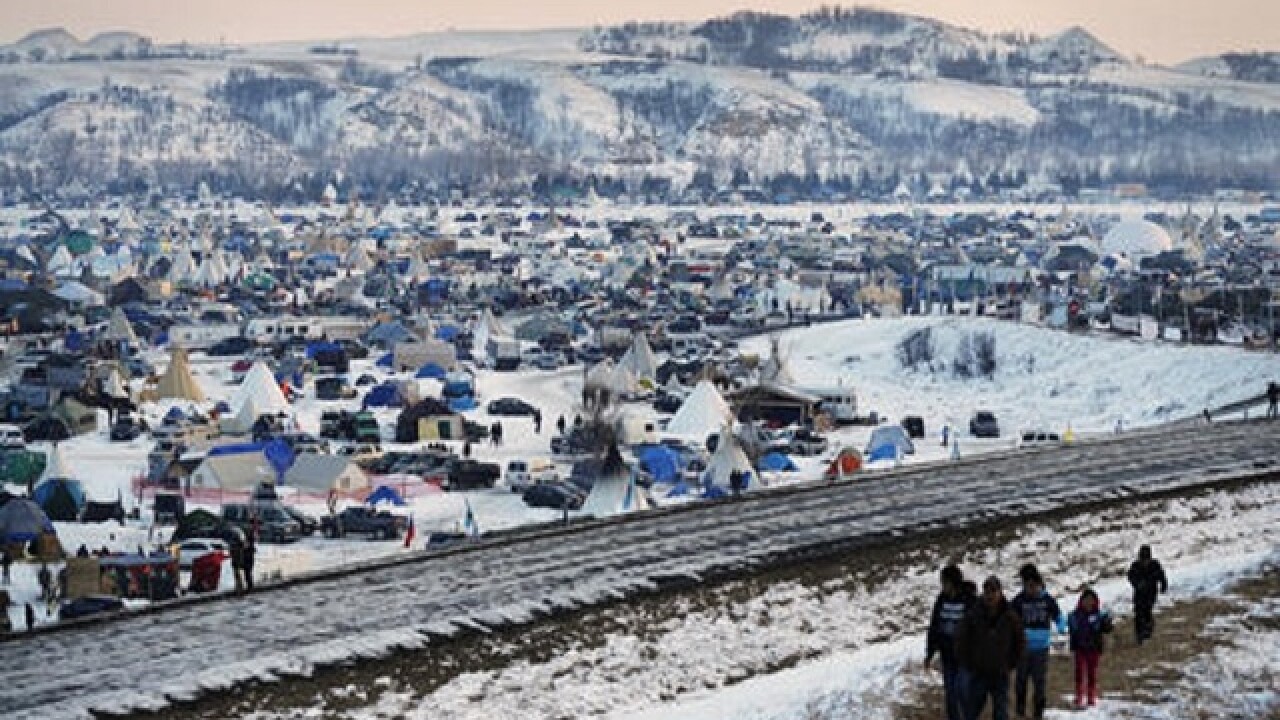 Copyright 2017 Scripps Media, Inc. All rights reserved. This material may not be published, broadcast, rewritten, or redistributed.
David Goldman

(CNN) -- The US Army Corps of Engineers has been directed to allow the completion of the Dakota Access Pipeline, North Dakota Sen. John Hoeven said on Tuesday.

Although the official easement from the Army Corps has yet to be released, Hoeven and Rep. Kevin Cramer praised the move, which will pave the way for the final phase of the controversial $3.7 billion project.

Hoeven said in a statement that he had spoken with Acting Secretary of the Army Robert Speer on Tuesday. The Republican senator said he was told that Speer had "directed the Army Corps of Engineers to proceed with the easement needed to complete the Dakota Access Pipeline."

The Standing Rock Sioux tribe, which opposes the project, responded that Hoeven's announcement is premature and maintains that further environmental review is needed for the pipeline.

Cramer, R-North Dakota, said he received word that the US Army Corps will grant final approval and that Congressional notification of the decision was "imminent." In his statement, Cramer praised Donald Trump as a "man of action," after the President signed executive actions to advance approval of the Dakota Access and Keystone XL pipelines last week.

Both had been blocked by President Barack Obama's administration amid vociferous opposition to the projects.

The Dakota Access Pipeline, stretching 1,172 miles through four states, is completed except for a contested portion under North Dakota's Lake Oahe, half a mile upstream from the Standing Rock Sioux tribe's reservation. The tribe has been concerned that digging the pipeline under a section of the Missouri River would affect the area's drinking water as well as the supply for 17 million Americans living downstream.

A final easement is required for Dakota Access to cross beneath Lake Oahe.

Standing Rock: It's not over

Standing Rock and its allies have protested in North Dakota for months, standing in the path of the pipeline during peaceful demonstrations and clashes that turned violent.

In December, protesters celebrated a temporary victory when the Army said it would not -- for the time being -- allow the pipeline to cross under the lake, calling for an official environmental impact statement, a months-long process that would allow the public to weigh in.

The tribe vowed to "vigorously pursue legal action" if the Trump administration cuts off the environmental review and grants the easement.

"To abandon the [environmental impact statement] would amount to a wholly unexplained and arbitrary change based on the President's personal views and, potentially, personal investments," the tribe said in a statement Tuesday.

The Indigenous Environmental Network, a leading tribal organization dedicated to blocking further construction of the project, said on Tuesday: "Make no mistake: we are prepared to mobilize and resist this brazen power grab."

Keystone is also back in play

Like Dakota Access, the Keystone XL Pipeline had been the subject of environmental concern from activists, residents and indigenous tribes who worried that the pipeline would pollute as many as 2,500 aquifers. Meanwhile, pipeline supporters touted the jobs it would create and other economic benefits.

The $8 billion Keystone XL Pipeline was proposed to stretch nearly 1,200 miles across six states shuttling carbon-heavy petroleum from Canada to the Gulf Coast. In November 2015, Obama nixed the proposed pipeline, virtually ending the fight over the project that had gone on for much of his presidency.

But Trump's executive actions on both pipelines signal how his administration will take a drastically different approach to energy and environmental issues..