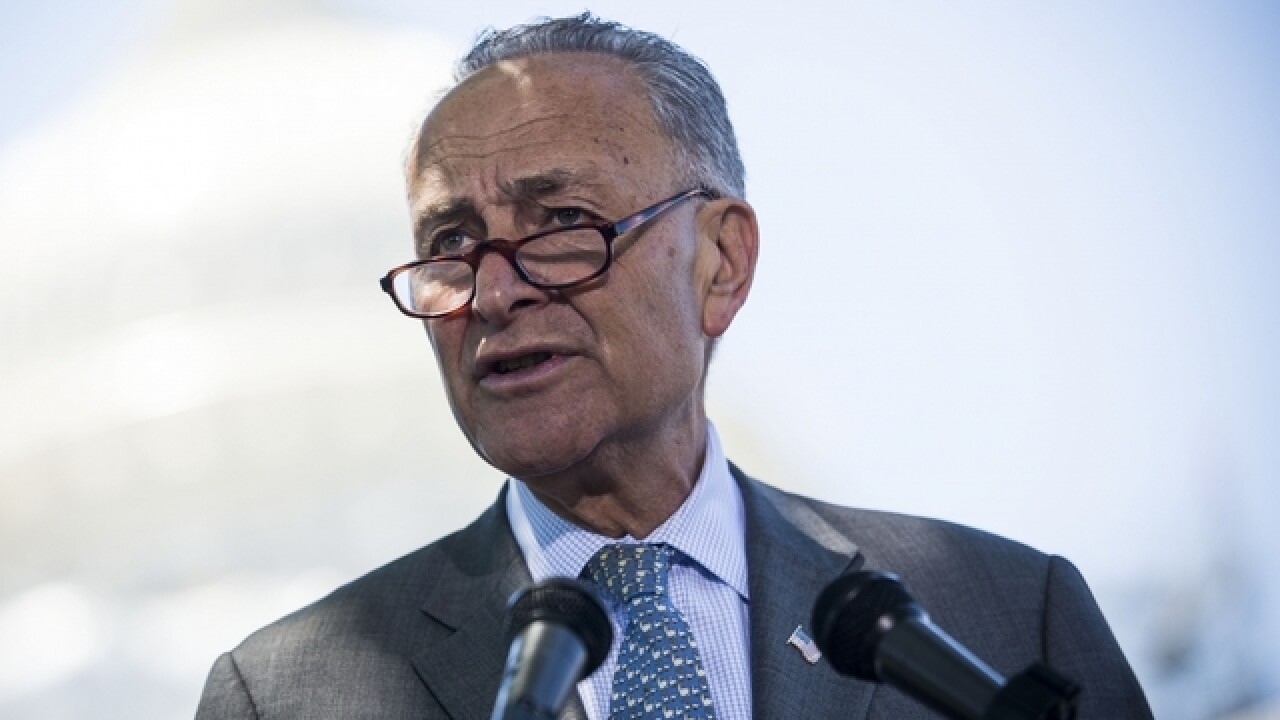 By: CNN
Posted at 8:28 PM, Jan 30, 2017
WASHINGTON (CNN) -- Senate Minority Leader Chuck Schumer praised Monday the Justice Department's decision not to defend President Donald Trump's executive order on immigration and refugees, calling the order unconstitutional.
"This is a poor reflection on President Trump and his entire administration ... I don't think there's much doubt that what they've done is unconstitutional," he told CNN's Erin Burnett on "OutFront."
"Everyone knows she's a person of integrity," Schumer said about acting attorney general Sally Yates, an Obama appointee who is serving only until Trump's Cabinet pick, Sen. Jeff Sessions, is confirmed.
Yates wrote in a letter: "My responsibility is to ensure that the position of the Department of Justice is not only legally defensible, but is informed by our best view of what the law is after consideration of all the facts."
"In addition, I am responsible for ensuring that the positions we take in court remain consistent with this institution's solemn obligation to always seek justice and stand for what is right," she wrote.
Schumer said Trump's administration was not prepared for the response to the executive order.
"When you do something as important as this, it can't be a Twitter-type activity ... This has to be thoroughly vetted," he said. "It's a very bad omen for this Presidency."
House and Senate Democrats stood outside the Supreme Court in the cold on Monday night to protest Trump's travel ban.
Schumer took the stage and said that Democrats would fight the order.
"We will not let this evil order make us less American. We will fight it with everything we have and we will win this fight," he said at the protest.
The-CNN-Wire
™ & © 2017 Cable News Network, Inc., a Time Warner Company. All rights reserved.
Copyright 2017 Scripps Media, Inc. All rights reserved. This material may not be published, broadcast, rewritten, or redistributed.