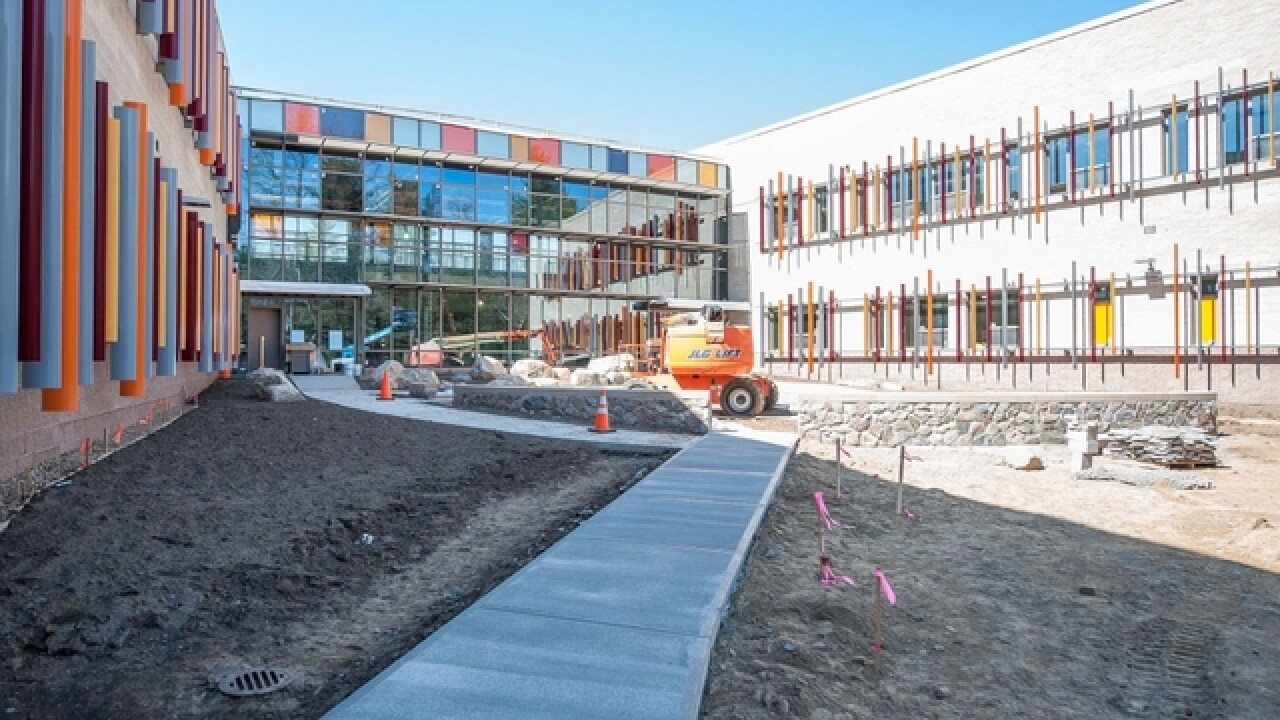 (CNN) -- In the predawn of December 14, 2012, Daniel Barden awoke early and reveled in the extra time he had to cuddle with his father before he had to go to school.
The seven-year-old goofed around on the living room couch with his dad, Mark. Through a silhouette of bare trees, the dark sky outside their Newtown, Connecticut, home turned red-orange. Christmas tree lights, reflected on the window, dotted the sunrise.
"Isn't that beautiful?" little Daniel asked his father, who captured the moment in a photo before walking his son to the school bus.
Daniel Barden was one of 20 children and six adults shot to death at Sandy Hook Elementary School later that morning. It's the third-deadliest mass shooting in US history.
Four years later, parents and relatives of the victims are remembering their loved ones on social media. In Newtown, there were moments of silence Wednesday, and town offices shut down from 9:30 a.m. to 9:45 a.m. to mark the time of the massacre carried out by a disturbed 20-year-old gunman who had killed his mother earlier that morning.
Schools held remembrances, and a private interfaith service was planned for Wednesday night.
Daniel's last morning
Of the many tributes, none were more poignant than those from the parents and relatives of the Sandy Hook victims.
In a moving Facebook post that included a photo of the spectacular sunrise that caught little Daniel's eye, Mark Barden recalled the start of his son's day four years ago.
It began with Daniel running down the driveway in his pajamas and flip flops to hug and kiss his brother goodbye as he left for school. "That is the only time that ever happened," his father wrote.
There was some foosball with his son. Daniel also took a moment to hug his sister Natalie and see her off to the school bus. Mark Barden said that there was even time to teach Daniel how to play "Jingle Bells" on the piano.
"His little hands were so cute and so beautiful," Barden wrote.
Later Daniel ran down the stairs, his toothbrush still in his mouth, to hug and kiss his mother before she left for work. On most mornings, when Barden walked Daniel to the school bus, his son insisted on a quick game of tag.
"'Do we have to play tag today?'" Barden asked Daniel that morning. "'Do we have to play tag every day? Can we just hold hands today?' So we did. We just held hands."
'A special kind of hell'
Saxophonist Jimmy Greene and Nelba Marquez-Greene remembered their daughter, Ana Grace, 6, as a cheerful girl who loved to sing, dance, and play the piano.
"Dec. 14th-4 years later," Greene tweeted. "Still devastated. Still miss Ana like crazy. Still gaining strength, day to day."
Marquez-Greene said on Twitter, "Honor her BEAUTIFUL LIFE through the music of her dad and work of her mom."
The mother's tweet links to a Vimeo post about The Ana Grace Project, which is dedicated to "promoting love, community and connection."
"Ana loved people," her mother recalled. "She really felt what other people were feeling around her and was the first one to say, 'How can I be helpful?'"
Erica Lafferty, daughter of slain Sandy Hook principal Dawn Lafferty Hochsprung, tweeted, "This day is a special kind of hell. Miss you, Mommy."
Also remembered on Wednesday was teacher Victoria Leigh Soto, 27, who moved her first-grade students away from the classroom door during the shootings. The gunman burst in and fatally shot her.
"This week is always hard for us, today is excruciating," relatives wrote on the Facebook page of a nonprofit memorial fund established in her name.
"In the four years that she has been gone we have worked tirelessly to keep her legacy alive. We hope that she would be proud of everything we have done for her so far. We wouldn't have been able to do that without all of you."
They added, "We are going to be silent for the rest of the day, please use today to spread kindness and love."
The-CNN-Wire
™ & © 2016 Cable News Network, Inc., a Time Warner Company. All rights reserved.
WSYM