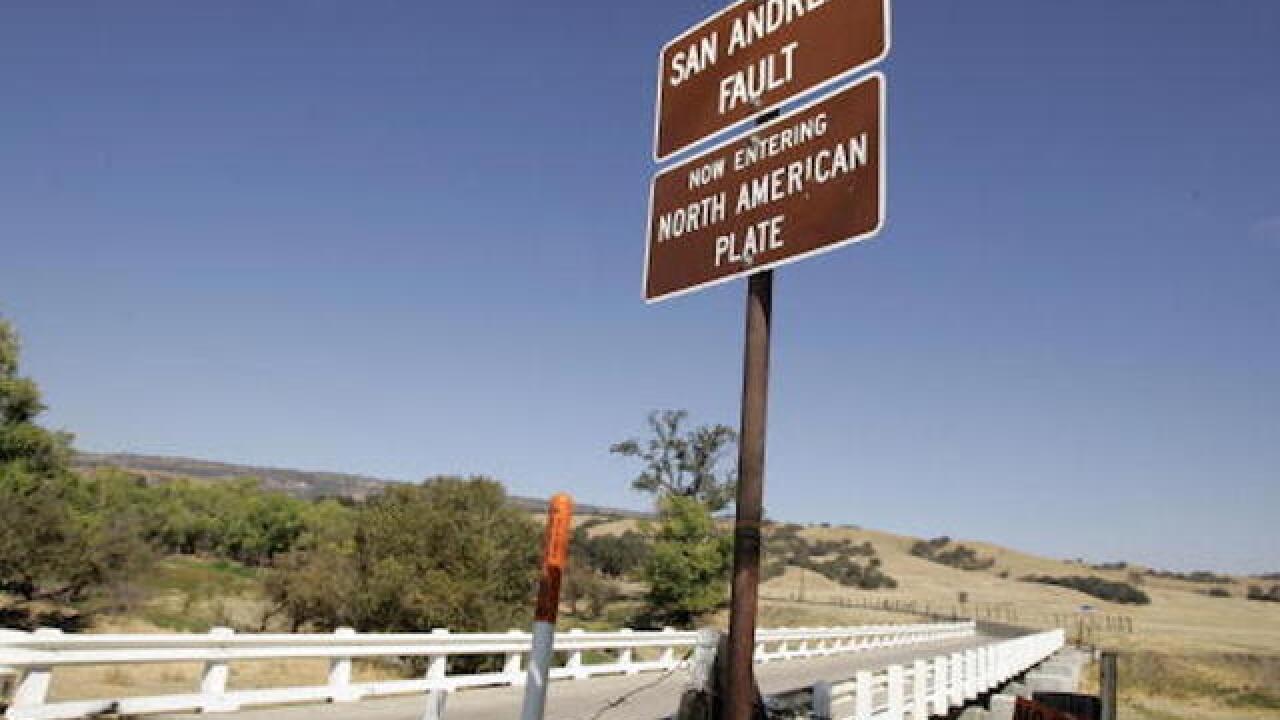 Copyright Getty Images
David Paul Morris
<p>PARKFIELD, CA - SEPTEMBER 30: The Parkfield Coalinga bridge crosses over the San Andreas fault on the Parkfield Coalinga Road on September 30, 2004 Parkfield, California. The tiny central California town with a population of 19 which claims to be known as "The earthquake capital of the world" was hit with a 6.0 earthquake on Tuesday September 28, 2004. (Photo by David Paul Morris/Getty Images)</p>

Scientists are evaluating a study that was released earlier this week in the Nature Geoscience journal showing vertical motion in parts of the San Andreas fault.

While geologists have long known the danger of the San Andreas fault, the study authored by researchers from the University of Hawaii and University of Washington underscores the potential dangers of the fault.

Researchers have long been able to measure the horizontal shift in the San Andreas fault, but have been unable to show the vertical motion. Researchers were able to use GPS data to narrow down exactly how much the fault moves up and down.

Looking at the vertical motion of the fault, scientists were able to key in on the movement of the earth while blocking out other environmental factors.

“While the San Andreas GPS data has been publicly available for more than a decade, the vertical component of the measurements had largely been ignored in tectonic investigations because of difficulties in interpreting the noisy data,” said lead researcher Samuel Howell. “Using this technique, we were able to break down the noisy signals to isolate a simple vertical motion pattern that curiously straddled the San Andreas fault.”

The researchers said they discovered 125 mile-wide “lobes” of uplift and subsidence, with a few millimeters of motion each year, straddling the fault.

This movement was largely predicted by scientists, but given the history and nature of the San Andreas fault, it underscores the potential risk to resident in California, said Fred Pollitz of the United States Geological Survey.

"It means (Southern California residents) should take seriously magnitude of a 7.8 earthquake," he said.

Pointed out that the USGS conducted research that found that the probably of a magnitude 7 earthquake striking California is 75 percent in a 30-year period.

Pollitz said he hopes other scientists will work to confirm the study released earlier this week.