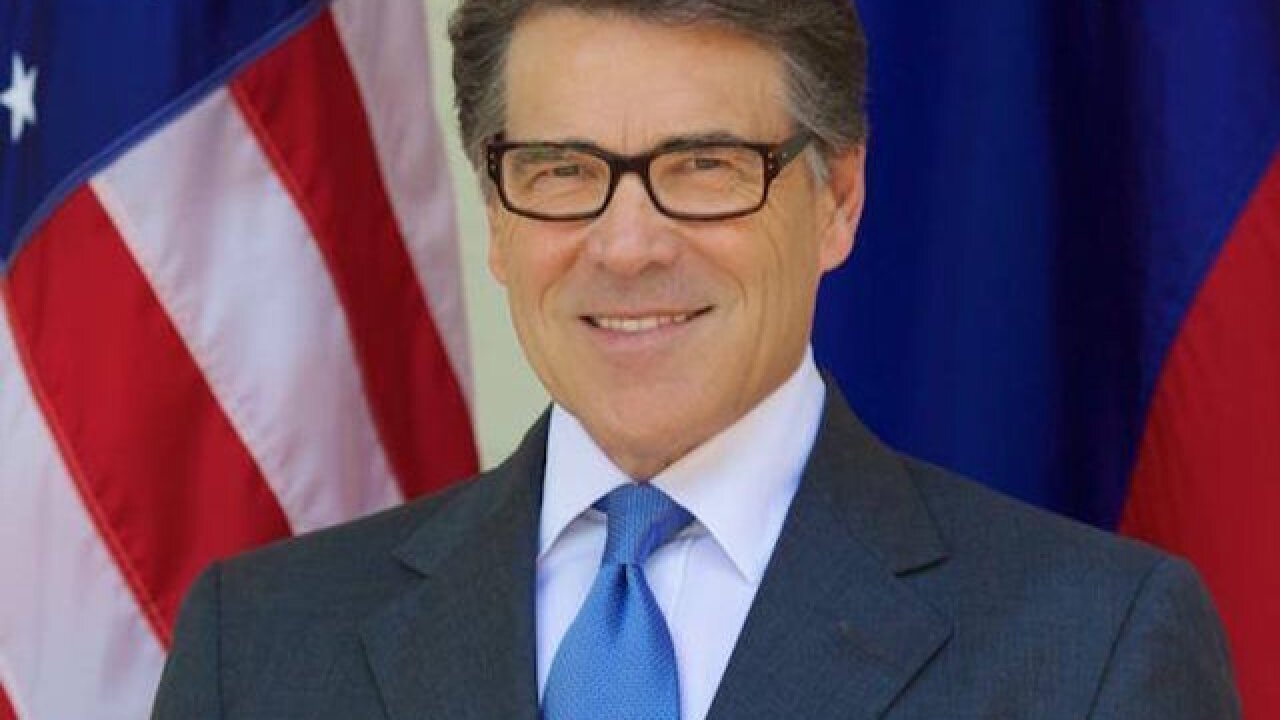 CNN
From Rick Perry
<p>President-elect Donald Trump has selected former Texas Gov. Rick Perry to be his nominee for energy secretary, multiple transition sources told CNN Tuesday, December 13, 2016, which would make him head of an agency he once sought to eliminate.</p>

(CNN) -- President-elect Donald Trump has selected former Texas Gov. Rick Perry to be his nominee for energy secretary, the transition team announced Wednesday, which would make him head of an agency he once sought to eliminate.

Perry, twice an aspirant for the White House and for decades a swaggering figure in the Texas Republican Party, returns to the national limelight after his career in politics withered amid scandal and embarrassment.

If confirmed by the Senate, Perry will inherit a department that has focused on promoting clean energy and reducing dependence on fossil fuels, but has also seen domestic production of oil explode. And his selection is a nod to the traditional GOP emphasis on energy sources like coal and oil.

"As the Governor of Texas, Rick Perry created created a business climate that produced millions of new jobs and lower energy prices in his state, and he will bring that same approach to our entire country as Secretary of Energy," Trump said in a statement. "My administration is going to make sure we take advantage of our huge natural resource deposits to make America energy independent and create vast new wealth for our nation, and Rick Perry is going to do an amazing job as the leader of that process."

A hallmark of Obama's Energy Department has been the grants and loans it issues for research. The loan program was expanded to include renewable energy projects as part of Obama's economic stimulus package in 2009, and more than $30 billion in loans have been issued since then.

These loans have also been a source of controversy. In 2011, Obama administration had to defend its loan to Silicon Valley energy startup Solyndra when it filed for bankruptcy and taxpayers had to foot a $535 million bill. For all its support of green energy, the department has also presided over a massive oil boom.

Obama's current energy secretary Ernest Moniz is a longtime supporter of fracking, which he sees as a "bridge" to a low-carbon future. He has lauded increased domestic production of oil and natural gas via the technique. Hydraulic fracturing technology, more commonly known as fracking, now accounts for more than half of all US oil production -- a massive jump considering fracking made up less than 2% of the country's oil output in 2000. The production of American crude has nearly doubled in the past decade, putting U.S. behind only Saudi Arabia and Russia in world rankings.

Trump has made it clear he wants the US to play an even bigger role in the global oil ecosystem.

"I've never understood why, with all of our own reserves, we've allowed this country to be held hostage by OPEC, the cartel of oil-producing countries, some of which are hostile to America," Trump wrote in his book "Crippled America."

Experts say pumping more oil could decrease the country's dependence on foreign crude, but there's also a risk it would send prices crashing again. Oversupply caused oil prices to plummet as much as 75% between 2014 and earlier this year.

Perry's selection culminates a four-year effort to rebuild his political image in the aftermath of his disastrous 2012 run. A late entrant into the presidential primary, Perry was recruited as the sought-after alternative to eventual nominee Mitt Romney, but his policy stumbles failed to install confidence and his career sputtered.

The crystallizing moment came when Perry blanked and painfully could not recall the name of the third federal agency he vowed to eliminate as president while speaking on a primary debate stage. It was none other than the Energy Department that he will now lead, and the gaffe became known primarily for the word with which he ended his live misery: "Oops."

Four years later -- under the threat of prosecution for allegedly promising to strip funding for a county agency if a local official would not leave her post -- Perry's campaign was more modest. He became one of the first candidates to attack Trump, labeling him at one point a "cancer on conservatism," but dropped out in September 2015 amid fundraising troubles. He eventually became an occasional surrogate for Trump during the general election.

In his first 100 days, Trump says he'll roll back Obama-era regulations on the fossil fuel industry, bringing jobs back to coal country. Many of these regulations fall under the Environmental Protection Agency, but leadership from the Energy Department could play a key role.

Since 2015, Perry has served as a director at Energy Transfer Partners, which is developing the Dakota Access Pipeline. Energy Transfer, together with Sunoco, sought federal intervention to stop political protests last month at the pipeline.

White House Press Secretary Josh Earnest took a swipe at Perry Tuesday while explaining why the administration rejected a request by the Trump transition team for information about Energy Department employees who worked on climate change.

"Our principle -- this is a principle that presidents of both parties have long abided by -- is that we should observe the protections that are in place that ensure that career civil servants are evaluated based on merit and not on politics," Earnest said.

"I'm sure the President-elect used the same kind of criteria when choosing his new Department of Energy secretary as well," he said, smiling. "Don't you think?"

Trump has also pledged to expand drilling on federal land, which would require approval from the Interior Department. The Army Corps of Engineers, which reports to the Department of Defense, oversees the permit process for the contentious Dakota Access Pipeline.

Trump picked Oklahoma Attorney General Scott Pruitt to lead the EPA last Thursday. He has not yet announced his choice for Interior secretary.