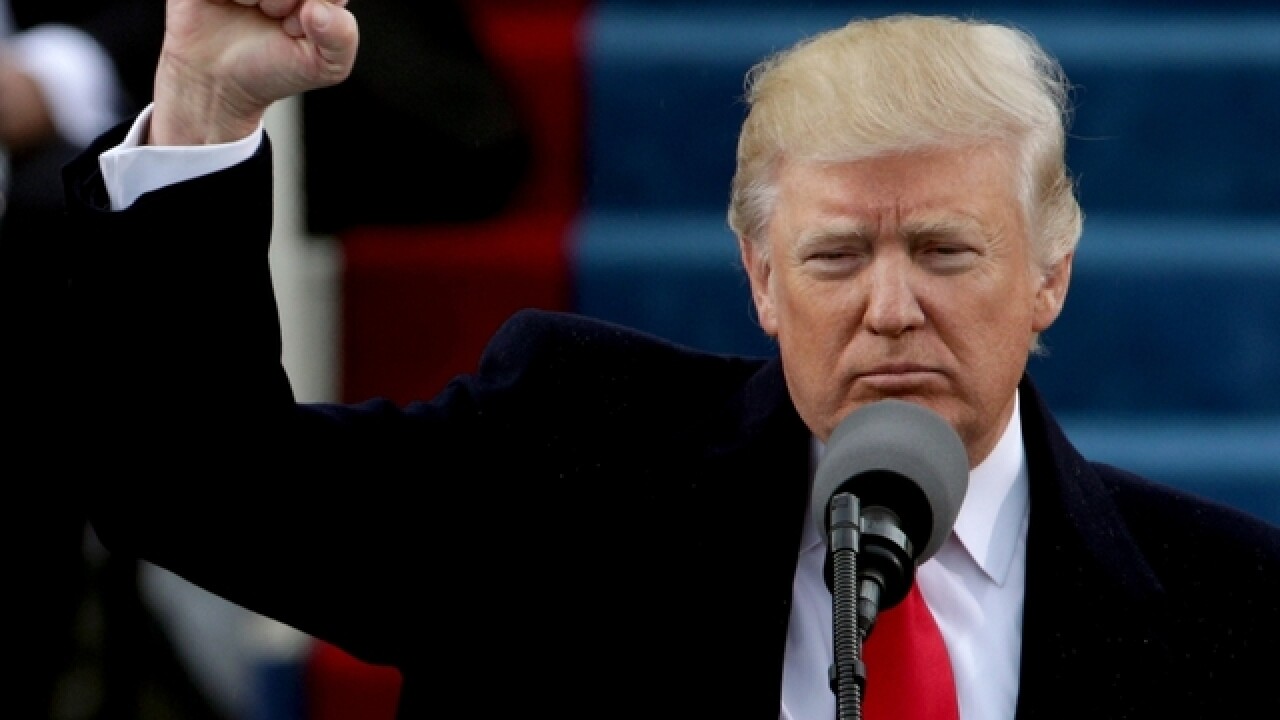 By: Mina Abgoon
Posted at 12:22 AM, Jan 26, 2017
PHILADELPHIA (CNN) -- Congress may pay for the border wall through a special spending bill being hashed out over the next two months, footing the cost of President Donald Trump's priority before seeking any refund from Mexico, Republican lawmakers said Wednesday.
"We're going to pay for it and front the money up," House Speaker Paul Ryan said on MSNBC Wednesday evening.
"Point is, he has a promise he made to the American people, which is to secure our border," Ryan added of Trump. "A wall is a big part of that. We agree with that goal and we will be working with him to finance construction of the physical barrier, including the wall, on the southern border."
Earlier, Ryan told lawmakers gathered in Philadelphia for a private retreat this week that they could pay for the wall through a supplemental appropriations bill -- a spending measure that would be dedicated just to the wall, according to Republicans in the room and a GOP lawmaker.
"(Ryan) talked about the supplemental budget coming this spring to push that along. The President said he's going to get reimbursed one way or the other and we accept that. Meanwhile, we do have to pay our bills," Rep. Chris Collins, a New York Republican and Trump ally, said Wednesday.
Ryan spokeswoman AshLee Strong said Wednesday they are aware that Trump may request a special spending measure, but that they have not received that request from the White House yet.
"There's an acknowledgment that the administration could send a supplemental but there's no set date. In the meantime, we'll continue to more forward with the appropriations process date unchanged and consider the request when we get it," Strong said.
Collins said that Ryan did not discuss a price tag for the wall, and that he considered the discussions to still be early.
Trump quickly shifted the focus to the wall Wednesday after he issued an executive order saying that he would rely on a 2006 law to build his signature wall along the southern border. That announcement came to dominate much of the debate among Republican lawmakers gathered in Philadelphia.
Congressional Republicans escaped Washington Wednesday to try to focus on top issues -- including replacing Obamacare. But Trump swiftly ripped the focus away with his executive action on a border wall and reports that he may reopen the use torture sites outlawed by Congress.
Sen. John Thune, the Senate's No. 3 Republican who is co-hosting this week's retreat, responded to reports that Trump may seek to re-open CIA "blacksites" by noting that the issue was "settled law," and Trump would likely have trouble changing the ban on the use of torture.
White House press secretary Sean Spicer said later Wednesday pushed back on the reports, saying that the document did not come from the White House.
Thune brushed aside Trump's claims of voter fraud -- and a call for an investigation -- indicating to the new President it is time to get back on track.
"I view the election as history, and we're ready to roll up our sleeves and go to work," Thune said.
And Rep. Cathy McMorris Rodgers, the House's No. 4 Republican, said: "I think it's very important that people have confidence in the elections and the outcome of those elections."
And then the questions turned to how Congress would pay for Trump's proposed border wall -- which was rolled out by the White House just hours earlier.
McMorris Rodgers deflected questions by saying she hadn't seen Trump's proposal yet. Thune then said that any proposal would have to be accounted for by Congress, and not add to the debt.
"On the wall, I supported the wall and, yes, it should be paid for," Thune said.
Asked about whether they were concerned about the White House not coordinating with congressional Republicans on their message and roll outs, Thune chalked up the bumpy start to a new administration in "transition" and noted that even the House and Senate Republicans often find themselves on opposite pages.
"It's a work in progress," Thune said with a laugh, as he looked over at McMorris Rodgers.
CNN's Deirdre Walsh contributed to this report.
The-CNN-Wire
™ & © 2017 Cable News Network, Inc., a Time Warner Company. All rights reserved.
Copyright 2017 Scripps Media, Inc. All rights reserved. This material may not be published, broadcast, rewritten, or redistributed.