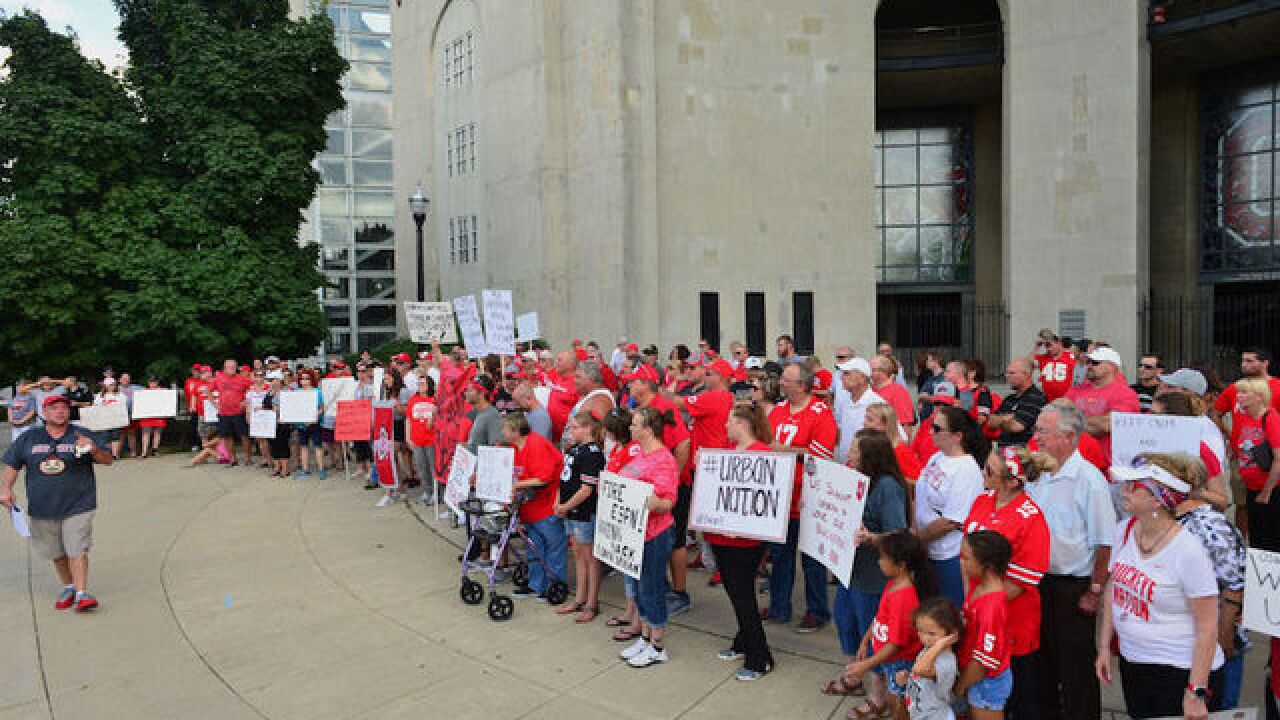 The Columbus Dispatch reported it obtained a copy of a police incident report where Courtney Smith, the ex-wife of now fired Ohio State football assistant coach Zach Smith, claimed that Ohio State lawyers told her not to press charges.

The police report was obtained from an anonymous source and not directly from the Powell, Ohio Police Department. The Dispatch said that Powell Police Chief Gary Vest did not dispute the authenticity of the report.

In the report, according to the Dispatch, Courtney Smith told Boruchowitz that OSU lawyers were "convincing her to drop the charge because it would embarrass OSU if she proceeded with the prosecution.”

After the Dispatch's report came out, Courtney Smith told ESPN that she had not seen a copy of the incident report, but that the claim that OSU lawyers told her to drop the charges was not accurate.

OSU officials told the Dispatch it was unaware of the allegation and would investigate.

Ohio State head football coach Urban Meyer, who was aware of the 2015 incident, did not fire Zach Smith until last month when he was made aware that Courtney Smith had filed a protection order against Zach Smith. Meyer claimed that because charges were not filed against Zach Smith, he was not obligated to notify Ohio State.

After a three-week investigation, Meyer was suspended for three games for mishandling Zach Smith's employment with Ohio State. Meyer's boss, Athletic Director Gene Smith, was also suspended for two weeks by the university.