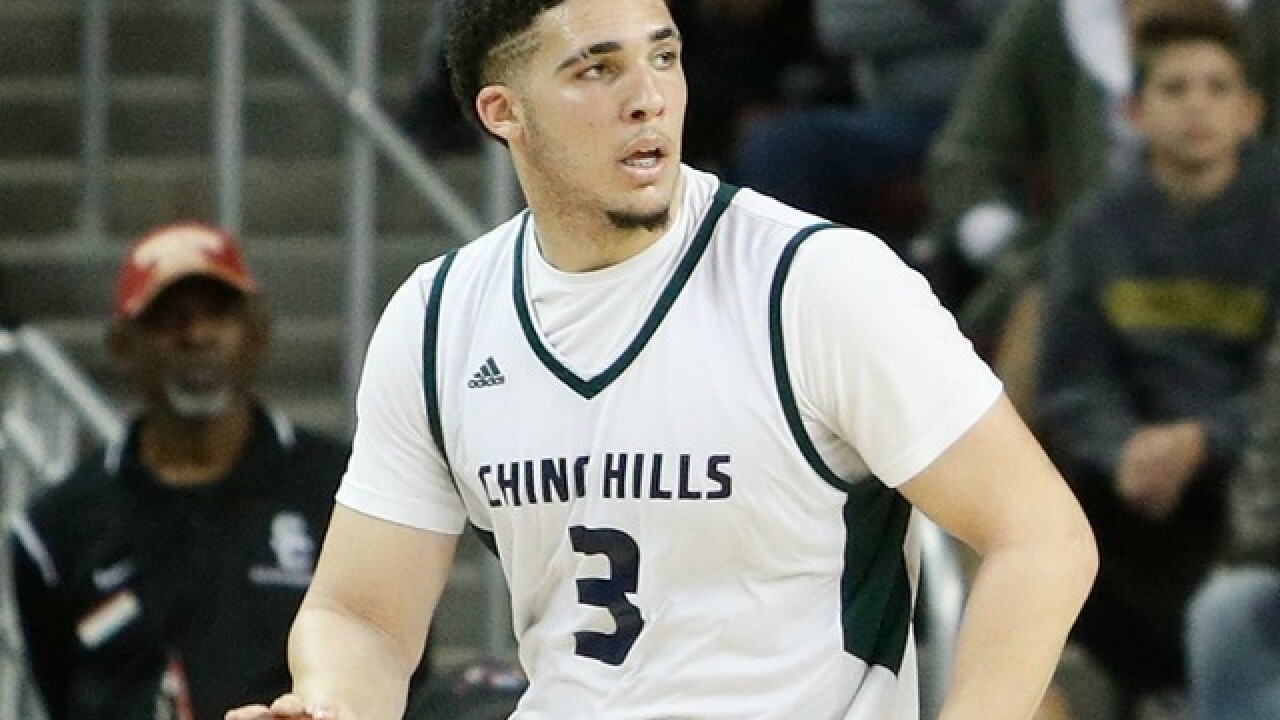 Copyright 2017 Scripps Media, Inc. All rights reserved. This material may not be published, broadcast, rewritten, or redistributed.
Josh Lefkowitz
<p>LiAngelo Ball #3 of Chino Hills High School dribbles the ball down court during the game against Mater Dei High School at the Galen Center on February 24, 2017 in Los Angeles, California. (Getty Images)</p>

Three UCLA basketball players -- including LiAngelo Ball, brother of Lakers guard Lonzo Ball and son of Big Baller Brand founder LaVar Ball -- could be facing significant prison time if convicted of shoplifting in China, according to a report Tuesday.

The trio has been released on bail, Sports Illustrated reported.

On Tuesday, ESPN reported Ball and fellow UCLA freshmen Cody Riley and Jalen Hill were arrested in UCLA on charges of shoplifting. UCLA is in China to play its season-opening game against Georgia Tech in Shanghai on Friday.

"The players are being questioned about stealing from a Louis Vuitton store that is located next to the team's hotel in Hangzhou, where the Bruins had been staying before moving on to Shanghai on Wednesday," ESPN's Jeff Goodman reported.

Yahoo Sports contacted a lawyer familiar with the Chinese legal system who said each player could face 3 to 10 years in prison if convicted of shoplifting.

Ball, a 6-foot-5 shooting guard, followed in his brother Lonzo's footsteps by committing to play college basketball at UCLA. Lonzo was selected by the Lakers with the second overall pick in the 2017 NBA Draft.