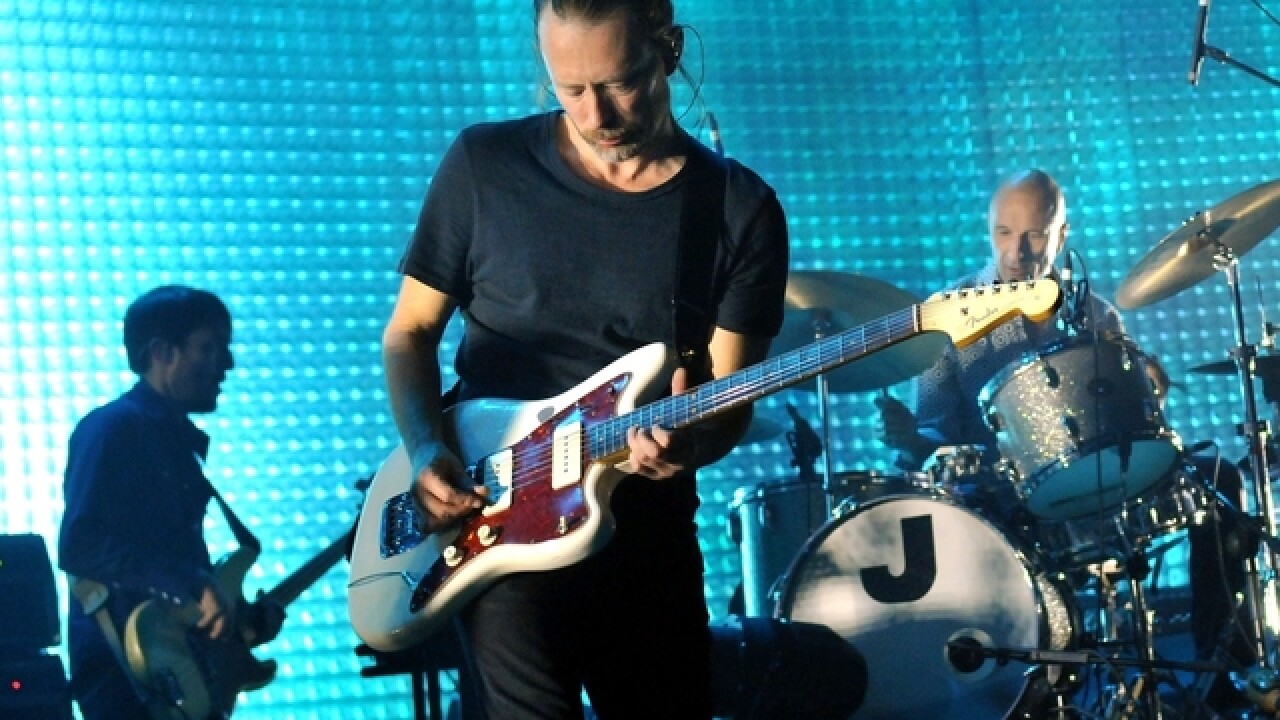 LOS ANGELES (AP) — Radiohead's ninth studio album "A Moon Shaped Pool" is now available to purchase on iTunes and Amazon and streaming on Tidal and Apple Music. The groundbreaking rock group released two songs, "Burn the Witch" and "Daydreaming," online earlier in the week in a lead-up to the 11-track album's release Sunday.

Physical copies of the album can be pre-ordered too, but won't be available until June 17.

Radiohead begins a world tour May 20 in The Netherlands. The band will visit New York and Chicago in July and California in August.

Their last album, "The King of Limbs," was released in 2011. It followed the experimental digital release of "In Rainbows" in 2007, where fans were able to pay what they wanted for the download.