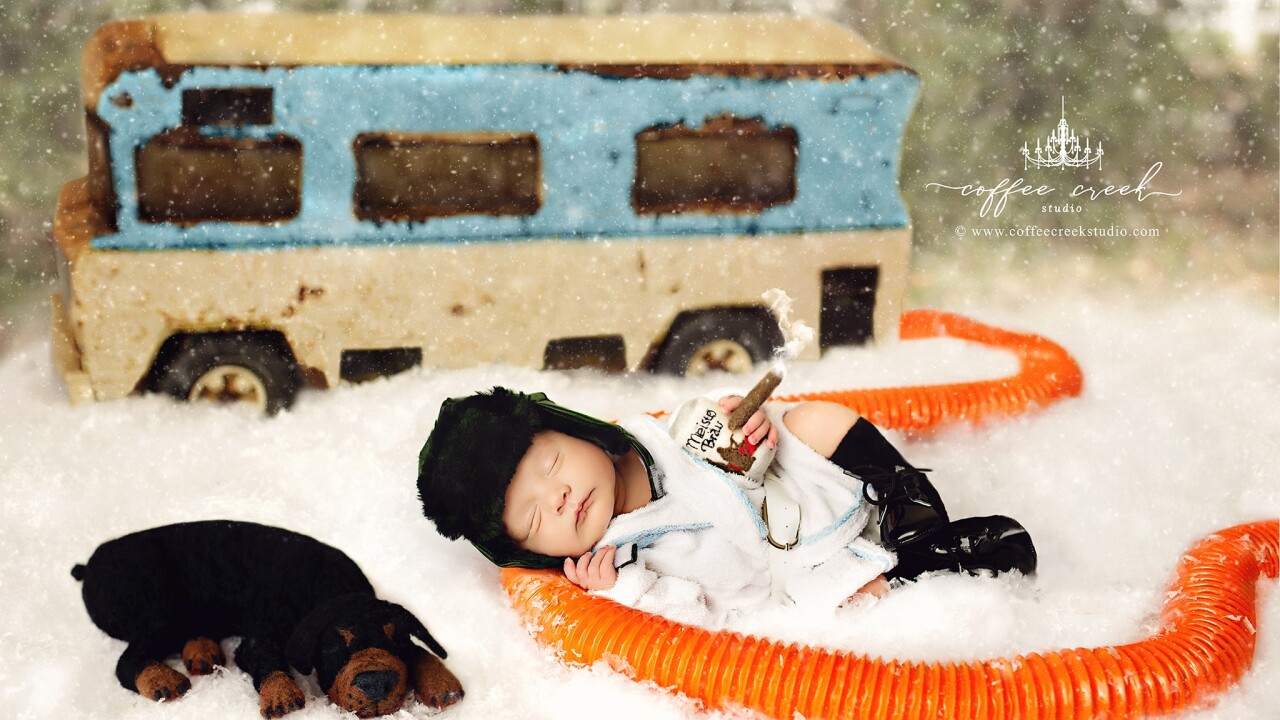 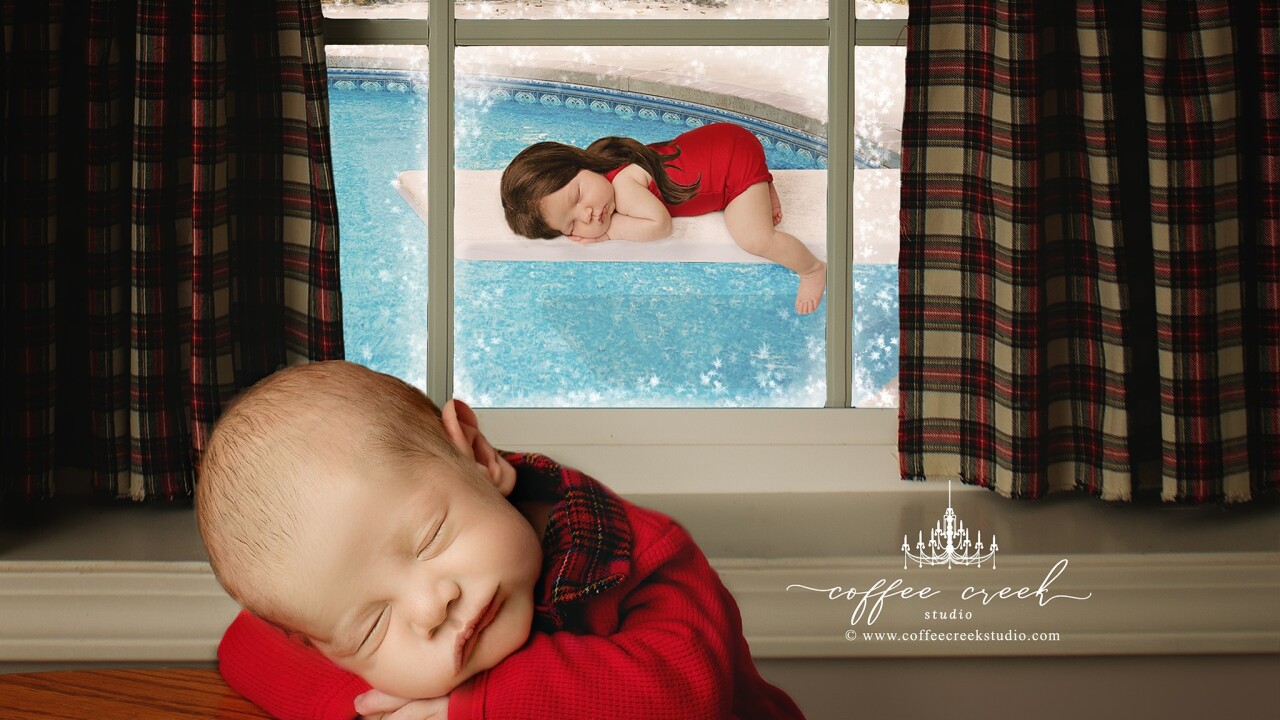 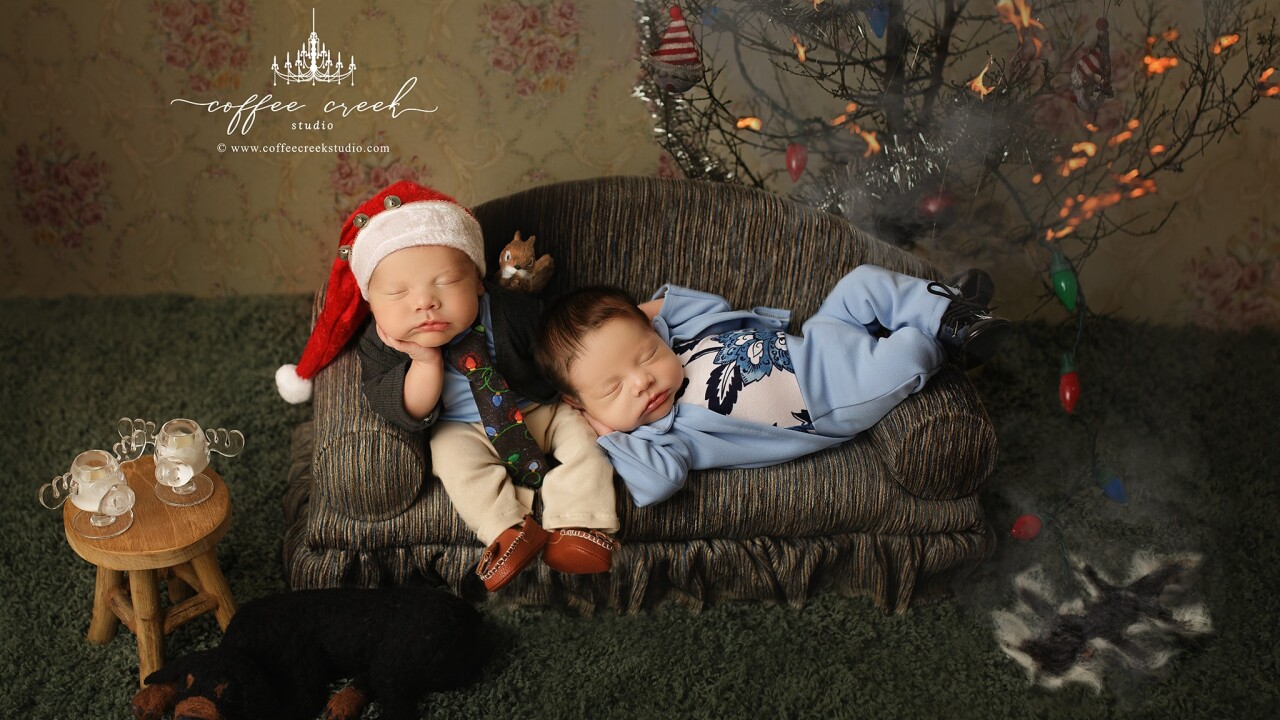 SHELBYVILLE, Ind. – An Indiana photographer has a knack for combining our love for classic Christmas movies with the adorable nature of newborns.

This year, Amy Haehl at Coffee Creek Studio celebrated the holidays a bit early with an amazing infant photo shoot based on the 1989 film, “National Lampoon's Christmas Vacation.”

Haehl released three photos from the shoot on Facebook, all depicting scenes from the film.

In one photo, two babies dressed as Clark Griswold and Cousin Eddie are seen taking a snooze on a miniature couch with the infamous burnt Christmas tree in the background and the remnants of a singed cat on the floor.

Cousin Eddie is also depicted in a second photo, showing the scene where he dumps the waste from his family's RV into the sewer outside the Griswold house.

A third photo depicts the scene where Clark Griswold fantasizes about a pool and a beautiful woman in his backyard. But in place of the woman is another newborn.

This isn’t the first time Haehl has ventured into Christmas movie themes. Last year, her “A Christmas Story”-themed photo shoot went viral , depicting a baby dressed as the main character Ralphie, holding a replica of the BB gun from the film. While the photo shoot was widely praised online, it had its fair share of critics because of the infant holding the gun.

It seems Haehl wasn’t put off by the controversy though. Her new photos include things some may find inappropriate, like a newborn holding beer and cigar replicas.

Haehl says the planning for the new photos took well over a year and she hopes everybody gets a good laugh out of them.

“Figuring out all of the perfect little details and pulling this off has been quite an exhausting process and all I can say is...'Hallelujah! Holy Sh*t! Where's the Tylenol?' - Clark Grizwold”