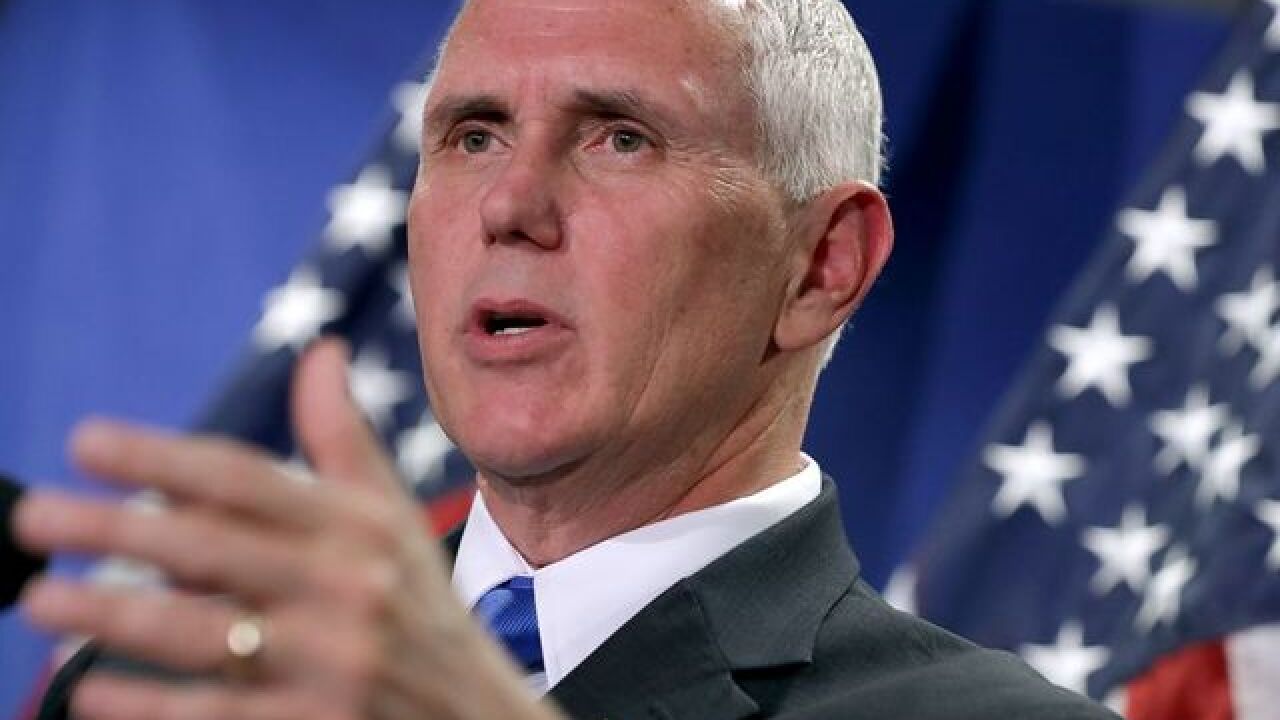 By: CNN
Posted at 8:41 PM, Jan 18, 2017
WASHINGTON (CNN) -- Vice President-elect Mike Pence is looking to a former US vice president-turned-president as a model for his new role as he prepares to assume the second-highest office in the country.
He recently spoke on the phone with former President George H.W. Bush, Pence told CNN's Dana Bash in an interview Wednesday, and said the Ronald Reagan's former vice president offered him some advice.
Pence, who didn't divulge what Bush 41 told him, said the two men had a "short call," but that he has been "taking a hard look" at Bush's years as vice president as he prepares to figure out what type of vice president he will be.
"The reason why I think about Vice President Bush is because then as now, I believe, there was a transformational leader coming to bring real change to Washington D.C.," Pence said. "I'll be thinking about the privilege I have to stand next to another change agent as president."
Bush and his wife, former first lady Barbara Bush, have both been hospitalized, his spokesman said Wednesday.
Pence said he has looked to Bush's tenure as vice president, in which he "came alongside and supported a strong, visionary leader" as a "great source of inspiration."
Bush, of course, followed Reagan into the White House.
That, too, may serve as inspiration for Pence, the former Indiana governor who was floated as a potential presidential candidate in 2016 and is now considered a top contender to become the Republican Party's presidential nominee after President-elect Donald Trump's time in office comes to a close.
The former congressman is also expected to be a particularly powerful vice president to Trump, who has never served in government. Pence will spend much of his time spearheading the Trump administration's legislative in Congress, where he has been given an office on the House side in addition to the vice presidential office in the Senate side of Capitol Hill.
Pence is expected to be a key bridge between GOP leaders and Trump. His selection as Trump's running mate last year was in large part aimed at reassuring conservatives in the party and rallying them around Trump's unconventional candidacy.
The-CNN-Wire
™ & © 2017 Cable News Network, Inc., a Time Warner Company. All rights reserved.
Copyright 2017 Scripps Media, Inc. All rights reserved. This material may not be published, broadcast, rewritten, or redistributed.