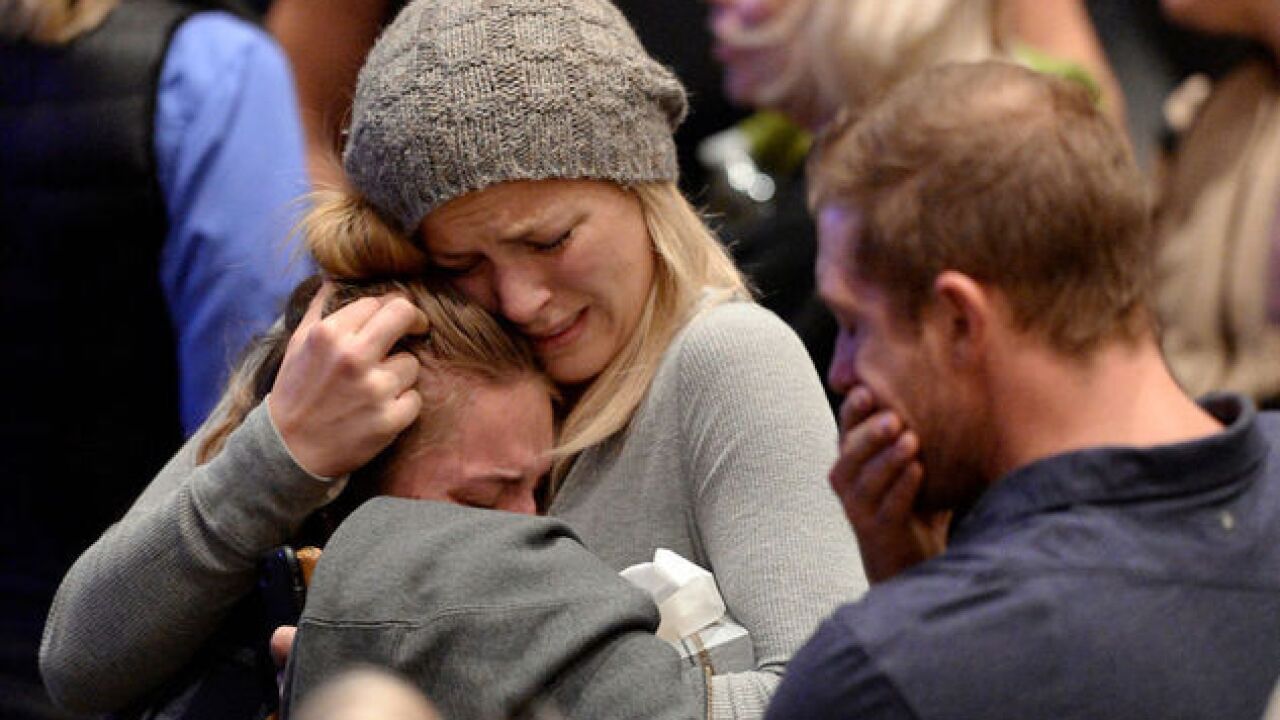 Image copyright 2018 Getty Images. All rights reserved. This material may not be published, broadcast, rewritten, or redistributed.
Kevork Djansezian
<p>Mourners cry and comfort each other during a vigil for the victims of the mass shooting at the Thousand Oaks Civic Arts Plaza on November 8, 2018 in Thousand Oaks, California. </p>

As Thousand Oaks comes to grips with the dual traumas of a deadly mass shooting and destructive wildfires, Brian Hynes will have to decide whether to reopen the Southern California bar where 12 people were killed.

The Borderline Bar & Grill, the kind of place that comforted and supported the community in times of distress, is closed after a Marine veteran opened fire there last week in what authorities called a "horrific scene" before he apparently took his own life.

Will the bar reopen? Hynes, the establishment's owner, said he knows how he'll come to a decision.

"With what Borderline is to ... my community, I don't know if (reopening) is going to feel right. But once I stand inside that building, it's going to be like going to my childhood home, and I'll know. I'll know then," he told CNN's Brooke Baldwin on Monday afternoon.

"There's no way I'm not going to reopen out of fear or anything like that. If it works, we will definitely reopen, but right now ... with the fires going on in our same community ... I'm trying to get people back in their home beds, with their pets and their families."

Firefighters raced from the bar to battle flames

A day after the shooting, two wildfires started on either side of Thousand Oaks, forcing many in the area to evacuate. Firefighters who had raced to the bar to save lives after the shooting sped off hours later to battle the flames.

The bar had been a place of comfort for some survivors of last year's massacre in Las Vegas when a gunman killed 58 people and injured more than 500 at the Route 91 Harvest country music festival -- the deadliest mass shooting in recent US history.

A few Las Vegas survivors were at Borderline during last week's shooting, including 27-year-old Telemachus Orfanos, who was killed at the bar.

"The Borderline has been there for 25 years. I've been going there for 24 of those years, and I've owned it for 10," Hynes said. "And when something happens in this community, that's where we go.

"Fundraisers, everything, is always done there. And that place was our place of safety and our place of comfort in these rough times."

Hynes, who lives down the street, wasn't there when the shooting happened, but he headed there that night as soon as he heard. The shooting was still going on when he arrived, he said.

"We just don't know what to do, and obviously, we're trying to come together," he said. "We're so sorry for the families of our patrons and the employees, and just everybody who was injured."

A retired Chicago carpenter who has made crosses to honor slain shooting victims across the country has done so for the 12 people who died in the Thousand Oaks shooting.

"I'm working for the families. I always bring a double set. I sand them, I paint them, I put hearts on them and I put their names on them," Zanis told Reuters. "I also put their photo on there in black and white as a ghost. It's the most personal gift a carpenter can give to a grieving family."

The crosses, along with flowers and other items such as a wreath and a stuffed animal, make up a makeshift memorial.

"I was just touched that someone from across the country could feel the pain that we're feeling here in Thousand Oaks," Kam-Biron told KABC. "That he sacrificed all that time and trouble and made all these crosses for these victims of such a tragic and terrible event that happened -- it was just touching, and that's what brought me out here."

Last year, Zanis placed 58 crosses in Las Vegas for those killed in the concert shooting in that city.