Otto strengthens into hurricane with Nicaragua in sight 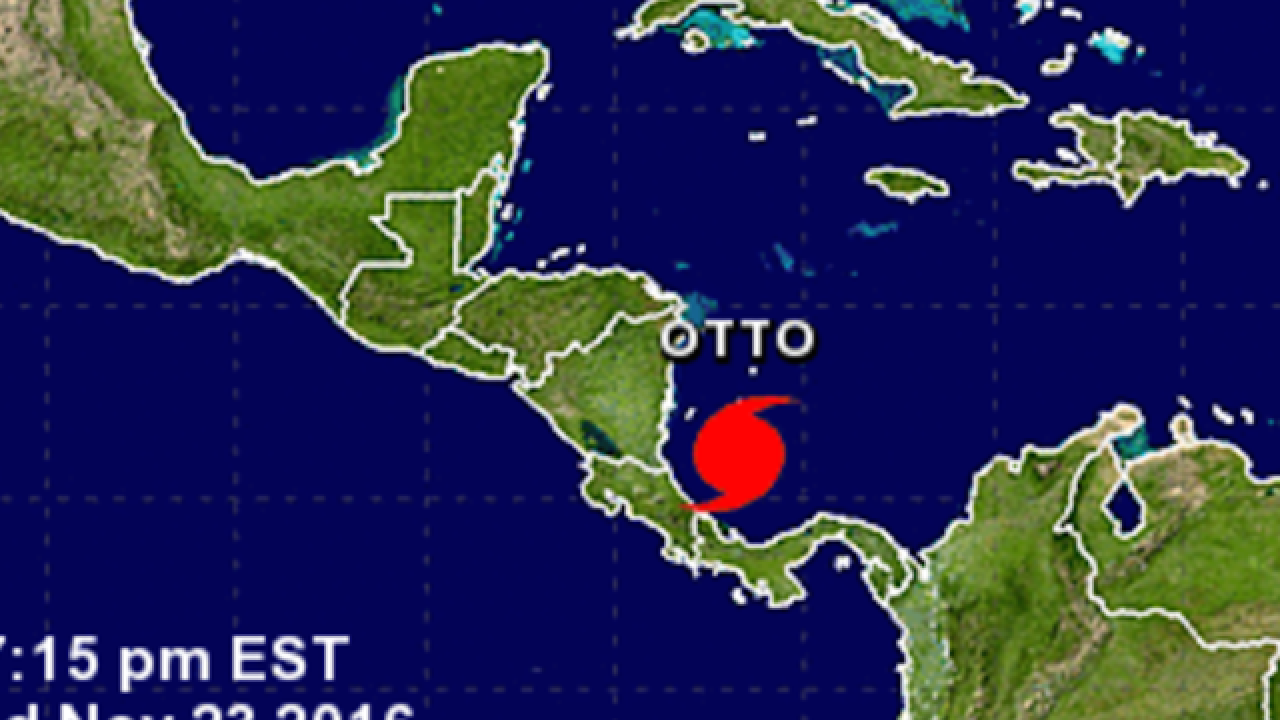 MANAGUA, Nicaragua (AP) — An unusually late-season Hurricane Otto swirled over the Caribbean just off Central America on Wednesday and headed toward a possible landfall in Nicaragua after regaining hurricane strength.

Heavy rains from the storm were blamed for three deaths in Panama, and officials in Costa Rica ordered the evacuation of 4,000 people from its Caribbean coast.

Nicaragua ordered evacuations in low-lying areas of its sparsely populated Caribbean coast, an order that could cover about 7,000 people.

The country's disaster prevention agency said classes would be cancelled in the area south of the town of Bluefields which was hit hard by Hurricane Joan in 1988.

The U.S. National Hurricane Center said the westward-moving storm had regained hurricane strength late Wednesday, with winds of 75 mph (110 kph), after fluctuating between tropical storm and hurricane status earlier this week. It was expected to make landfall as a hurricane Thursday.

The storm caused heavy rains in Panama as it moved roughly parallel to that nation's northern coast.

Jose Donderis, Panama's civil defense director, said a landslide just west of Panama City early Tuesday trapped nine people. Seven were rescued but two were pulled from the mud dead. In the capital, a child was killed when a tree fell on a car outside a school.

Panamanian authorities canceled school and began to release water from the locks and lakes feeding the Panama Canal.

Costa Rica's National Emergency Commission said it was evacuating 4,000 people from the area where the storm was expected to hit and where rivers could overflow. The effort was expected to involve evacuations by plane, boat and road in the low-lying coastal areas.

Nicaragua also feared damage for impoverished farmers there; Otto could threaten coffee crops that are almost ready for harvest.

On Wednesday, the hurricane had top sustained winds of 75 mph (110 kph) and was moving west at 8 mph (13 kph), the U.S. hurricane center said. Otto was centered about 180 miles (285 kilometers) east-southeast of Bluefields.