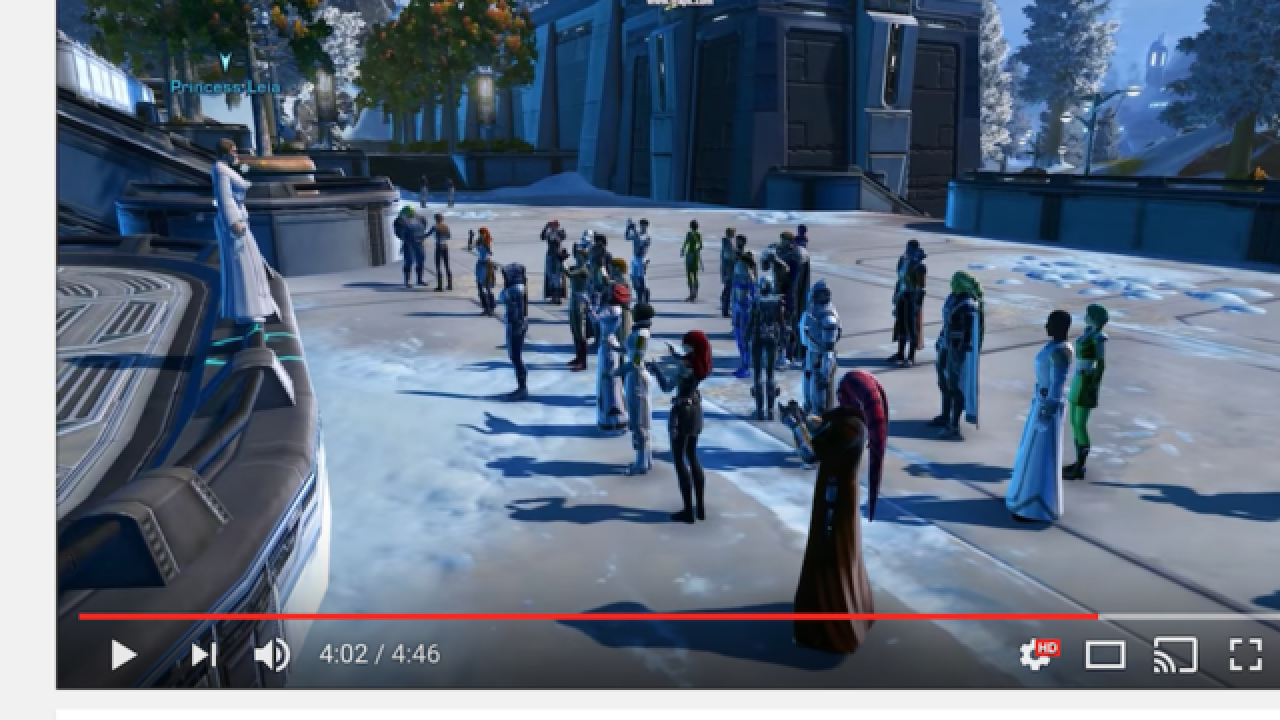 It's not often that video games can bring a tear to your eye but players of "Star Wars: The Old Republic" pulled it off.

In the days following the death of actor Carrie Fisher, who famously played Princess/General Leia Organa in four "Star Wars" films, dozens of players of the online video game united together to pay tribute to her.

According to a gameplay video made by Youtube user Kerry-Aiden Nobbs, one player of "Star Wars: The Old Republic" created a painstakingly detailed recreation of Princess Leia and other players of the game traveled to greet and honor the avatar.

Players used their characters to dance together, shoot fireworks and kneel before the Princess Leia avatar.

According to Nobbs, many of the players were from opposing factions, meaning they agreed to a ceasefire of sorts to pay respects to Fisher and her beloved character. Nobbs' video shows the community aspect of online gaming, a hobby that is often maligned and portrayed as overwhelmingly negative.

Watch Nobbs' video of the touching tributes below.