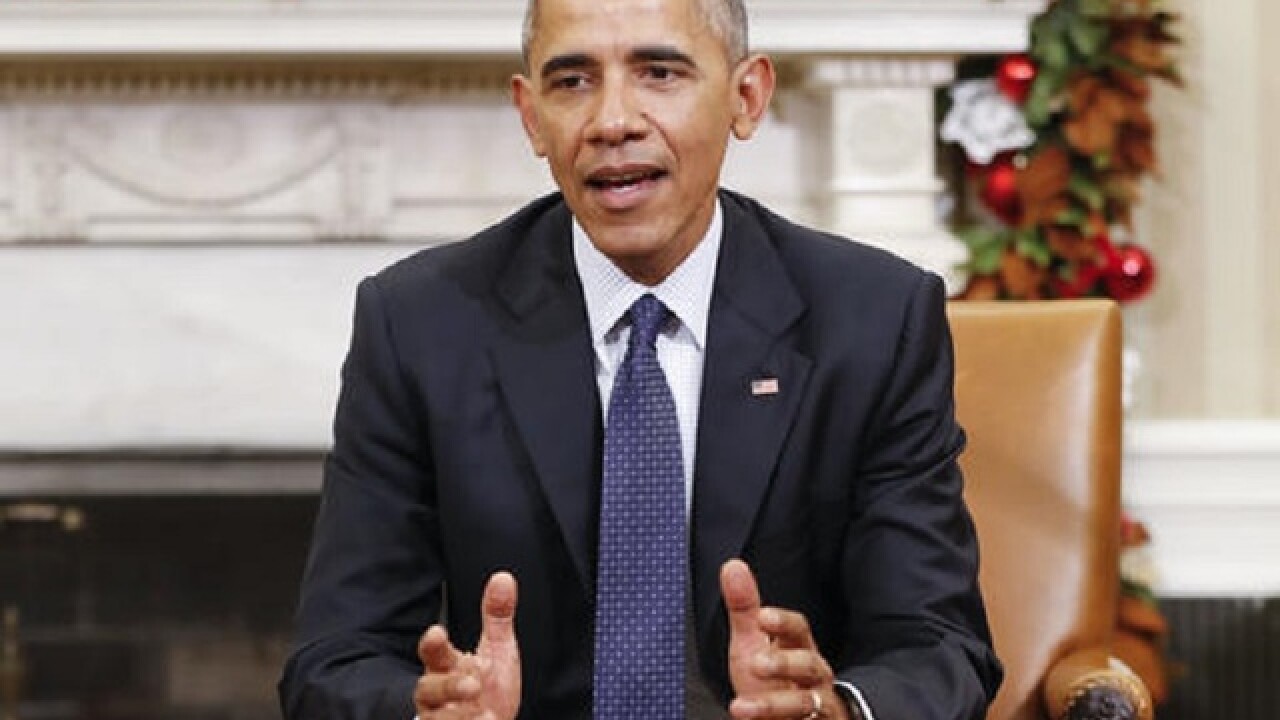 By: Associated Press
Posted at 11:00 PM, Nov 30, 2016
WASHINGTON (AP) — President Barack Obama welcomed four recipients of the Nobel Prize to the White House on Wednesday. Singer Bob Dylan wasn't among them.
Obama used the Oval Office meeting to send a reminder that America is unique in its ability to attract talent from all around the world to study at its universities.
Obama met with Duncan Haldane and J. Michael Kosterlitz, laureates of this year's Nobel Prize in Physics; Oliver Hart, laureate of the Nobel Prize in Economic Sciences; and Sir J. Fraser Stoddart, laureate of the Nobel Prize in Chemistry.
Obama said their work would lead to new products and technology, some of which can't be anticipated yet, and would inspire future scholars and scientists.
Dylan was awarded the 2016 Nobel Prize for literature but won't be attending the prize ceremony. He may travel to Stockholm next year and might give his Nobel Lecture then.
There was much speculation going into the day about whether Dylan would skip the White House meeting.
But White House spokesman Josh Earnest said during Wednesday's press briefing that "unfortunately, for those of you wondering, Bob Dylan will not be at the White House today, so everybody can relax."
Earnest says Dylan didn't give a reason, but he noted that Dylan and the president had met previously and "the president enjoyed meeting him."
In 2012, Obama presented the singer-songwriter with a Presidential Medal of Freedom.
Copyright 2016 The Associated Press. All rights reserved. This material may not be published, broadcast, rewritten or redistributed.