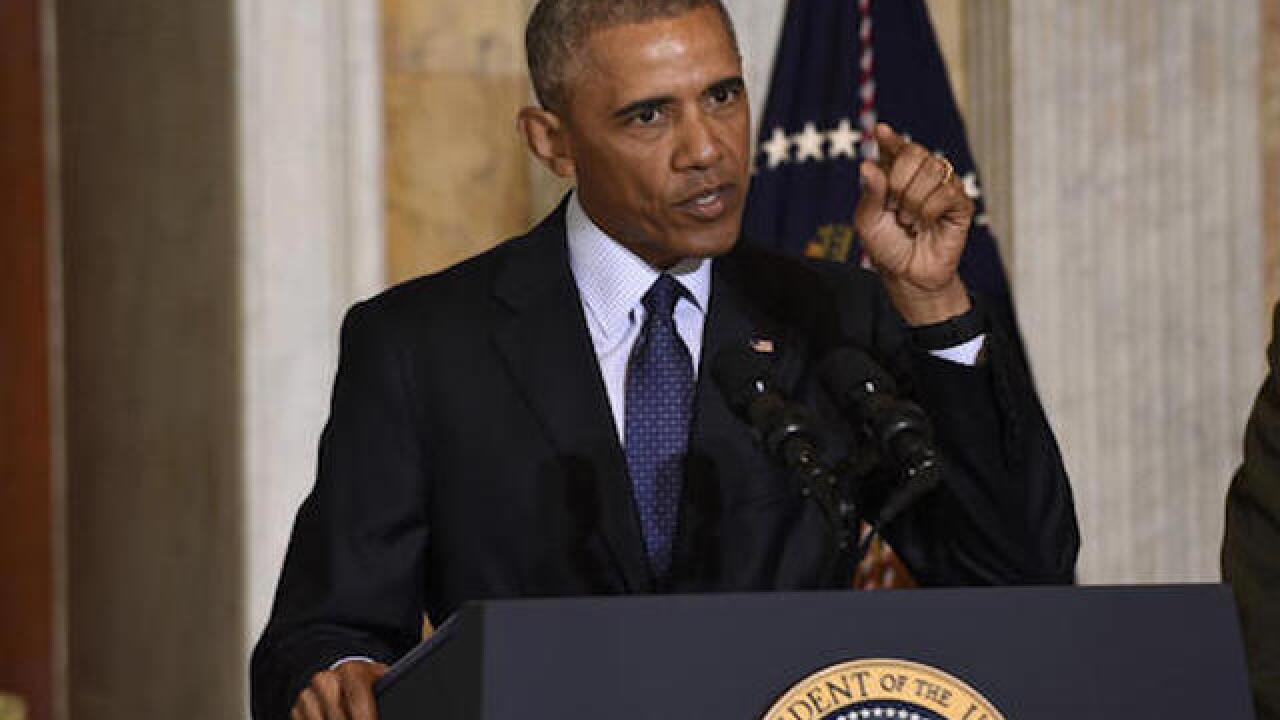 Copyright Associated Press
Susan Walsh
<p>President Barack Obama speaks after meeting with his National Security Council at the Treasury Department in Washington, Tuesday, June 14, 2016, to get updates on the investigation into the attack in Orlando, Florida and review efforts to degrade and destroy ISIL. (AP Photo/Susan Walsh)</p>

WASHINGTON (AP) — The White House Thursday promised that President Barack Obama would veto the long-delayed response of the Republican-controlled Congress to the president's request for fighting the Zika virus, saying it provided too little money and contained too many partisan provisions.

The $1.1 billion measure had already appeared sure to die in the Senate next at the hands of filibustering Democrats backing Obama's $1.9 billion request and opposing spending cuts that House Republicans added to the measure.

White House spokesman Eric Schultz says if the measure does pass the Senate, Obama will veto it.

"One party doesn't just huddle in the corner, come up with an ideological bill and then throw up their hands," Schultz said.

The bleak fate of the compromise worked out by House and Senate Republicans seemed certain, and it was unclear what alternative might emerge, given the hard feelings surrounding the issue and the short timetable ahead.

The Zika plan came out late Wednesday and won approval in the House hours later. That vote came amid a Democratic floor protest of GOP inaction on gun legislation. Republican leaders called the Zika vote abruptly, permitted no debate and immediately adjourned through July 4.

The result was more of the partisanship that has dogged the Zika proposal from the start and raised questions about whether lawmakers will manage to approve any assistance in the short time left before they leave Washington in mid-July for the political conventions.

The measure matches a bipartisan $1.1 billion figure adopted by the Senate last month to fight the virus, which can cause grave defects and can be transmitted by mosquitoes and sexual contact.

The House was largely satisfied in their demand to pair Zika aid with about $750 million in offsetting cuts to spending, including $543 million in unused funds from implementation of Obama's health care law and $107 million in cuts to leftover Ebola money.

Democrats objected. They made inflated claims about restrictions the measure would place on Planned Parenthood and they complained about a watered-down version of a provision backed by the House that would ease rules on pesticide applications to battle the mosquitoes that can spread Zika.

Obama requested $1.9 billion four months ago to fight the virus. Republicans initially displayed little urgency to respond to the request and forced the administration to devote more than $500 million of unspent Ebola money on Zika.

Zika Virus Around the World | HealthGrove

Democrats also said it was wrong to require spending cuts to pay for a response to a public health crisis while not requiring them for past emergencies such as wildfires, floods and Ebola.

Republicans said the cuts were relatively innocuous. For instance, the $543 million cut to Obama's health law was to a pot of money aimed at helping territories set up health insurance exchanges under the law. None did so, and the Congressional Budget Office estimates that cutting the program won't actually save any money. Also, Democrats privately indicated they could live with the additional $100 million-plus cut to overseas Ebola aid.

While some Democrats on the Senate Appropriations Committee believed any deal with Republicans would have to have some cuts, party leaders such as Sen. Harry Reid, D-Nev., took a harder line that ultimately prevailed.

The Zika money was added to an $82 billion measure covering the Department of Veterans Affairs and military construction projects. That measure is among the most popular of the 12 annual appropriations bills, and Republicans held out hope that its popularity might break free enough Democrats to squeak through the Senate.

More than 2,200 cases of Zika infection have been reported in the U.S. and its territories. In Puerto Rico, more than 400 pregnant women were at risk of having babies with major deformities such as microcephaly, a condition in which newborns have smaller brains that might not have developed properly.

The virus is spread mainly through the bite of a tropical mosquito called Aedes aegypti. It can be found in the southern United States, but there's no evidence that they've been spreading the virus in the mainland U.S. yet.