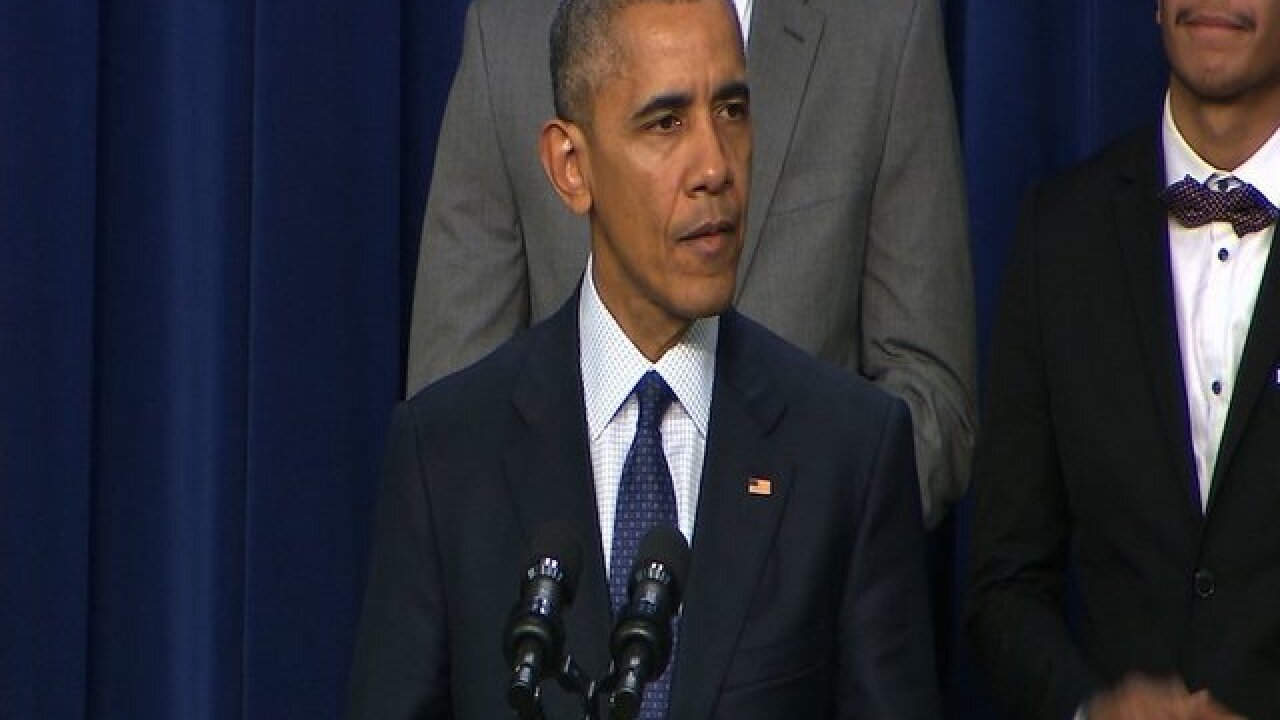 cnn
CNN
<p>President Barack Obama said Wednesday he will be invested &quot;for the rest of my life&quot; to his mentorship program for young men of color. Speaking at the final White House event for the My Brother's Keeper initiative, Obama said his initiative to reduce barriers to success for minority men would remain a lifelong pursuit.</p>

WASHINGTON (CNN) -- President Barack Obama's administration said Thursday it was ending a dormant program that once was used to track mostly Arab and Muslim men.

The Obama administration halted use of the program in 2011. Hakim said the "intervening years have shown that NSEERS is not only obsolete, but that its use would divert limited personnel and resources from more effective measures."

President-elect Donald Trump has suggested instituting a program that would track Muslim immigrants to the United States.

Trump adviser Kellyanne Conway said on CNN's "New Day" Thursday that Trump would not pursue a ban on Muslim immigration to the US based only on religion.

"You're going back to over a year ago in what he said about the (Muslim) ban versus what he said later about it, when he made it much more specific and talked about countries where we know that they've got a higher propensity of training and exporting terrorists," she told CNN's Chris Cuomo after he prodded her to share more details of Trump's plan.

In a letter addressed to the President, Schneiderman wrote that NSEERS, created after the September 11, 2001, terror attacks, did not reduce terrorist activity and instead "undermined trust" in law enforcement and instilled fear in some communities.

"We can't risk giving President-elect Trump the tools to create an unconstitutional religious registry," Schneiderman said in a separate statement.

Last month, nearly 200 organizations concerned that the incoming President may revive NSEERS asked Obama to abolish the program before he leaves office.

NSEERS, sometimes called "Special Registration," was a program for registering and monitoring noncitizen visa holders -- such as students, workers and tourists -- that President George W. Bush's administration enacted a year after the 9/11 attacks.

The program affected males 16 or older from 25 countries. With the exception of North Korea, all the countries on the list were Arab or had majority Muslim populations.

Proponents of NSEERS said it was necessary to identify and capture terrorists who might enter the country on false pretenses or who were already living in the United States.

The program targeted men "regardless of whether they were suspected or accused of any wrongdoing," Schneiderman's statement said.

By 2011, nearly a decade after the program was enacted, NSEERS had not resulted in a single terrorism conviction. The Department of Homeland Security determined in 2011 that the program was "redundant and did not provide any increase in security," said Hakim.

The Obama administration suspended the program by taking all 25 countries off its list, but left its primary structure intact.