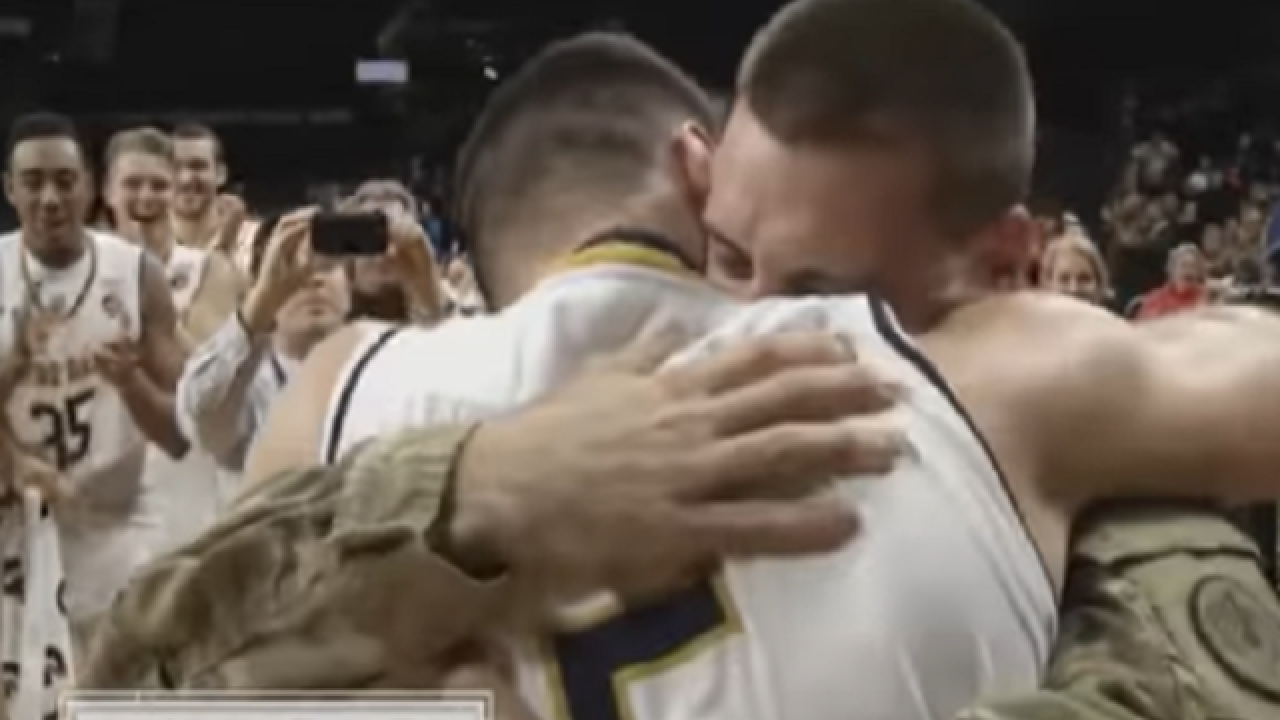 Notre Dame won its game against Colgate on Monday with a final score of 77-62, but the highlight of the night happened after the game.
Junior point guard Matt Farrell was stunned after his brother, Army Lt. Bo Farrell – who is on deployment in Afghanistan -- returned home and surprised him on court, SB Nation reports.
It started out as a touching video message. As if that wasn’t emotional enough for the college basketball star, it soon became clear that Bo was talking from inside the arena.
He soon stepped on to the court to be greeted by a roaring crowd and a tearful embrace from his brother.
"I didn't know he was here," Farrell told the Indianapolis Star of the moment. "I just thought he was doing that thing from over there. I thought that's why the video was staticky at first. But when it zoomed out and I saw the locker room, man, it was all she wrote."
According to SB Nation, Bo was originally scheduled to be back home in February.
Full video:
Copyright 2016 Scripps Media, Inc. All rights reserved. This material may not be published, broadcast, rewritten, or redistributed.