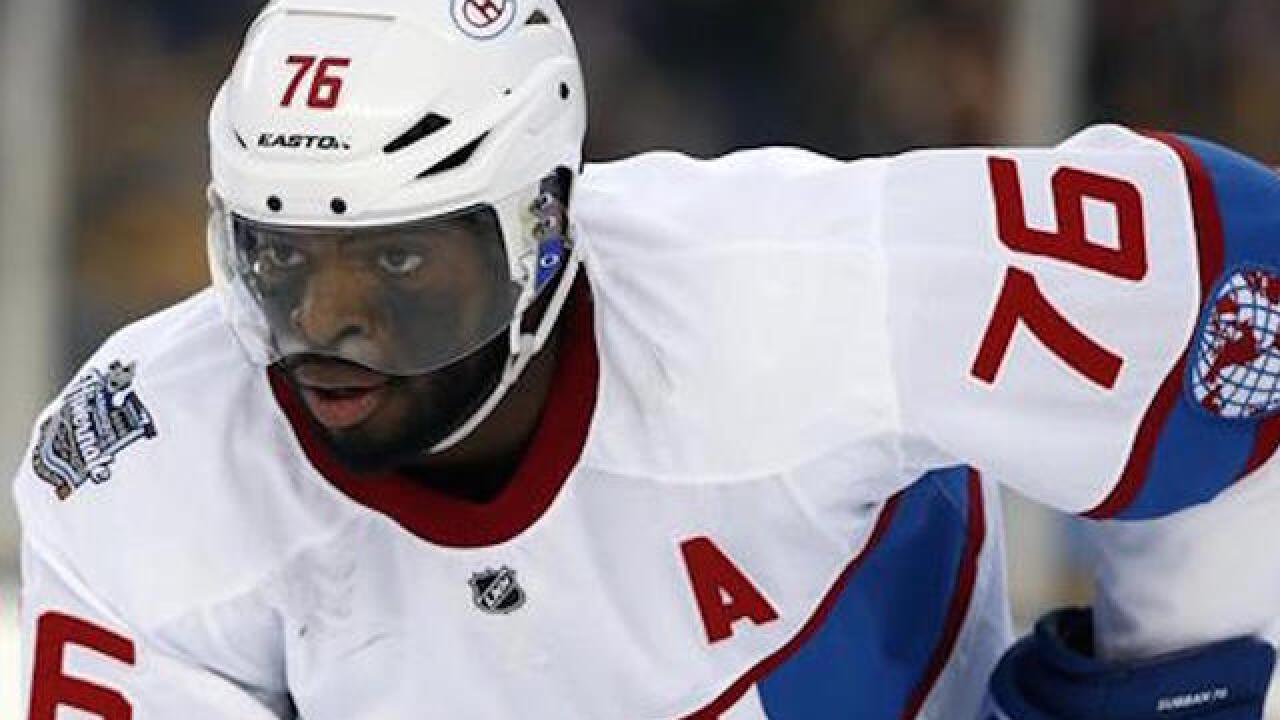 The Nashville Predators pulled off a blockbuster before the start of free agency Wednesday by acquiring P.K. Subban from the Montreal Canadiens in exchange for Shea Weber, a swap of All-Star defensemen.

Subban won the Norris Trophy as the NHL's top defenseman in 2013 and had six goals and 45 assists last season before suffering an injury. The offensive-minded, dynamic 27-year-old has 63 goals and 215 assists in 434 career games, all with the Canadiens.

Montreal general manager Marc Bergevin said trading Subban is "one of the most difficult decisions" he has had to make. Subban was not always the favorite of coach Michel Therrien and others in the organization despite his playmaking ability.

"We completed today an important transaction which I am convinced will make the Canadiens a better team," Bergevin said. "P.K. Subban is a special and very talented player. He provided the Canadiens organization with strong performances on the ice and generous commitment in the community."

Subban had been involved in trade rumors dating back to when he signed a $72 million, eight-year contract in the summer of 2014. His no-movement clause that would've allowed him to block any trade would have kicked in on Friday.

"P.K. Subban is an elite offensive defenseman with tremendous skill and contagious energy that makes the Nashville Predators a better team now and into the future," Predators general manager David Poile said. "Superstar defensemen of his caliber are a rare commodity, and we are thrilled to add him to the organization."

Weber, who turns 31 on Aug. 14, had been with Nashville since the start of his NHL career in 2005. He signed a $110 million, 14-year offer sheet with Philadelphia as a restricted free agent in 2012, but Nashville matched it to keep him.

The three-time Norris Trophy finalist was a team captain and had 20 goals and 31 assists last season.

"In Shea Weber, we get a top rated NHL defenseman with tremendous leadership, and a player who will improve our defensive group as well as our power play for many years to come," Bergevin said. "He is a complete rearguard with impressive size and a powerful shot."