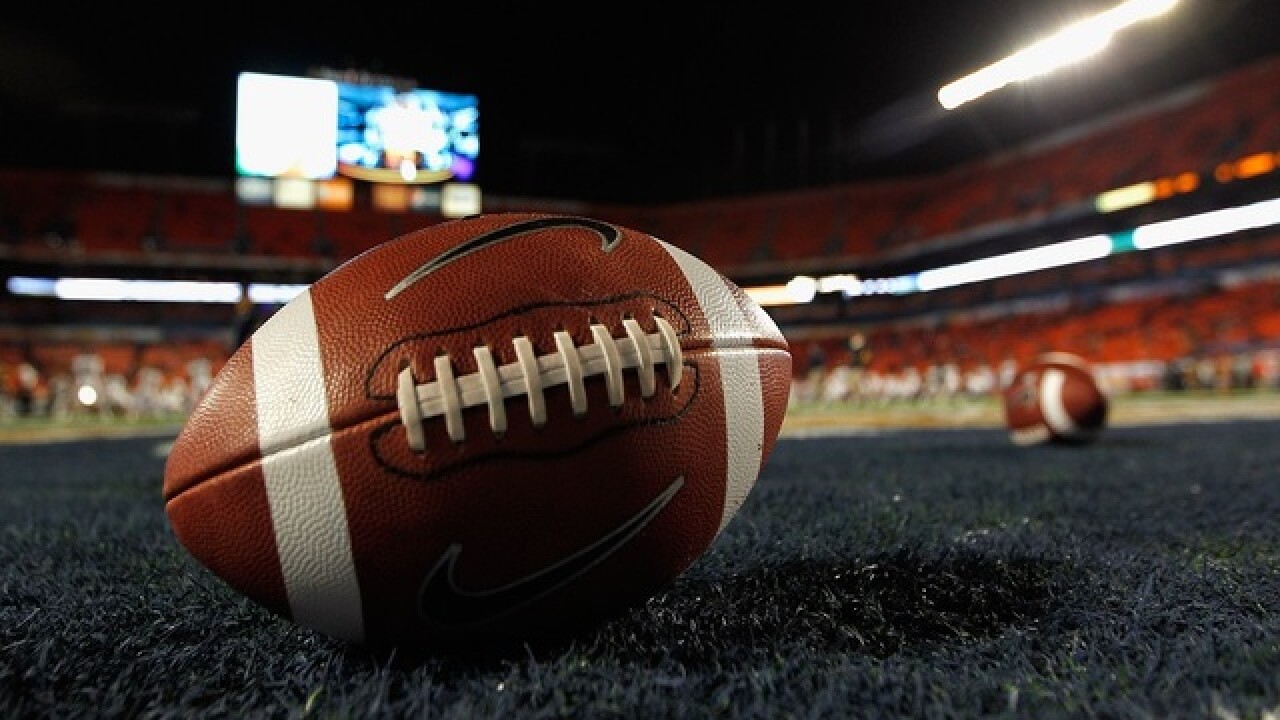 Streeter Lecka
<p>MIAMI GARDENS, FL - JANUARY 04: A detail of a Nike official NCAA size football as it sits in the end zone while the West Virginia Mountaineers stretchon the field prior to playing against the Clemson Tigers during the Discover Orange Bowl at Sun Life Stadium on January 4, 2012 in Miami Gardens, Florida. (Photo by Streeter Lecka/Getty Images)</p>

By: Associated Press
Posted at 6:41 PM, Jun 01, 2016
ORLANDO, Fla. (AP) — The Pro Bowl is Orlando-bound.
After weeks of speculation, the NFL announced on Wednesday that the Pro Bowl is moving from Honolulu to Orlando for the next three seasons.
"For us, Orlando is the new home of the Pro Bowl," NFL senior vice president of events Peter O'Reilly said at a news conference at Disney's ESPN Wide World of Sports.
The NFL and Orlando agreed on a three-year deal for the Pro Bowl to be played at renovated Camping World Stadium, formerly the Citrus Bowl.
The Pro Bowl had been anchored in Hawaii since 1979 with the exception of two years. The game will be played Jan. 29, during the week between the championship title games and the Super Bowl.
Also, the league said the preseason game between the Miami Dolphins and Atlanta Falcons on Aug. 25 will be played at the stadium that underwent $200 million in renovations in hopes of attracting interest from the NFL.
Orlando Mayor Buddy Dyer said that combined with other sports events set for the stadium, that his city is not only the top theme park destination, but also the top sports destination. He said the NFL will be paid $1 million in tax money and that the league would pay the city and Orange County $1.75 per ticket sold to rent the stadium.
"When we invested in the Citrus Bowl, now Camping World Stadium, we did so with the commitment of attracting the world's premiere events," Dyer said. "Right now we are talking about one of the world's premiere sporting events."
Dyer ran down a list of events set for the stadium, including upcoming Copa America games, five neutral site football games, three bowl games, NCAA Tournament games and WrestleMania.
For the past several years there had been talk that the NFL was considering moving the Pro Bowl out of Hawaii, where interest in the game has dwindled. The NFL had until Tuesday to notify Hawaii of its intent to leave and O'Reilly said the league did so this week.
Orlando had been in competition with Honolulu, Houston and Sydney, Australia for the right to host the 2017 Pro Bowl. O'Reilly said the city's family-first environment along with its reputation as vacation destination and the renovated Camping World Stadium ultimately put Orlando over the top. The Pro Bowl will be a weeklong event and will incorporate youth football into the week.
To help revamp interest in the game, O'Reilly announced that the game would return to the traditional NFC-AFC matchup. In recent years, former players had picked Pro Bowl selected players via a draft.
Copyright 2016 The Associated Press. All rights reserved. This material may not be published, broadcast, rewritten or redistributed.