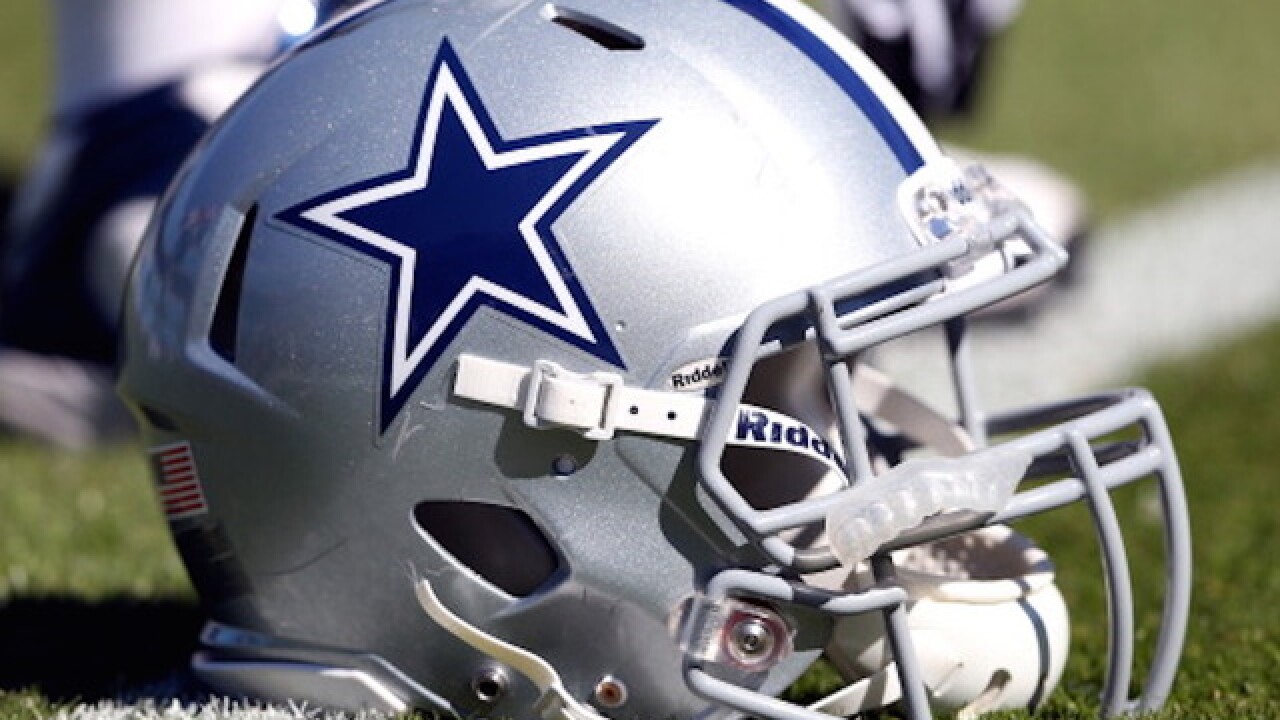 Copyright 2018 Scripps Media, Inc. All rights reserved. This material may not be published, broadcast, rewritten, or redistributed.
Streeter Lecka
CHARLOTTE, NC - OCTOBER 21: A helmet of the Dallas Cowboys during their game at Bank of America Stadium on October 21, 2012 in Charlotte, North Carolina. (Photo by Streeter Lecka/Getty Images)

According to the Dallas Morning News, the NFL is denying the Dallas Cowboys' request to wear a memorial decal on their helmets for fallen police officers.

Cowboys executive vice president Stephen Jones said the league told the Cowboys that while the team can wear the decal during practices, they are not permitted to wear them during preseason and regular season games, according to the newspaper.

The decal, which depicted a multi-colored star surrounded by the words “ARM IN ARM,” was added to the Cowboys helmets in memory of police officers killed by a sniper in downtown Dallas during a Black Lives Matter rally on July 9.

According to Jones, the league's decision has to do with its desire for uniformity among its 32 teams, and that allowing a team to wear a decal for a social cause could open "Pandora's box."

"There are so many wonderful, wonderful causes, the league has to be careful," Jones told the Dallas Morning News. "If you allow one, then what do you do about every team that has a great reason to have something on their helmets?"

While it's common for NFL teams to wear memorial decals honoring recently deceased players, owners and other team officials, it is true that teams don't often honor social causes on their helmets. According to the Gridiron Uniform Database, the Denver Broncos honored "victims of gun violence and wildfire" on Sept. 9, 2012. The Jets and Patriots also honored victims of the Sept. 11 attacks with a decal on Sept. 23, 2001.