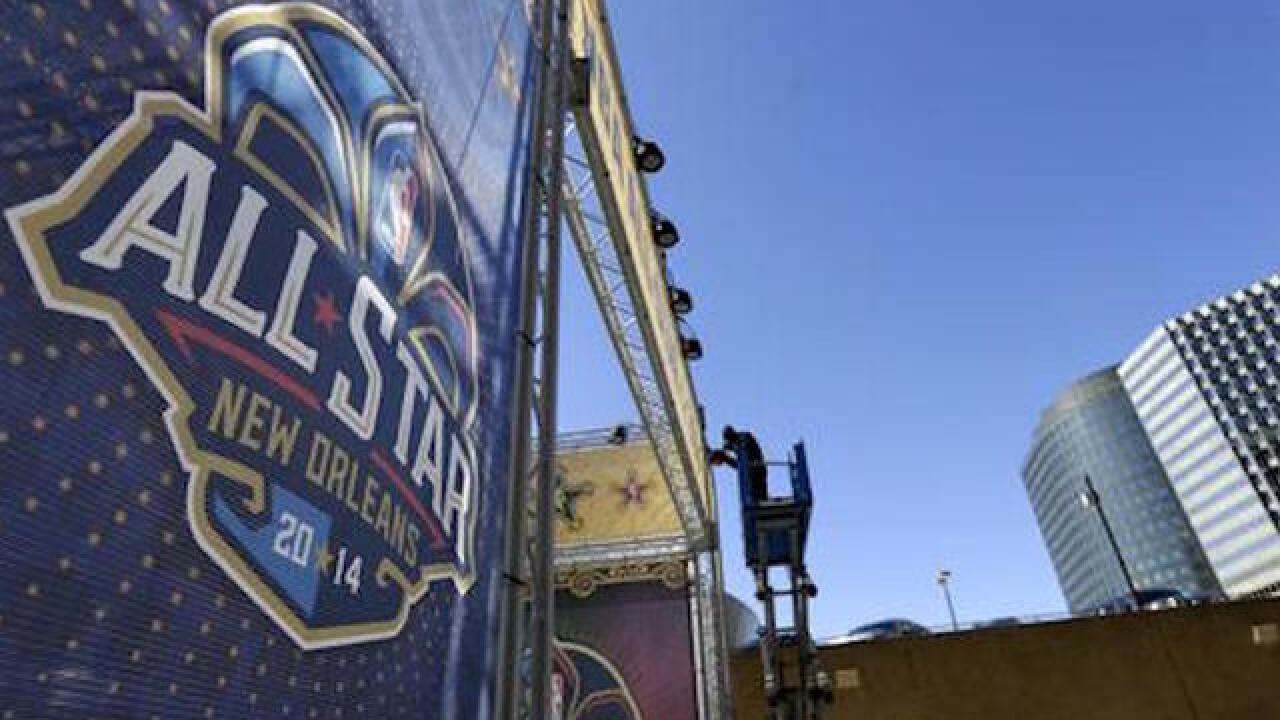 NEW ORLEANS (AP) — The NBA has decided to hold the 2017 All-Star Game in New Orleans, a person familiar with the decision told The Associated Press.

The person spoke to the AP on condition of anonymity Friday because the decision hasn't been announced. An announcement was expected within the day, the person said.

New Orleans replaces Charlotte, which was set to host the game until the NBA decided last month that it wouldn't hold its marquee, mid-season event in North Carolina because of a state law that limits anti-discrimination protections for lesbian, gay and transgender people.

Unlike several other Southern states, Louisiana has not been swept up in legislative efforts to pass laws similar to that in North Carolina — a fact Gov. John Bel Edwards has touted while lobbying the NBA to bring its All-Star weekend to New Orleans for a third time.

"We embrace our rich cultural heritage and see our diversity as a virtue," Edwards wrote in a letter to NBA Commissioner Adam Silver in late July. "Should the NBA choose to bring the All-Star Game back to New Orleans in 2017, it will strongly reaffirm its commitment to communities that value fairness and inclusion."

This marks the third time New Orleans, which became an NBA city for the second time in 2002, has been selected to host the league's All-Star Game since 2008, less than three years after Hurricane Katrina struck. All-Star weekend also came to the Big Easy in 2014, when New Orleans Pelicans forward and center Anthony Davis made his All-Star debut. Davis would play the All-Star Game in his home arena again if he is named to the Western Conference squad for a fourth straight season.

Hosting the All-Star Game provides a considerable boost to New Orleans, which has a history of hosting major sporting events but has seen its last two bids to host a Super Bowl come up short. New Orleans also bid unsuccessfully to host one of the NCAA Final Fours between 2017 and 2021.

A number of entertainment acts, including a Bruce Springsteen concert, have canceled North Carolina events because of its so-called HB2 law.

In the April order, the Democratic governor banned discrimination in state government based on sexual orientation and gender identity. State contracts also were required to comply, except contractors that are religious organizations. Edwards' anti-discrimination order was similar to orders enacted by two former Louisiana Democratic governors — but he added language protecting against discrimination based on gender identity, a provision that protects transgender people.

Republican Attorney General Jeff Landry's office has issued an opinion claiming that Edwards' order has "no binding legal effect" and exceeds the governor's authority. But the order hasn't been challenged in court, and Edwards has vowed to follow it.

The All-star Game is scheduled for Feb. 19, which falls during the first weekend of Mardi Gras parades. That weekend presented somewhat less of a logistical challenge for New Orleans than the following weekend, when the largest parades roll in the days leading up to Fat Tuesday, which is Feb. 28.