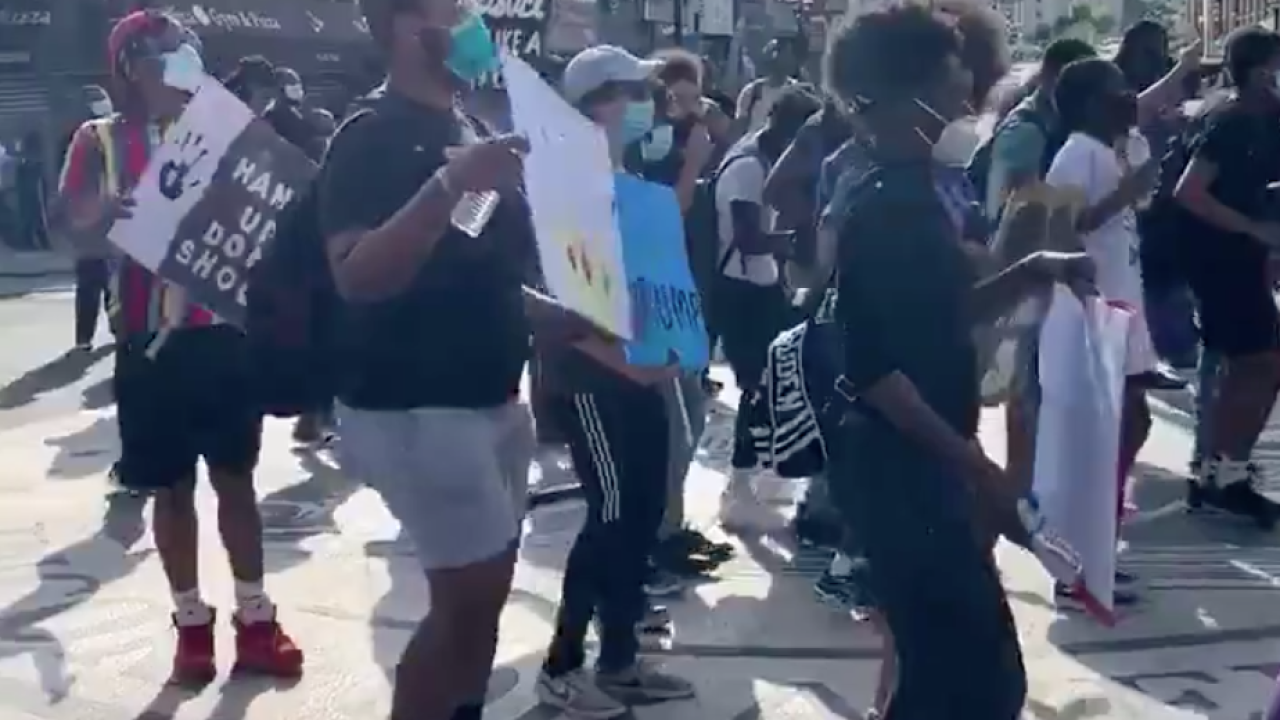 As unrest wavered through the United States on Saturday, one protest had a different way of protesting: Through dance.

In Newark, New Jerseys, dozens of Black Lives Matter protesters joined in a dance of the famous dance song “Cupid Shuffle” on Saturday. The scene showed a stark difference from events taking place in other cities, many of which had looting and rioting on Saturday.

Video of Saturday's dancing protest has gone viral, with more than 8 million views on Twitter by Sunday evening.

Saturday's protest was one of many being held in major cities through the US in response to the death of George Floyd, who died while in police custody on Monday.

The world needs to know about what happened in Newark today. A Black city, with a Black mayor (who marched with us), and many Black owned businesses. 100% peaceful demonstrations. Anger was allowed to be expressed in a healthy way and wasn’t met with force. pic.twitter.com/eyRrO0OIzN