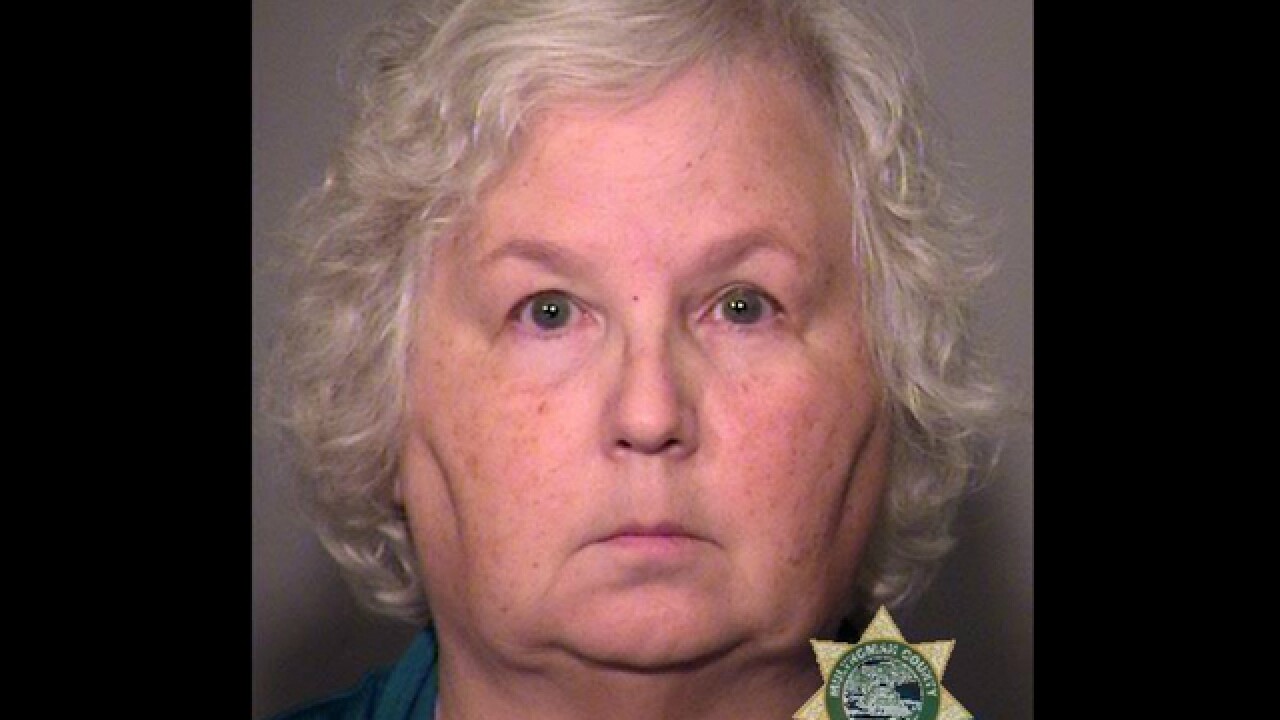 Nancy Crampton-Brophy, an Oregon-based romance author, was arrested September 5 as a suspect in the murder of her husband Daniel Brophy, according to the Portland Police Bureau.

The 68-year-old writer was being held at Multnomah County Jail on charges of murder and unlawful use of a weapon.

Police responded to a shooting at the Oregon Culinary Institute, Brophy's place of employment, June 2. Students were just beginning to arrive when they found the 63-year-old chef bleeding in the kitchen, according to KATU2 news. Brophy died at the scene.

His wife, Crampton-Brophy, is a self-published author of several books, including "The Wrong Husband" and "The Girl Most Likely To." She also penned a blog post entitled "How To Murder Your Husband" in November 2011. The blog has since been made private.

In "How to Murder Your Husband," Crampton-Brophy described motives and possible murder weapons she would choose from if her character were to kill a husband in a romance novel, according to The Washington Post. She even offered advice to readers, such as not using a hitman or poison to commit the murder.

Her other works also dealt with murder. In "The Wrong Husband," a woman tries to leave an abusive spouse by faking her death and in "The Wrong Cop" she wrote about a woman who “spent every day of her marriage fantasizing about killing” her husband. 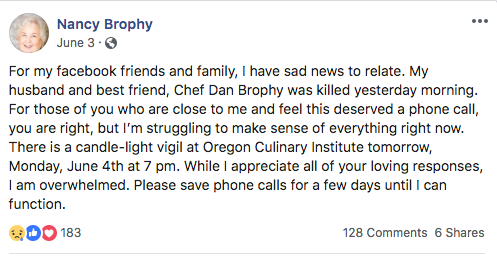 Family and friends are shocked at the latest development in the case, according to The Washington Post.

"For my facebook friends and family, I have sad news to relate. My husband and best friend, Chef Dan Brophy was killed yesterday morning," she wrote June 3. "For those of you who are close to me and feel this deserved a phone call, you are right, but I’m struggling to make sense of everything right now."

But one of the couple's neighbors confided to The Oregonian that Crampton-Brophy seemed unconcerned when she told him the police were investigating her as a suspect in the weeks following her husband's death.

Crampton-Brophy was arraigned in Multnomah County Court on September 6.