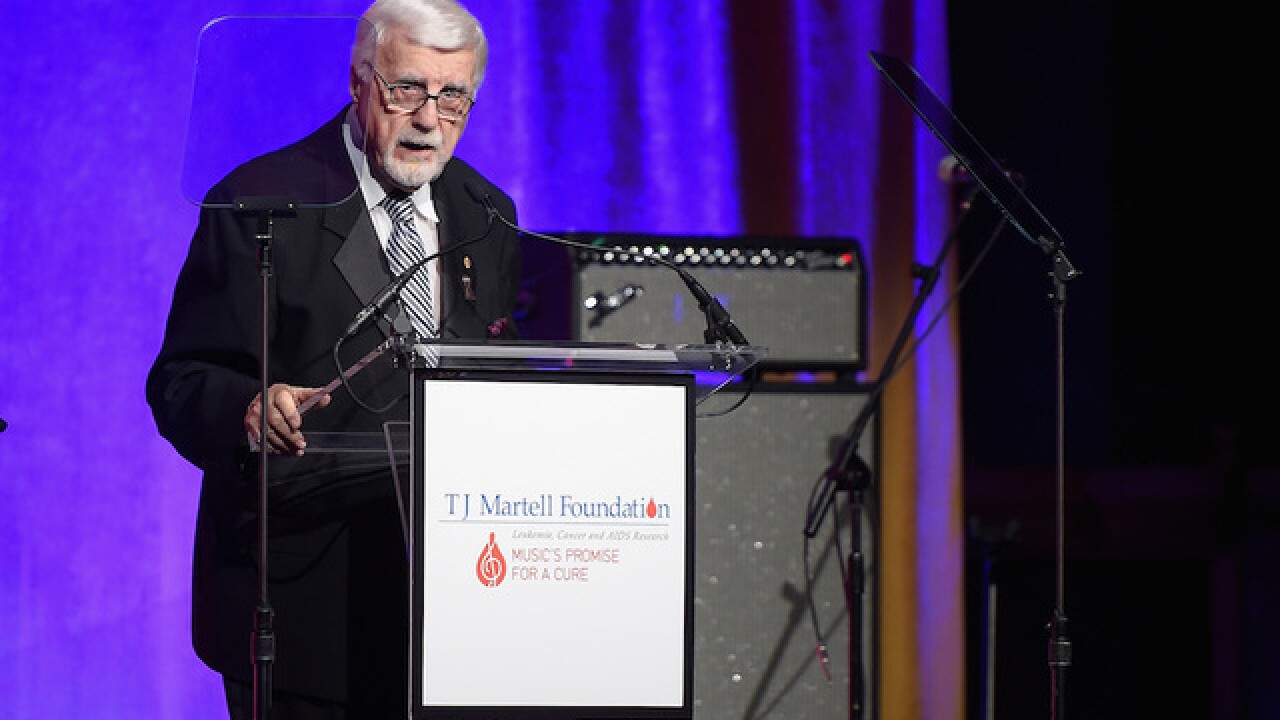 The founder of the T.J. Martell Foundation died at his home in Madison on Sunday. The foundation did not release the cause of death Monday.

In 1975, Martell launched the foundation, which was named for his 19-year-old son who died of leukemia. It has raised more than $270 million.

Martell worked with such artists as Ozzy Osbourne, Joan Jett and The Isley Brothers during a career in which he became president of CBS International Records.

His wife of 65 years, Vicky, died in February. He is survived by a daughter.