Mother’s Day spending projected to be up despite mass unemployment 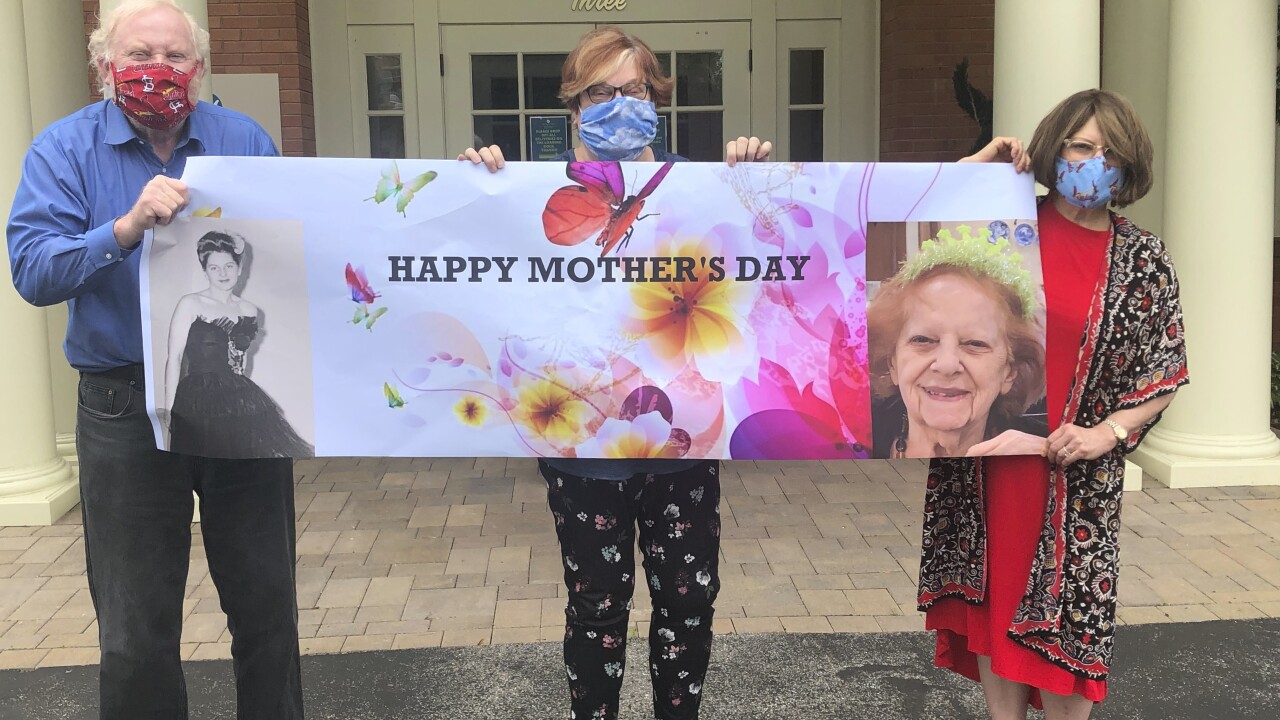 AP
This May 3, 2020, photo released by Shelly Solomon shows, from left, Steve Turner and his sisters, Carla Paull and Lisa Fishman, holding up a Mother’s Day banner emblazoned with images of their mom, Beverly Turner, in front of her assisted living facility in Ladue, Missouri. They were “practicing” how their Mother’s Day surprise will look on the holiday as their mother peers down from a window. Isolation due to the coronavirus outbreak has led mothers and offspring to find creative ways to celebrate. (Shelly Solomon via AP)

Although 30 million Americans have filed for unemployment in the last two months, and a number of retailers closing due to the spread of COVID-19, spending for Mother’s Day is expected to increase in 2020.

The National Retail Federation said that 71% are social distancing, and concerned about the economic and health effects of COVID-19. The organization’s research found that 66% plan to celebrate the holiday virtually, even though some said they would like to hold a traditional outing.

“Families are in an unusual position this year,” Prosper Insights Executive Vice President of Strategy Phil Rist said. “Some consumers are looking to make up for the fact they can’t take mom out by sending her something a little extra special this year.”

Electronics, books and housewares are expected to see the biggest increase in spending from 2019, the these are items that can be easily used at home.

The National Retail Federation surveyed 8,294 adult consumers in April as part of its findings.