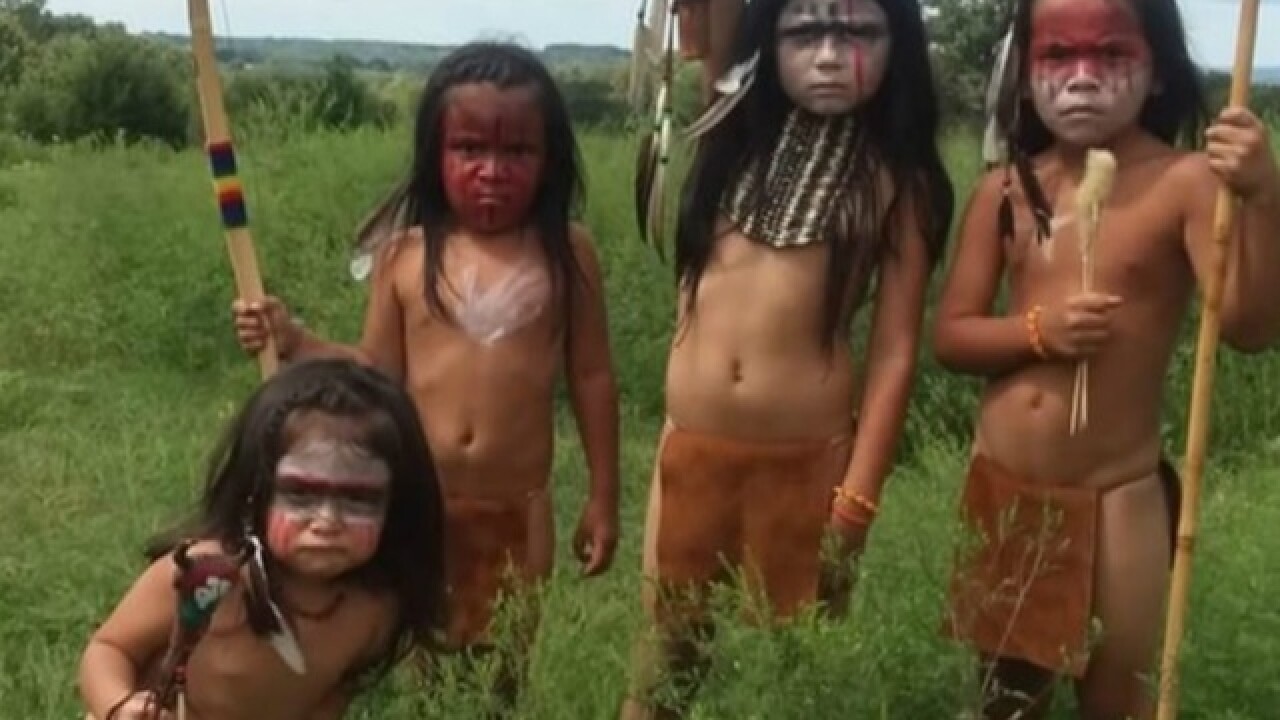 SALLISAW, Okla. -- A Sequoyah County mother says she has been banned from Facebook after she posted pictures of her adopted children wearing their traditional Native American clothing.

Davis and her husband have adopted ten children, six currently at home. They’re all Native American: Three children are part of the Navajo tribe and the other three are Cherokee.

“It’s challenging sometimes, but they’re worth it," Davis said. "The kids are definitely worth it.”

“We were celebrating their heritage here, showing them how they dressed many years ago and the tools they used," Davis said.

Davis says the purpose was to help her children understand their background after they were forced into foster care at a young age.

“They’ve faced so much adversity in their short lives and we’re proud of them and like to celebrate them," Davis said.

“They were reported as being a sexual nature involving minors," Davis said. "Facebook deleted them so I reposted them because I knew what they weren’t and what they were. Then, I got banned.”

Davis made a new Facebook profile but the second one also got banned. The support system said the posts don’t “follow community standards” and they don't allow “sexual material.”

“It does seem extreme," Davis said. "Especially when you see women in bikinis.”

But Davis isn’t backing down. She doesn’t want her children to forget where they came from.

“These are innocent children celebrating their culture and their heritage," Davis said. "It just boggles me.”