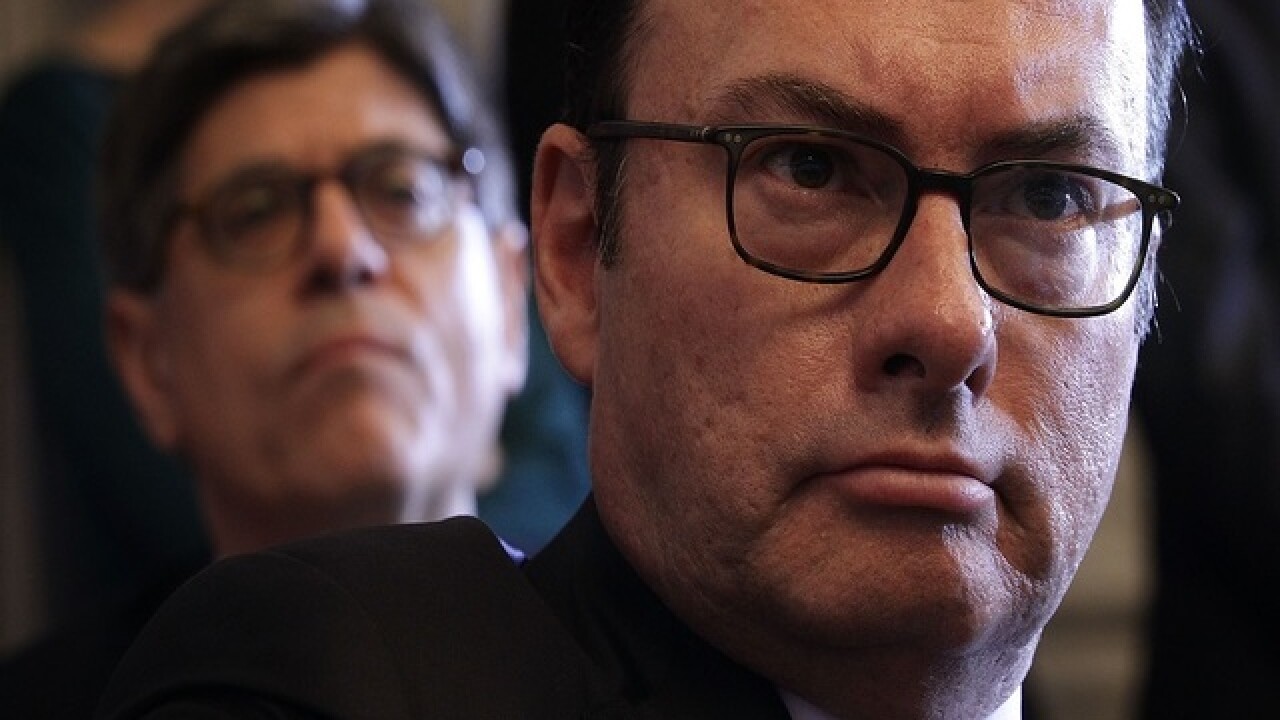 Copyright 2017 Scripps Media, Inc. All rights reserved. This material may not be published, broadcast, rewritten, or redistributed.
Alex Wong

(CNN) -- Mexico's top diplomat has said the suggestion that his government would pay for President Donald Trump's planned border wall was "totally unacceptable," leading to the cancellation of the two countries' leaders' first meeting.
Mexican Foreign Minister Luis Videgaray told journalists Thursday that Mexico respected the US' prerogative to protect its borders but that Mexico "simply cannot accept the concept of a neighbor paying for your wall."
Mexico's President Enrique Peña Nieto canceled a meeting with Trump that had been set for next week after renewed tensions erupted over Trump's plan to build a wall on the border.
"This morning we have informed the White House that I will not attend the meeting scheduled for next Tuesday with the POTUS," Peña Nieto tweeted Thursday.
Trump said that the two leaders had "agreed" to cancel the meeting at a meeting of Republican strategists in Philadelphia.
"Unless Mexico is going to treat the United States fairly, with respect, such a meeting would be fruitless and I want to go a different route," he said in prepared remarks. "We have no choice."
Earlier Thursday morning, Trump had tweeted that it would be better to skip the meeting if his Mexican counterpart continued to insist Mexico would not pay for the wall.
Videgaray insisted that his ministry would take a cooperative stance toward Mexico's northern neighbor and largest trading partner -- the World Bank reports over 80 percent of its exports flow north -- but that the disagreement over funding for the wall was about Mexico's "dignity and our pride."
Abrupt cancellation
Videgaray said he was in a meeting with White House staff setting out protocols and logistics for Peña Nieto's visit when he heard about Trump's tweet.
"We then asked for a break in the meeting and I quickly called (Peña Nieto). He had already seen it, through social media, and the President gave me instructions to communicate in a cordial and respectful manner to the White House that due to this statement it was inviable to have the meeting."
He said that his government's stance over the wall was "not a negotiating strategy."
"This goes way beyond any trade issue, investment, or other things that we are more than willing to negotiate and talk about and make better."
He said that the Mexican government was confident that it could "get to great deals with President Trump."
Videgaray, known to have a good relationship with Trump's senior adviser and son-in-law Jared Kushner, met with Mexican senators Tuesday ahead of his first face-to-face diplomatic meeting with the Trump administration in Washington.
Foreign minister: We won't react to tariff proposal
He added that Mexico will not react on Trump's 20% tax proposal until "we see action."
"Let's not put too much energy or attention into something that will be speculation. I can tell you that if you tax exports from Mexico into the US, you're going to make things ranging from avocados, to appliances to flat screen TVs more expensive and that is going to be paid by the American consumer."
"Let's not devote too much time onto something that is speculation."
The-CNN-Wire
™ & © 2017 Cable News Network, Inc., a Time Warner Company. All rights reserved.
Copyright 2017 Scripps Media, Inc. All rights reserved. This material may not be published, broadcast, rewritten, or redistributed.