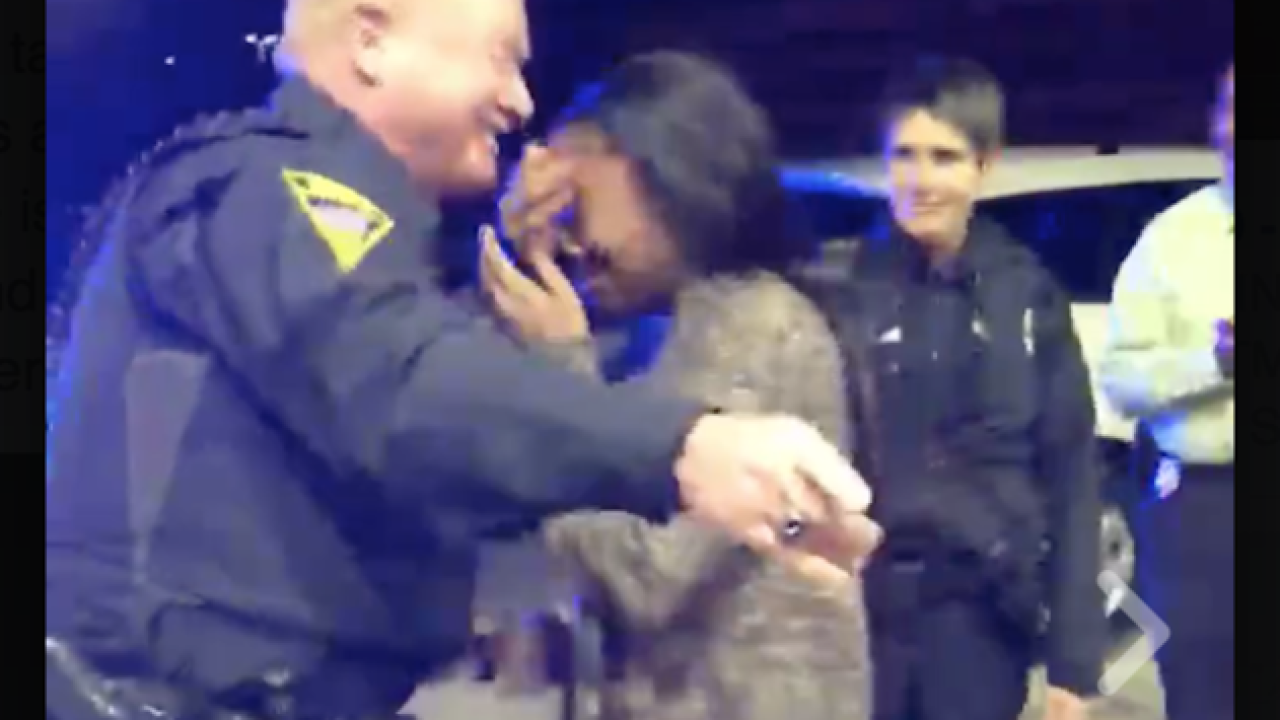 (CNN) -- With interactions between black men and police officers sometimes striking a contentious tone, Daiwon McPherson had an idea that if successful, he figured would spread peace and love on two totally different fronts.

He wanted his marriage proposal to his girlfriend, Shawna Blackmon, to be unique and memorable. He also wanted to flip the script on police-community relations.

Last Friday, McPherson was pulled over by Mobile, Alabama police on his way to a date with Blackmon. The situation then got tense.

According to WPMI, Blackmon got a call telling her where McPherson was stopped.

"I was scared. I said...'They are going to shoot him,'" Blackmon told WPMI.

As it turns out, the whole interaction was staged in order to send a message about Black Lives Matter.

"First thing you're going to think is: we got another black man going to get killed by two police officers," Blackmon said. "Nope, that was the whole flip."

Kneeling in the circle of cops, McPherson eventually got out the ring and proposed. Blackmon's anxiety dissolved into relief when she realized what was actually happening.

"I felt like that was the perfect set-up to do something like that and bring everybody together," Blackmon said.