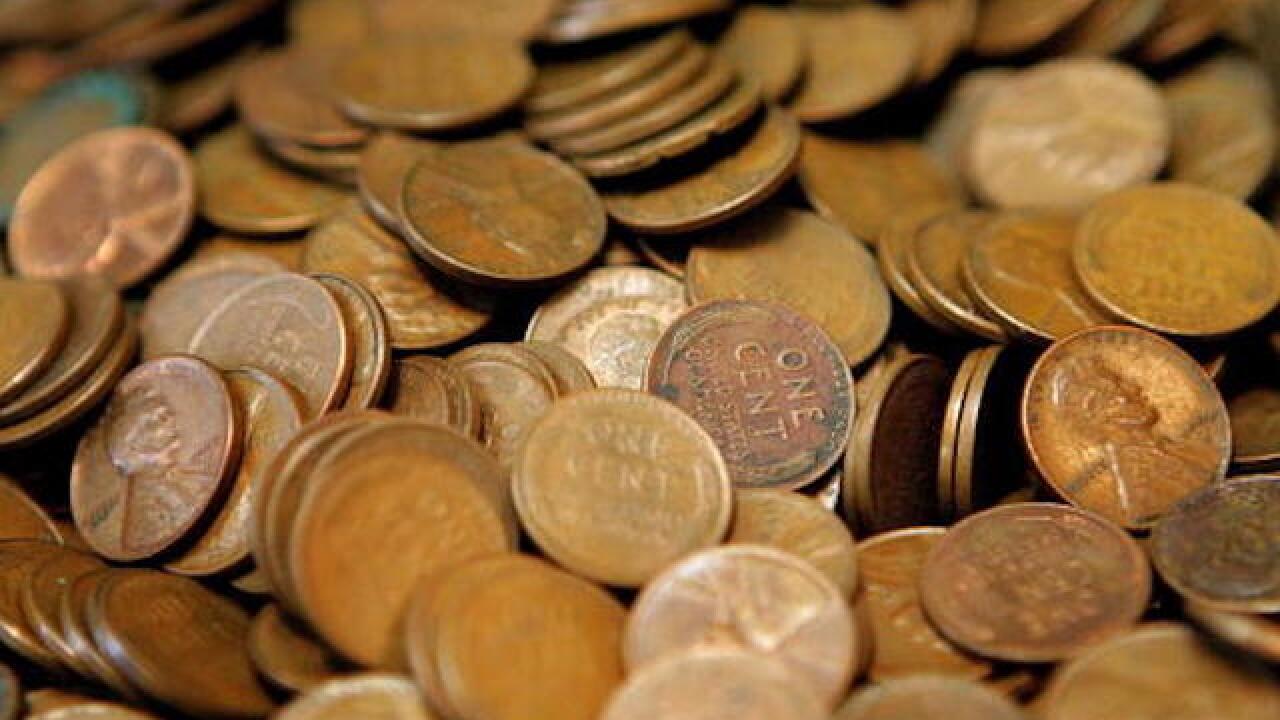 Copyright 2017 Scripps Media, Inc. All rights reserved. This material may not be published, broadcast, rewritten, or redistributed.
Tim Boyle
<p>GLENVIEW, IL - JULY 06: Pennies are displayed at Glenview Coin & Collectibles July 6, 2006 in Glenview, Illinois. Reportedly due to manufacturing costs, the US Mint may be contemplating discontinuing the penny. (Photo by Tim Boyle/Getty Images)</p>

A Virginia man sent a message to the Department of Motor Vehicles earlier this week when he used 300,000 pennies to pay the sales tax on two new cars.

According to the Bristol Herald Courier, Nick Stafford delivered the 1,600 pounds worth of pennies in five wheelbarrows to the Lebanon, Virginia DMV on Wednesday.

Stafford’s beef with the DMV began when he purchased a Corvette for his son in September. When he called the DMV to ask which of his four houses he should use as an address on his registration form, his call was rerouted to a call center at the state’s capitol in Richmond.

Stafford wanted to speak to a DMV rep near his home in Lebanon, so he filed a request under the Freedom of Information Act for the Lebanon location’s phone number. The state provided him with the number and after multiple phone calls, the Lebanon DMV provided with the information he needed.

But Stafford wasn’t done. He sued the state of Virginia for the phone numbers to nine other DMV locations, as the Lebanon location wouldn’t provide them. On Tuesday, a judge dismissed the lawsuit when a representative for the state attorney general provided him with the phone numbers.

Now Stafford had the information he wanted, but he still needed to pay the sales tax on his new cars. He paid 11 people $40 to unroll hundreds of pennies. He also purchased five wheelbarrows for $400, and the three lawsuits cost him a total of $165.