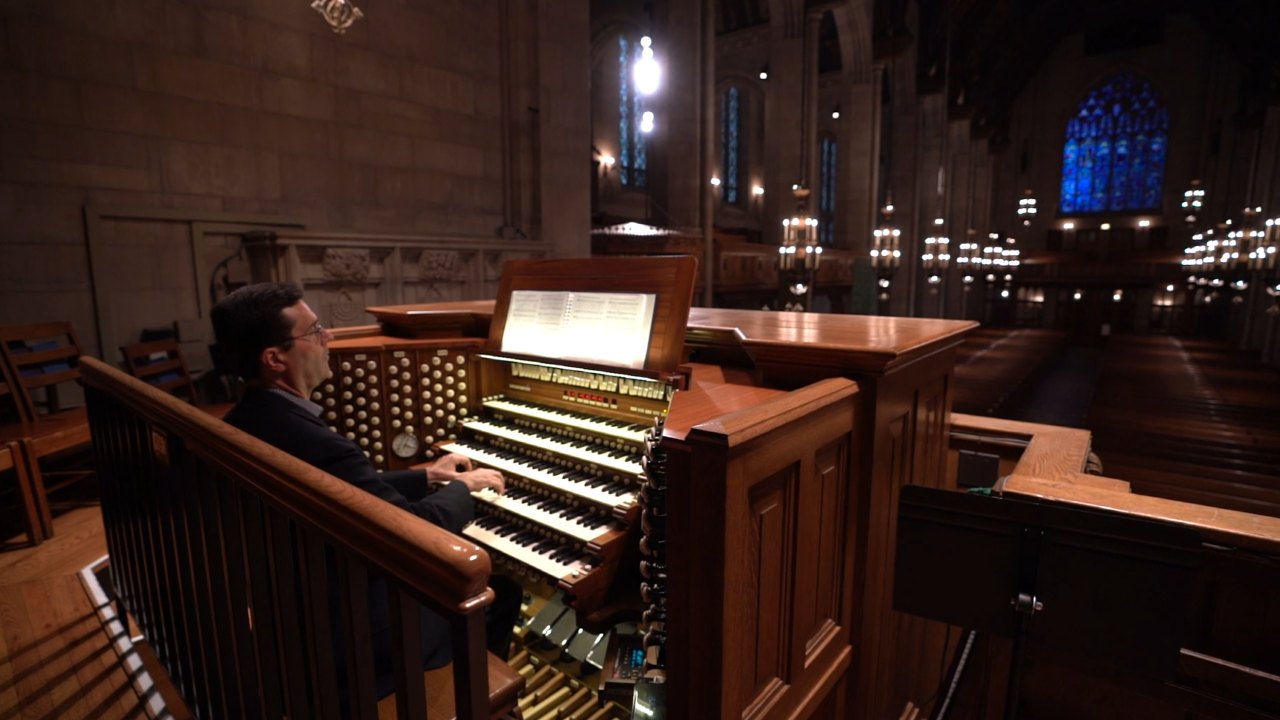 John Sherer is the organist and director of music at Fourth Presbyterian Church in Chicago, Illinois.

“Being a musician is a true calling, because through music you can touch people, you can heal people, you can connect to people in a much, much deeper way, than just through words,” he says.

Sherer believes music has a way of binding people together.

“Hearing a pipe organ connects you to the universe in a primal way, in a very profound way,” he says.

People who walk into the church as he’s playing, say the impact is immediate.

“I feel like it’s amazing and magnificent," says a child walking into the church. "I feel like God is right here and is right next to me."

Sherer discovered his calling to be a musician early in life, and he’s a big reason why a very special organ in Chicago exists today.

The creation of pipe organ took 10 years. Designed by John Michael Quimby, a consultant from New York, the instrument was completed in 2016.

“It’s really like having a whole orchestra right under your fingertips," he says. "You’ve got English horn and French horn and flutes and strings and trumpets and trombones, and no two organs are alike.”

It takes your entire body to play the instrument, and the intricate details are what make each organ one-of-a-kind. It also provides a full spectrum of sound.

“Mozart himself said it was the king of instruments.”

“The smaller the pipe, the higher the sound. That is the highest note in the organ, so that pipe’s about the sound of my little finger,” he says.

To appreciate the instrumental wonder, you have to go inside.

“The organ starts in the basement where the blower is located," Sherer says. "The air from the blower goes through massive tubes up to the pipes, and the pipes go all the way up to the ceiling. It’s like being in a tree house at this point, because you’re surrounded by so many different sections of the organ.”

Sherer says the pipes are located in the front of the church, in the back of the church and on the sides of the church. The whole building becomes part of the instrument from basement to ceiling, front to back and side to side.

The pipes in the back help create a surround sound so everyone can feel connected to the music. The finished product is a beautiful amalgamation of sight and sound.

Sherer explains it as an out-of-body experience as you’re aware of the whole space around you.