Kirstjen Nielsen could be asked to resign soon, officials predict 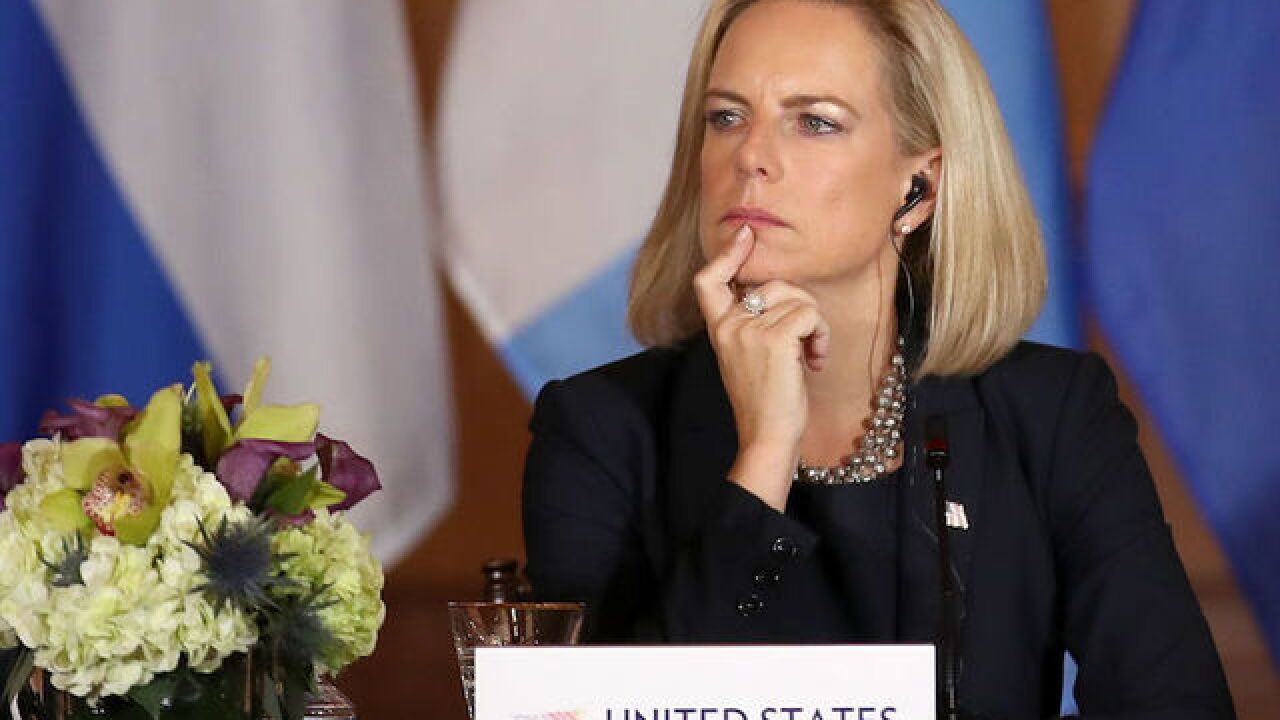 Image copyright 2018 Getty Images. All rights reserved. This material may not be published, broadcast, rewritten, or redistributed.
Justin Sullivan
<p>Homeland Security Secretary Kirstjen Nielsen looks on during the Conference for Prosperity and Security in Central America on October 11, 2018 in Washington, DC.</p>

President Donald Trump could ask Kirstjen Nielsen, his secretary of Homeland Security, to resign in the coming days, multiple officials familiar with the matter predicted, describing the President's continued frustration at her handling of his signature issue: immigration and border security.

It's not clear who would succeed her, or whether the White House has potential replacements lined up. And the timing of her departure would ultimately be up to Trump, who has been known to change his mind on personnel matters in the past.

Nielsen is expecting Trump to ask for her resignation at any time, officials said.

The Washington Post reported Monday that Trump has told advisers he has decided to remove Nielsen and that he wants her out as soon as possible, citing five current and former White House officials.

Trump has vented privately that Nielsen hasn't adequately secured the border or enacted stricter immigration rules, even as she became the face of policies that administration critics called heartless and illegal, according to people familiar with the matter.

Asked to comment, Tyler Houlton, a DHS spokesman, said Nielsen "is honored to lead the men and women of DHS and is committed to implementing the President's security-focused agenda to protect Americans from all threats and will continue to do so." The White House did not immediately return CNN's request for comment.

Nielsen's potential departure would come after a midterm election campaign in which Trump focused heavily on immigration, often overlooking economic matters in favor of false or fear-mongering language about a crisis at the southern border.

Nielsen, who served in President George W. Bush's administration, never overcame internal skepticism about her allegiance to Trump. She joined the administration as chief of staff to John Kelly, who was Trump's first Homeland Security secretary.

When Kelly moved to the West Wing as chief of staff, Nielsen followed, becoming a deputy chief of staff tasked with helping Kelly bring rigor to a freewheeling staff.

Nielsen is widely viewed as an acolyte of Kelly, the retired Marine general who has his own complicated relationship with the President. Kelly has staunchly defended Nielsen against criticism of her performance on immigration-related matters. He's also been forced to defend her to the President, who has expressed suspicion over the jobs she held in the Bush administration.

Trump has angrily aired his frustrations with Nielsen's handling of border security during contentious meetings at the White House, claiming she isn't up to the task of fulfilling the campaign promises he made to curb illegal immigration. That, in turn, has led to an internal dynamic where some officials have griped to the President about Nielsen's performance in order to gain favor with him.

The President has not sought to quell that dynamic, believing that pitting camps of aides against each other is a way to produce better results. But the constant arrows have led Nielsen to tell some associates that she is unhappy in her post.