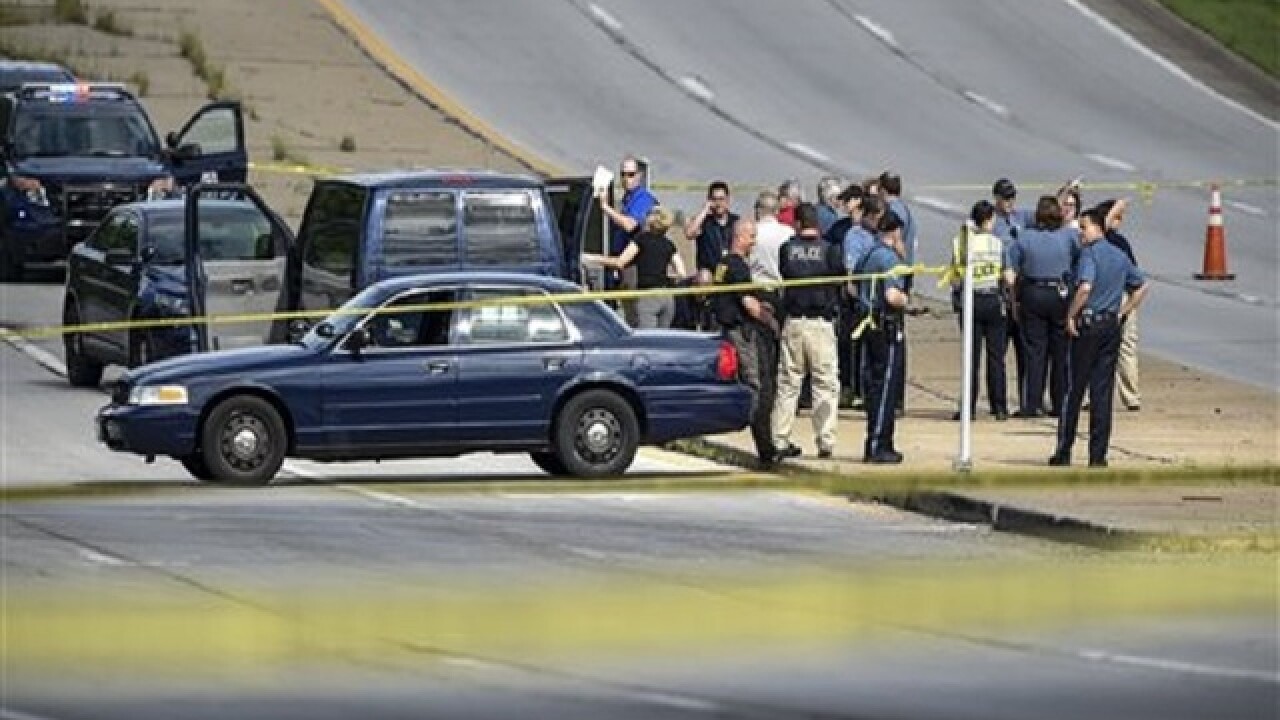 KANSAS CITY, Mo. (AP) — A police detective was fatally shot while investigating reports of a suspicious person near a racetrack in Kansas City, Kansas, and a parolee suspected in that shooting and an ensuing string of carjackings was shot and wounded then arrested in neighboring Missouri.

The detective, 39-year-old Brad Lancaster, was shot at least twice around 12:30 p.m. Monday near the Kansas Speedway. He died three hours later after undergoing surgery, his department said in a statement.

Police said the gunman shot the detective and fled in the officer's unmarked car. He later hijacked a vehicle with two children inside before abandoning that in nearby Basehor, Kansas, leaving those kids unharmed.

Police identified the suspect as Curtis Ayers, a 28-year-old man from Tonganoxie, Kansas. He was taken into custody in Kansas City, Missouri, and also was hospitalized Tuesday in stable condition, Thomas-Hickerson said.

"This individual was very dangerous. We are so happy that this individual is in custody," Kansas City, Kansas, police spokesman Patrick McCallop told reporters. "We are so glad this situation has come to an end."

There was no immediate word Tuesday about charges against Ayers.

In comments posted on the department's website Tuesday, Police Chief Terry Zeigler expressed thanks for the prayers, messages and support for Lancaster's family and the department. He said Monday that the detective had "fought a good fight, but unfortunately he died from his injuries."

Lancaster's mother, Carolynn Lancaster, told The Kansas City Star that her son "was the rock of the family." She couldn't immediately be reached by The Associated Press for comment, and the department said in an email Monday that Lancaster's family has requested privacy.

Brad Lancaster was a U.S. Air Force veteran who had served two tours of duty overseas, including one in Kuwait, the newspaper reported. Lancaster said her son had a wife and two daughters.